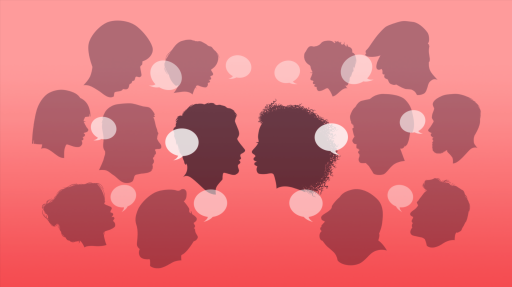 After realizing that my post-divorce love life has been more fantasy than reality, I recently signed up for a love-coaching seminar to help get me back into the dating game. One of the first things the coach talked about was figuring out what we want in a partner, and I wasn’t surprised to see “close with family” near the top of the “desirable qualities” list — at which point I couldn’t help but groan. The thing is, I’ve found that dating someone who’s close with their family is far from a guarantee that they’ll be a great partner.

Coming from a divorced home, I always craved big, boisterous holiday celebrations. My ex-husband’s family promised that and more. Before we got married, they presented the image of happy, functional marriages on trips back to his hometown, but over the course of our marriage, the illusions faded and the truth came out.

Some family members had serious alcohol problems, including multiple DUIs, and others struggled with infidelity. His family was full of enablers. I saw this dynamic when his father instructed everyone else at a gathering not to give his brother alcohol but then handed him a beer an hour later. That seemingly perfect family I thought I’d married into hid a lot of secrets behind their happy, healthy facade.

According to mental health therapist Erik Bohlin, it’s common in families with addiction or substance abuse problems to be “trapped in the idea that looking good is paramount… as long as we look fine, we’re OK.” While denial can be the coping mechanism that gets a partner through a rough childhood, it also makes it a big challenge for them to establish healthy relationships as an adult.

You might be thinking, “Well, your ex-husband’s family could be the exception, and not the rule when it comes to unhealthy dynamics.” But I’ve found that even if a romantic prospect’s family isn’t hiding dysfunction, those who come from close families can be naive about conflict. For example, my first serious boyfriend (before I got married) thought our fights signified that we weren’t meant to be together.

To him, the fact that his parents never argued indicated a good relationship. However, when I met them, his mom spent the weekend directing passive-aggressive digs at her husband. To me, that behavior revealed suppressed anger and hinted that while their marriage had lasted, it was neither healthy nor happy. Eventually, that boyfriend broke up with me because we often had different opinions and our relationship didn’t mirror his parents’ — which was his ideal, though certainly not mine.

Wanting, consciously or unconsciously, to replicate your parent’s marriage can often lead people to put “pressure on themselves to show up perfectly or pressure the relationship or other person to look perfect,” says Kavita J. Patel, love coach and creator of the Soul Level Love program. Sometimes people see fighting as a problem or sign of incompatibility instead of “two people expressing themselves in the moment, which can be healthy,” she says.

The first man I got involved with after my divorce six years ago, David*, was also divorced. One night the subject of our exes came up. “We just kind of drifted apart,” he told me. “We had opposite schedules, we never saw each other or spent much time together, and gradually it faded.” I heard the undercurrent of pain beneath his words and refrained from pointing out that not spending time with your partner is always a choice — careers, schedules and kids notwithstanding. Not prioritizing and making time for each other is passively opting out of a relationship.

David’s family of origin resembled that of happy TV shows, and as far as I could tell, he’d never thought deeply about why his marriage ended. If your childhood doesn’t involve upheavals like divorce, infidelity or substance abuse, many people choose not to delve into the hows and whys of successful relationships — perhaps because it’s often difficult, ugly and unfamiliar. My dysfunctional family motivated me to spend years in therapy learning about myself and my issues, but people from so-called ‘normal’ families sometimes don’t think that’s necessary.

After an intense few months with David, the texts slowed, the communication dwindled and his schedule grew busier. Eventually, he completely closed himself off to the relationship’s early potential and told me he had no romantic feelings for me. Ultimately, he repeated the pattern he’d established with his ex-wife with me, a perfect example of how, if you don’t take the time to learn from what didn’t work in previous relationships, you make the same mistakes.

I’ve also noticed that some people use family ties as proof of good character — implying that if they’re a good son, daughter or sibling, you shouldn’t question any of their other problematic qualities. Last spring, I dated a man whose offhand comments led me to text, half-teasing, “That wasn’t very respectful toward women. Are you a player?” he responded with this: “I took time off from work to fly home and help my parents move. Would I do that if I was truly an asshole?”

Reassured, I ignored the gut instinct that told me to take a step back. I later regretted that decision when I found texts on his phone proving that he was dating and sleeping with several other women without being honest about it. While we weren’t exclusive, I didn’t appreciate my sexual health being at risk because of his lies.

While it might sound nice, being close with your family doesn’t automatically mean you’re a great person or partner. It’s easy to love people who raised you and treat you well and still compartmentalize sex and bring unhealthy expectations into relationships based on childhood dynamics. I no longer seek to date men on the basis of them being close with their family. Instead, I’ll ask about their familial relationships and listen carefully to the answers. I’m over the idea of a big and boisterous family; now, I want a partner who’s self-aware and intentional. To me, that’s worth more than an adjective — “close” — that, when used to describe relationships can mean both everything and nothing at all.

*Name has been changed.

A version of this story was published March 2017.