Which Birth Control Kills Your Sex Drive The Least? Here’s The Answer.

It’s a common tale for many women of reproductive age: They start a new birth control option, and their once-healthy sex drive takes a serious nosedive. Maybe you are one of them.

If you’ve ever wondered how you can go from craving sex multiple times per week to, honestly, never, know that the tiny pill or interuterine device is more powerful than you might think. Low libido is a side effect of many forms of BC, and it boils down to the way many birth control options work to prevent pregnancy by altering your body’s natural hormonal makeup.

If you choose a hormonal form of birth control, changes in sex drive are to be expected. The neurotransmitters that are responsible for mood ― including libido ― have hormone receptors that regulate when they’re released from the brain, said Dana Shanis, an obstetrician-gynecologist and co-founder of V Health and Wellness. The hormones from the pill can affect that process.

“Any change in hormone levels, such as taking a pill, can cause more or less release of those neurotransmitters ― an effect that depends greatly on the individual,” she said.

Some forms of birth control, like the combination pill, have also been known to lower testosterone, the hormone that tends to power sexual desire.

If you are worried about this side effect, keep in mind, a hormonal form of BC may not affect your libido at all, said Ashley Brant, an OB-GYN at Cleveland Clinic.

“Most studies suggest that fewer than 5% of people on birth control experience a decrease in sex drive, meaning that most women using contraception don’t notice a difference,” she said. “Some women even notice an improvement in their sex drive while using birth control. This could be because they’re less worried about becoming pregnant.”

It’s hard to tell for sure who is going to experience a negative change in libido, but there are clues to consider. Alex Polyakov, clinical director at the Melbourne IVF at the Royal Women’s Hospital, said it’s common for some women to see higher and lower sex drive throughout their month as their menstrual cycle progresses, whereas others don’t feel the hormonal changes at all.

“Women who experience these fluctuations [in sex drive already] in response to hormonal variation may be more prone to experience more noticeable changes once they start taking an oral contraceptive, compared to women who do not observe these changes in the course of a menstrual cycle,” he said. 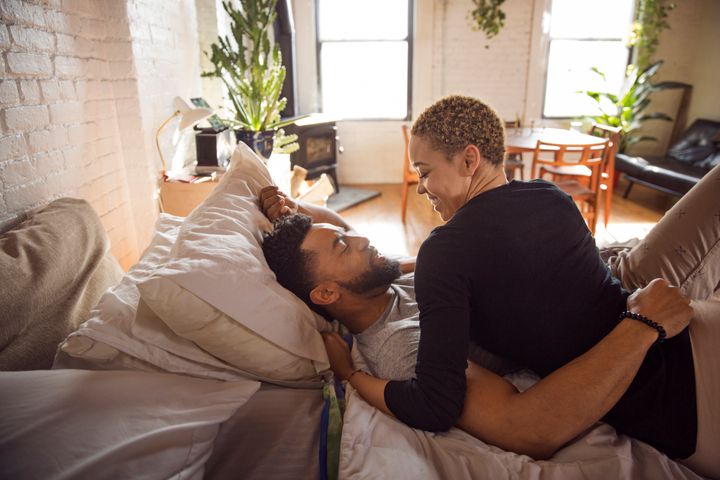 Which BC Options Take Less Toll On Libido?

Taking any form of hormonal contraceptive ― the pill (combo or mini), the patch, the ring, the shot, the implant, the hormonal IUD ― can alter your sex drive, although some might have a greater risk of doing so than others, Polyakov said. Some might be lower risk because they contain fewer hormones or have less hormonal impact on your regular cycle.

For example, a progesterone-containing IUD may have a lesser effect on the sex drive “since the amount of hormone that is absorbed is significantly less” compared to the pill, he explained. “These devices also do not usually suppress ovulation, and therefore the body’s normal hormonal environment is maintained.”

The mini pill contains only progestin, and there is some evidence it may have less effect on sex drive than the combination pill, but more research still needs to be done.

If you don’t want to mess with hormones at all, you still have options.

“The only guaranteed way to avoid side effects related to hormones is to choose a hormone-free method of birth control,” Brant said. “These include the copper IUD, condoms, diaphragms, spermicides and abstinence. Except for the IUD, the non-hormonal methods are less effective, so use with caution.”

But as Polyakov stressed, sex drive is “exceedingly complex.” While your libido does require “some degree of hormonal regulation,” it’s also largely psychological.

“For instance, if you go on a copper IUD, cramps and increased bleeding may make you less likely to want sex. If you’re on a BC option with lower efficacy, like condoms, you may be less inclined to want sex, as well,” he said.

Past trauma, as well as other mental health issues, can also play a role. Your sex drive can also be altered by medications like antidepressants. It’s important to keep all those factors in mind on top of your preferred BC method.

Keep in mind: If you test one form of birth control, and you find it messes with your desire in undesired ways, you can stop what you’re on. Each expert noted that you may need to try a few different types of birth control before you find one that doesn’t affect your sex drive (and doesn’t have other life-curbing side effects, like migraines).

Shanis said it will likely take a few weeks for “the neurotransmitter changes to go back to normal” if your sex drive has decreased ― especially if you have been on a specific type of BC, like the pill, for a while.

“Since a pill can also affect blood flow in the vagina and clitoris, the arousal process and ability to orgasm are sometimes affected, as well,” she said. “The return of blood flow usually occurs within two weeks.”

It’s also wise to bring your partner into your birth control discussions, Polyakov said. If you feel like your desire is dropping, talk to them about other ways you can increase it in the bedroom. Open lines of communication about what you’re going through can also help create more intimacy, which in turn can help your sex drive, too.

Prostate cancer symptoms: The sign when you pee you could have the deadly disease

There Is No Cure for COVID-19, No Matter What the Internet Says
Recent Posts