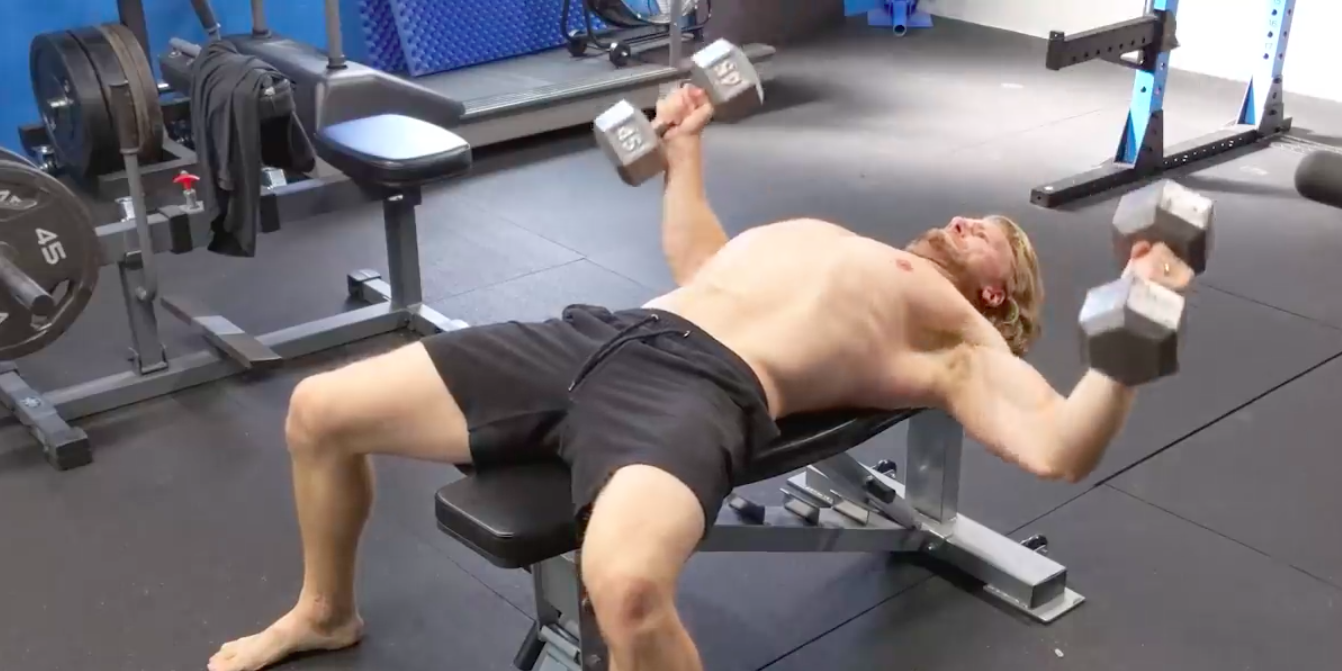 Watch This Bodybuilder Work Out on Just 4 Hours of Sleep

Having a new baby can throw everything into chaos, and when you’re a bodybuilder whose life is built on regimented routine, adapting can be tough. Following the birth of his second child, fitness YouTuber Hudson White (a.k.a. one half of the Buff Dudes) decided to turn his newfound lack of sleep into a challenge, limiting himself to just four hours of shuteye each night for a week (compared to his usual eight to ten). Here’s how it affected his training.

Since he only had about 45 minutes to train each day, White made it count by focusing on supersets which kept his heart rate high. He also played it safe by making sure the weights weren’t too heavy, as he was drowsier than usual. Keeping the weights lighter and taking shorter rest times meant that he was ultimately able to complete his workout faster.

“When you only have a little time and you’re dealing with fatigue, you have to play it smart and you have to utilize your time” he says in the video, adding: “You may not feel like doing it at the beginning, but damn, you feel really good when you’re about to wrap up, because not only did you get it out of the way, but now you feel the power of that pump.”

In addition to dealing with constant feelings of fatigue, White notes that one of the main challenges he faced was fighting off the temptation to indulge in junk food in his sleep-deprived state. “You end up snacking a lot, it throws off your diet, and diet is a huge part of what keeps you in shape.” He used meal prep as a way of ensuring he kept his diet on track during the challenge.

Trying to stay on top of your fitness while juggling a whole other range of priorities on next to no sleep can be exhausting, but White finds consolation in the fact that carrying around a baby is a great workout in itself: “They’re the weights that keep getting bigger!”

Raw milk: the benefits are unclear but the dangers are real