Walking to school is not enough to prevent obesity 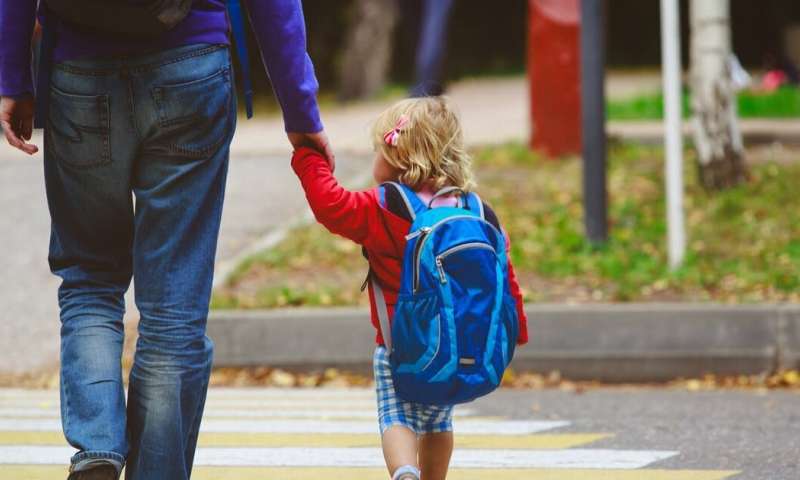 More children are overweight or obese nowadays because they don’t get enough exercise, it is often claimed. One of the UK government’s goals in the Childhood Obesity Plan is to increase the number of children who walk to school. Walking is certainly healthy, but is it enough to combat childhood obesity? Our latest study suggests it isn’t.

We’re not suggesting that walking to school leads to childhood obesity, but that living in a poor neighborhood and being poor does. Combating childhood obesity needs more than simply getting children to walk to school more often. That’s because many factors influence a child’s weight, including economic and environmental ones that affect physical activity and diet.

Right to a healthy environment

For too long behavioral intervention programs that focus on education and personal responsibility have been seen as the answer to unhealthy lifestyles (physical inactivity, unhealthy eating) and childhood obesity. We focus on treatment instead of prevention and wonder why we have a revolving door system—one that’s not working.

Behavioural intervention programs are mostly ineffective in the long run and do little to tackle health inequities when the policies and the social and environmental conditions that promote unhealthy eating and inactivity are left untouched. Even when behavioral intervention programs are successful, there’s a new group of children waiting to take part in the next one.

Children have a right to live in a healthy environment. Combating childhood obesity and its inequalities will only be achieved when the neighborhoods children live in support physical activity and healthy eating. We need policies that ensure there’s a level playing field in terms of the accessibility and pricing of healthy food and active leisure opportunities. It should come as no surprise that childhood obesity is highest and increasing at the fastest rate in the most deprived neighborhoods.

Households in deprived neighborhoods often have little disposable income, which makes accessing active leisure opportunities, such as sports clubs, difficult. It also makes it harder to have a balanced diet – the poorest households in England would need to spend 74% of their budget on food to achieve Public Health England’s healthy eating advice.

The government’s Childhood Obesity Plan recognizes that the environment needs to change, but little is being done at a policy level to see this through. Children face diminishing opportunities to take part in active leisure as a result of cuts in public funding. Public swimming and leisure centers, which were once free for all children, face closure. Cuts to maintenance budgets and increased urbanization place public parks and green spaces under threat, too.