Home » Health News » Uninsured Woman Received a Bill for Over $34,000 for Coronavirus Testing and Treatment 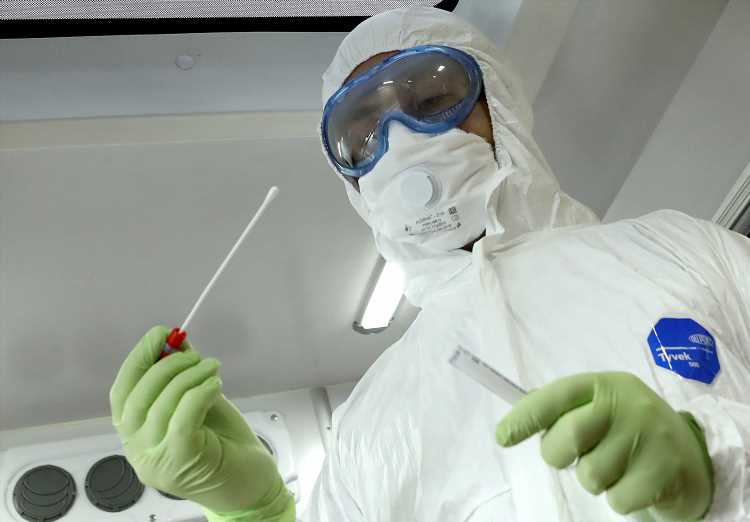 Uninsured Woman Received a Bill for Over $34,000 for Coronavirus Testing and Treatment

After being diagnosed with the novel coronavirus, one uninsured woman received a staggering bill for over $34,000.

In fate February, Danni Askini, contacted an oncologist who had been treating her lymphoma, to report that she was experiencing chest pain, shortness of breath and a migraine, TIME reported.

Although all symptoms of the widespread virus, formally called COVID-19, her doctor thought she was likely having a bad reaction to some medication and sent her to a Boston emergency room, which in turn told her she likely had pneumonia, according to the outlet.

After coming down with a fever and a nasty cough, Askini made two more trips to the emergency room and was eventually given a test, which confirmed she had been infected with the virus.

Days after receiving the test results, Askini got a bill from the hospital for $34,927.43.

“I was pretty sticker-shocked,” she told TIME. “I personally don’t know anybody who has that kind of money.”

Although legislation has been passed that will make coronavirus tests available for no cost, the relief bill does not currently address the total cost of treatment, which could include out-of-network care and testing unrelated to coronavirus, that individuals may incur.

Earlier this month, the Kaiser Family Foundation estimated that among people who have insurance through their employers, the average cost for treatment could range from $9,763-$20,292 and that out-of-pocket costs could be around $1,300.

As concerns over testing has grown, several private insurance companies have also said that they will waive co-pays for testing and those on Medicare or Medicaid will also get tested for free. During the congressional hearings on Thursday, House Democrats pushed CDC director Dr. Robert Redfield to promise free testing to all Americans, which he agreed to after pressure from California Rep. Katie Porter.

However, given the country’s shortage of testing kits, getting tested for the coronavirus is often not a simple task for Americans.

Though President Donald Trump has previously said that any American who “needs a test gets a test,” that has not yet been the case. As of Thursday, the CDC has tested around 4,500 people, and outside laboratories have tested an additional 40,000.

The lack of available testing kits spurs from a manufacturing problem with the first batch of kits, made by the CDC. Correcting that error delayed production, and the CDC has only recently started sending the new versions out to states.

Additionally, the CDC restricted private health companies and academic institutions from creating their own kits without approval from the Food and Drug Administration until Feb. 29.

On Thursday, a popular home testing company Everlywell announced that they will have an at-home coronavirus test available for consumers by Monday, March 23 — making them the first private company to distribute testing directly to consumers.

Once consumers are approved for the test, they can purchase it for $135 on Everlywell’s website. The company said that this will be “no profit to Everlywell, and will be covered by participating HSA and FSA providers.”

“Everlywell has reached out to government officials and public health departments to see if the test can be made available for free,” they said in a statement.

The Food and Drug Administration is also testing a drug previously used to treat malaria as a possible treatment for the widespread respiratory illness.

As of Friday morning, there are at least 12,392 confirmed cases of coronavirus in the United States and 195 people have died of COVID-19-related illnesses.

As information about the coronavirus pandemic rapidly changes, PEOPLE is committed to providing the most recent data in our coverage. Some of the information in this story may have changed after publication. For the latest on COVID-19, readers are encouraged to use online resources from CDC, WHO, and local public health departments and visit our coronavirus hub.