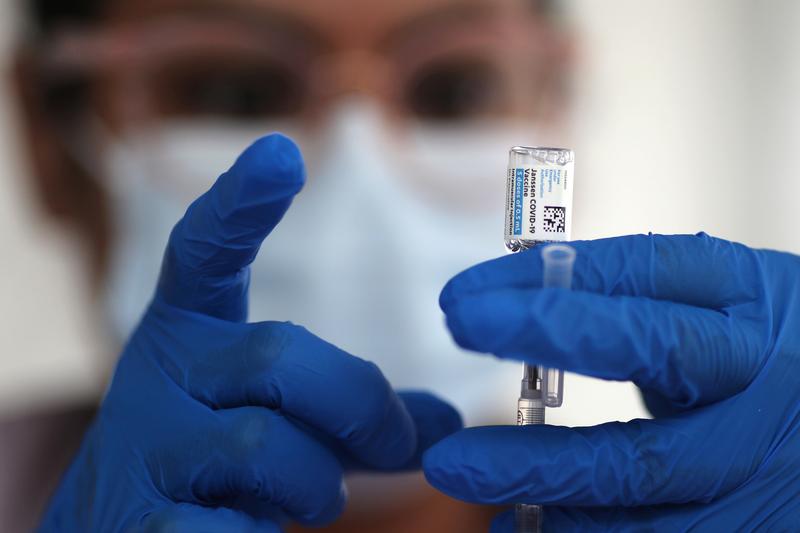 Only 785,500 J&J doses will be allocated, compared to 4.95 million doses this week. The U.S. Department of Health and Human Services (HHS) and J&J did not immediately respond to requests, made outside regular hours, for comment on the drop in numbers.

A New York Times report last week said that workers at an Emergent BioSolutions facility in Baltimore, which produced both AstraZeneca Plc and J&J doses, mixed up ingredients of the two vaccines, ruining 15 million J&J doses.

However, the Baltimore facility has not yet been authorized by the U.S. Food and Drug Administration, and a federal health official told Reuters last week that none of the vaccine doses from the plant have been used in vaccination efforts so far.

J&J has reiterated that it expected to deliver 100 million doses to the government by the end of May.

According to the CDC data, California is the main recipient of the J&J vaccine, followed by Texas and Florida. The vaccine allocation for California is down by about 88%, with the state set to receive only a maximum of 67,600 doses next week.

A California health official told Reuters that the number will be down further in the week starting April 18, with only 22,400 doses of the J&J vaccine allocated to the state.

U.S. President Joe Biden on Tuesday moved up the COVID-19 vaccine eligibility target for all American adults to April 19.

Take these social distancing-friendly boxing bag workouts to the gym