I still remember my birthday cake from my fourth birthday. It was baked into the shape of a dress for a Barbie doll and topped with a sugary pink icing dress — in other words, the most beautiful thing I’d ever seen. Cake is important, especially for kids, which is why this mother-in-law’s action were over-the-top.

One mom posted in the “Am I The A—hole?” subreddit about her MIL purposely trying to upstage her granddaughter’s cake on her third birthday party, and the whole thing is so ridiculous.

“My (23F) MIL (67F) is the nicest person in the world and I love her,” the mom started off by saying, “but sometimes she doesn’t understand that she is a grandmother and not the mother of her grandchildren.” Yikes! The mom goes on to offer an example that’s (literally) the icing on the cake: “[M]y daughter (3F) chose a cake for her birthday and my husband (37M) and I bought it for her and my MIL knew, but she still showed up a few minutes before the party started with another cake.”

Are you kidding? She knew her granddaughter already picked out a cake, but still went through the trouble of baking her own cake and bringing it to the party?! Like, how did she think that would be taken?

“It was much bigger, and beautiful but it was not what my daughter wanted,” the mom continued. “And you know at that age they get obsessed with one thing and use it on everything, cake, clothes, toys EVERYTHING.” Exactly. While a surprise cake might not always be unwelcome, it definitely would be at a 3-year-old’s birthday party, especially when she already chose the cake she wanted. I just want to know her thought process. “My granddaughter already picked her favorite character cake, but she’ll thank me for baking her a different cake?” Right…

Then the MIL got mad when the mom didn’t move the new cake to the place of honor at the party. “The point is that the table was decorated with the cake and cupcakes of the characters that she likes, so I couldn’t throw away the cake that my daughter wanted so much to put my MIL’s on,” the mom wrote, because duh! I’m sure it all matched the theme and everything too. How could the MIL not have anticipated this? 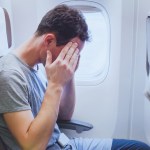 “And she says that hurt her because she thinks it was possible to put hers on the side at least,” the OP continued. “I told her no because that could have ruined the theme of the party, and she got angry because she says that my daughter doesn’t understand that and that I only decided not to use it because it looked horrible to me and that’s not true. I think it was a beautiful cake but it did not go with the theme of the party. So I didn’t use it as the main cake, but we cut it up and shared anyway, but that wasn’t enough for her because now she’s mad at me.”

Some people are really and truly the worst. At the end, the mom wondered if she should have said sorry. “I probably would have apologized for hurting her if she was a normal grandmother but she’s not, she thinks she’s the mother,” the mom said. “It is not the first time that she wants to do something for my children (4M, 3F, 1F) when I already did it so I’m tired. AITA?”

One person responded: “NTA. Your MIL is sneaky and manipulative. She is purposefully creating drama, maybe to try to cause a rift between you and your husband? Not sure.

Don’t buy the fake niceness. She may be nice, but she’s also passive-aggressive and manipulative.”

Many people pointed out that this situation is even ickier than it seems at first glance. The MIL is probably over-stepping because the OP is so young compared to her husband.

“Info: So when your husband was 32 he got an 18-year-old pregnant?” one person asked. Another responded, “And this goes back to OPs complaint that she acts like their mother. A 32-year-old doesn’t groom an 18-year-old because she was mature for her age, but because his mum wanted babies and he needed an easily manipulated surrogate. 3 babies under 5 and she’s barely out of her teens. Both hubby and MIL are predatory.”

“Sorry, I can’t get over the fact that your husband is 14 years older than you and you were pregnant at 18,” another said. “And have 3 kids by age 23. Your MIL needs to recognize boundaries. NTA about the cake per se.”

Someone else pointed out, “This post is not about the theme of the party or such other things like OP would want us to think about. This is about control and treating you like a child OP. Your MIL is not a good person the way you describe because a good person would respect your boundary and would understand that they are not the parent and only a grandparent.”

“Compared to the husband and MIL, she basically is a child,” another wrote. “You don’t knock up a teenager in your 30s because you expect a relationship with an equal partner. Whether the MIL thinks of herself as parent or grandparent is secondary to the fact that both she and the husband think of OP only as an incubator.”

Another person offered a lighthearted solution: Ignore the drama and eat the extra cake! “My in-laws showed up to every single one of my kids’ birthdays with their own cake because they ‘weren’t sure we’d have one,’” one person wrote. “It’s definitely some sort of weird power play or implied insult but I never figured it out because I was too busy inhaling extra cake.” Mother-in-law antics, like just about anything else, always go down more smoothly with a little sugar!

Before you go, check out these wild stories about Reddit’s most horrific mother-in-laws.

Experiencing winter blues? Here’s why mental health worsens in January and how to manage