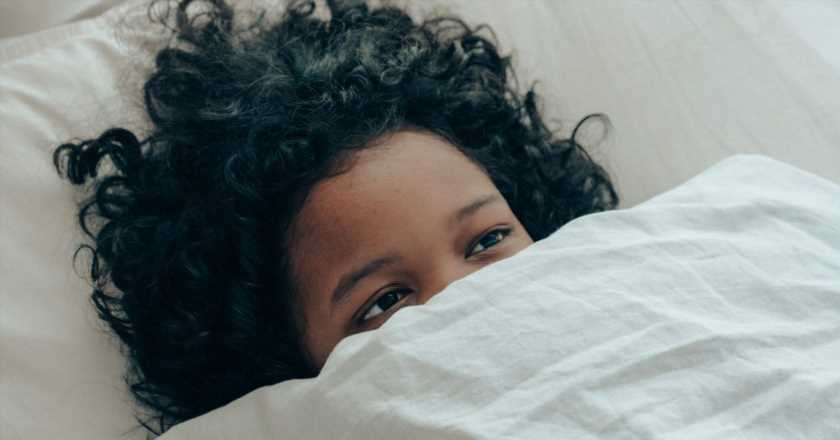 It’s normal to wake up between sleep cycles, but long wake-ups in the middle of the night can have an impact on your health.

We’ve all spent time tossing and turning in bed, unable to fall back to sleep no matter how desperate we are to do so. And if you wear a fitness watch or track your sleep on your phone, its digital analysis might also show spikes of wakefulness in a sleep you thought was pretty restful.

These waking moments, whether you’re aware of them or not, can add up. Trackers alert you to the fact that you spent 15, 30, 45 or more minutes a night out of your slumber. But do these minutes matter to your health?

Why sleeping on your side is better for brain health, digestion and energy, according to scientists

First and foremost, waking up in the night is totally normal, says sleep expert Dr Katharina Lederle. “We sleep in 90-minute cycles and at the end of each cycle, we have a brief awakening. Typically, that wake-up is very short – too short for our brain to really register. The general belief is that we have evolved to have these normal awakenings to check that the environment is safe, change position for comfort and then fall asleep again,” she says

But you won’t be alone if the amount of sleep you feel like you’ve lost is a cause for concern. “Our sense of time can be warped in the middle of the night. It can feel like we’re awake for hours, but often it is only minutes. The brain is not good at assessing when it is half asleep,” says Dr Lederle. But even if you don’t remember it as feeling like hours, those small minutes on the app might seem worrying.

Waking up in the night can feel worrying, but is it bad for your health?

They’re not, Dr Lederle says. The real worry is if your wake-ups are long and consistent. “If you are struggling for three nights a week or more, waking up for 20 or 30 minutes or longer, you might meet the terms for insomnia, so it’s important to talk to a doctor. It could also be that you are waking up several times at night for shorter bursts of around 10 minutes. All of these disrupt the quality of your sleep.”

Poor sleep quality undoubtedly has an impact on us, and it goes beyond general tiredness with heavy eyes and slow brains. “Fragmented sleep has implications on your physical and cognitive performance, so not only your ability to think and move, but also your emotional wellbeing, your mood and your physical health,” says Dr Lederle.

A review on the subject, in Nature And Science Of Sleep, found that breaking sleep continuity (that is, waking people up as they sleep) is more stressful to the body and mind than an overall reduction in sleep time. It results in activation of the sympathetic nervous system that puts you in the fight or flight mode throughout the day. Too much of that stress is linked with an increased risk of cardiovascular disease and mental health conditions.

How to sleep sounder, stress less and feel better, according to a GP

It’s worth noting that this was a forced disruption to the sleep mid-cycle, rather than naturally waking up, but it is still alarming to hear how influential waking up at night can be.

Avoid going on your phone if you wake up at night

How to stop waking up at night for better health

If you’re worried about your wake up habit, make sure you talk to your GP as Dr Lederle advises. If you don’t think it’s insomnia but want to reduce your chances of opening your eyes in the dark, try her four tips.

“I know that’s easier said than done, but in most instances, the times we properly wake up are when we come out of sleep as part of our normal cycles and the brain hijacks that awakening with things you haven’t been able to work through that day,” says Dr Lederle.

Finding ways to avoid the brain hijacking your sleep is the first port of call. That might be a quick brain dump in a journal so you can get your worries out on paper, or avoid your phone for a few hours before bed so that work isn’t at the forefront of your mind and a cause of panic when you wake up.

Avoid looking at your phone

Speaking of screens… “Certainly don’t go on your phone when you wake up in the night,” says Dr Lederle. “It’s something that people do very often to just distract themselves from these unwanted thoughts or to check the time as they toss and turn. But that only backfires because you then look at light, which wakes you up or more stressful information comes in.”

Instead, try breathing practices while you lie there. And remember, it’s probably not as long as you think it is.

“Learn not to struggle and resist being awake at night. That maybe sounds a bit paradoxical, but when you stop fighting against it you shift into a place of mindful acceptance, which then means you are physiologically relaxed and better able to sleep. And that’s the key here,” says Dr Lederle.

“I’d be very careful with the sleep trackers,” adds Dr Lederle. “If you don’t have any memory or sense of having been awake for an hour, and you wake up feeling fine, why let a device tell you you’ve been up? It leads to anxiety and panic.”

None of us can really resist seeing what our tracker says, so she advises first checking in on how you feel, spending some time awake and in your body before looking at what the watch says.

Exploring the impact of climate change on lymphedema symptoms

Warning: The mineral supplement linked to a ‘near tripling’ risk of open heart surgery
Recent Posts