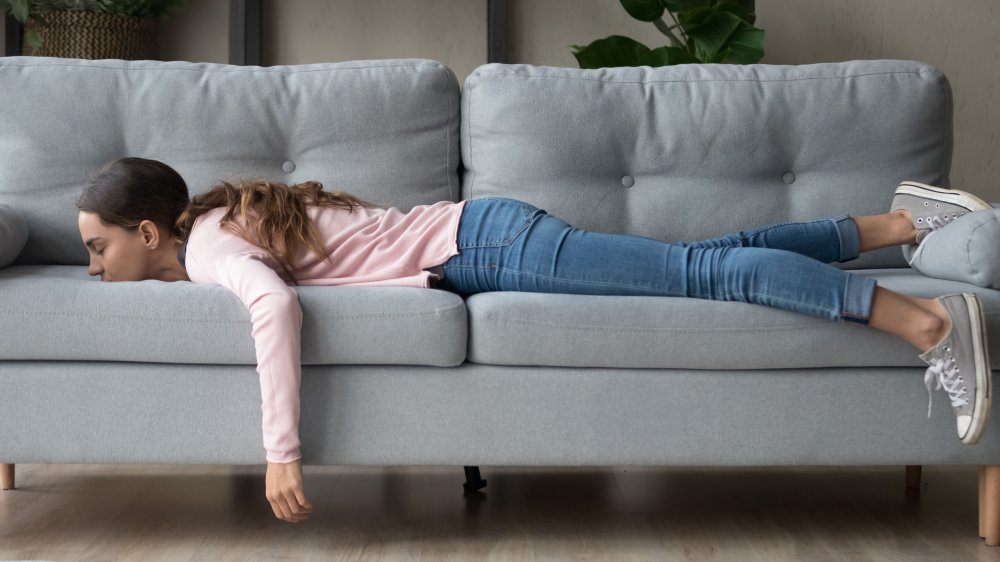 This is the best time of day to take a nap

Thomas Edison did it. Margaret Thatcher did it. Eleanor Roosevelt did it. Leonardo da Vinci did it. For those of you who think naps are only for young children, we and the aforementioned legends would beg to differ. “Sleep makes us more productive, creative, less stressed and much healthier and happier. Even a 20-minute nap in the middle of the day can make a huge difference. I grew up thinking that if you work around the clock, you are going to be more effective, and I realize that is not true,” HuffPost co-founder Arianna Huffington, who is also a sleep advocate, told Today (via HuffPost).

Napping is more than just the hair of the dog that can lick mid-day drowsiness. While naps are great at soothing the angry toddler, sleep experts at Mayo Clinic say naps are also linked to reduced fatigue, relaxation, increased alertness, improved mood, and better reaction times and better memories in all adults.

The best time to take a nap is between 2-3pm

There is a right way and a wrong way to take a nap, because naps can easily backfire on the people that are taking them. For most folks, the National Sleep Association says that the best time of day to nap is between 2-3pm; this is the window after lunchtime, after you’ve had a meal, and when your energy levels begin to dip. Your body might also consider this to be the perfect nap window, because catching zzz’s during this time isn’t likely to hurt your ability to sleep at night. But if you find yourself flagging before or after that, listen to your body. Sleep experts say the optimum nap time can also be based on the time you wake up, so if you get up at 6am, naptime could be at 1:30pm; and if you get up at 7, naptime could be at 2pm.

But even if you nap at the recommended times, it is important to keep naps to no longer than 30 minutes; the reason for this is that anything longer than that could lead to sleep-inertia, aka post-sleep grogginess, which we get when we wake up after a particularly long afternoon sleep (via Harvard).