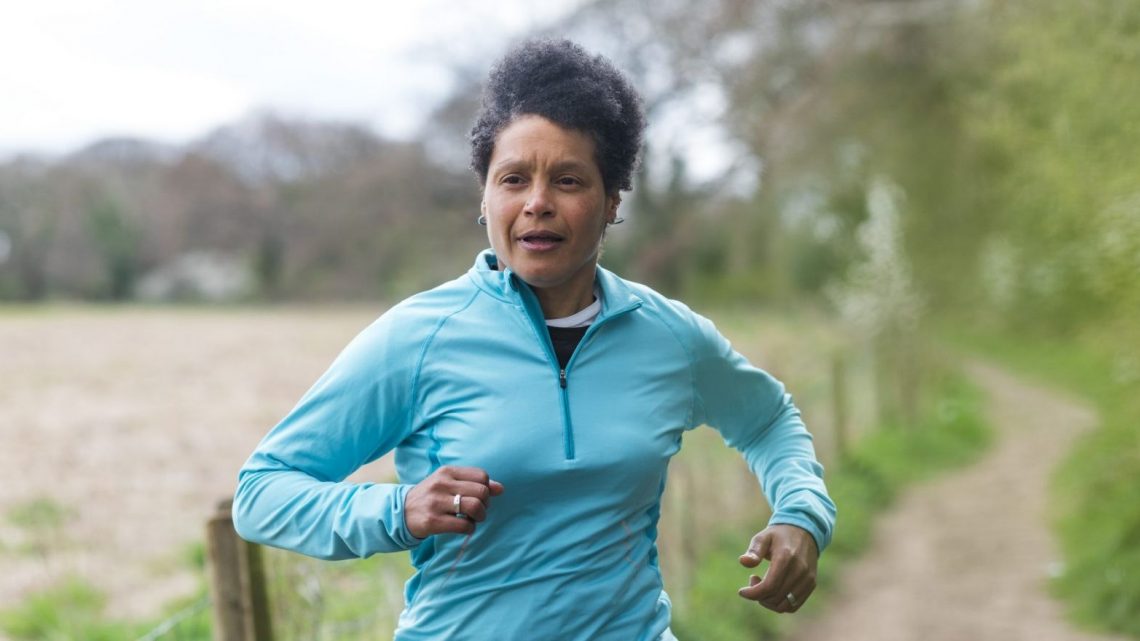 It’s a fact that we lose strength and speed as we get older, but just how soon can we expect to notice a difference? Here’s what the science says…

There comes a point in everyone’s life when that weekly workout feels harder than ever. Perhaps it’s down to a hedonistic weekend or poor sleep… but if you’ve been struggling for a while and you’re slowly progressing through your 30s, might age be playing a role?

Anyone who’s exercised with their parents knows that age can suddenly creep up on people. I was around 13 when I first started running with my dad. He’d run on ahead of me during our morning sessions, jogging on the spot at corners for me to catch up. When I was about 25, I finally overtook him and by 27, it was me who was jogging on the spot for him.

Now that I’m in my 30s, I’m able to lift heavier and sprint faster than ever – but how long is that going to last? Is my fitness on the precipice of decline? We all know that exercise should be a life-long ambition and for me, seeing my dad still run and swim every day (aged 75) is proof that the more you move, the fitter you’ll be – regardless of age.

But knowledge is power. For those of us keen to keep training well into old age, it’s vital to know if there’s anything we can do to slow down the impact that ageing has on our fitness goals.

Fitness hack: how to use functional imagery training to reach your fitness goals

Strength starts to decline in our 40s…

The question is, at what point do those heavy lifts get harder and does being fit and strong when we’re younger delay that drop off?

Sarcopenia is the gradual loss of muscle mass that happens with ageing. We reach peak strength in our 20s and according to a 1997 study, power and strength start to decline for both sexes by our early 40s. After that, we lose muscle mass at a rate of around 5% per decade. The good news is that exercise can stave off an even reverse muscle loss. Older people who lift weights can slow or reverse that decline, even if they’ve not weight lifted before. A study of 57 adults aged 65–94 showed that performing resistance exercises like leg presses three times per week increased muscle strength over 12 weeks.

Strength tends to start dropping by about 5% from our 40s – but if you keep on training, you stand a good chance of retaining more muscle mass.

… but cardio arguably gets easier with age

Life-long cardio lovers can also give themselves a pat on the back. A University of Birmingham and King’s College London study looked at the muscles of 125 amateur male and female cyclists aged between 55 and 79 and found that a lifetime of regular exercise can slow down the muscle ageing process. The cyclists’ results were compared with a group of healthy people who didn’t take part in regular physical activity and who were aged between 20 and 80. The study found no losses in muscle mass or strength among older cyclists who exercised regularly. It also found that body fat and cholesterol levels remained unchanged with age, and the immune system didn’t age either.

In other words, exercise is always a good idea and if you keep on moving throughout your life, you’ll continue to reap the tremendous benefits.

But we do lose testosterone in our early 30s

“There are a few objective markers that biology has as markers for when performance can drop, like testosterone production, which seems to be in that 28-32 year time window,” explains Danny Mackey, head coach for the Brooks Beasts Professional Track Team.

Metabolism slows and human growth hormone production (the stuff that regulates body composition and muscle growth) drops as we age, but Mackey doesn’t think that these facts have to necessarily be negative. Speaking from a running point of view, he says that in his experience – backed by research – “the best way to make running easier as we age is to keep doing it.” It seems logical to think that the same is with all sports; if you keep lifting, dancing, cycling, then you’re likely to keep going for longer.

“I’ve watched athletes in their 80s sprint and do it fairly well,” Mackey says, pointing out that even at the professional level, it’s now normal for men and women to be world-class competitors in their early 40s.”

Interestingly enough, I’ve seen first hand how little difference age can make in running. At my first marathon, I found myself talking to a bunch of women in their 50s who ran a marathon every year and who were aiming to beat my goal by some distance. In the 100km race I ran the following year, a paramedic told me that my friend and I were being beaten by a runner in his 70s who was two hours ahead of us. The medic put it down to the fact that the pensioner had practised yoga for the past 40 years and as such, was more limber than the army guys we were jogging with. In marathons at least, it seems that experience > age and power.

If we look at some of the strongest female athletes around right now, we can see that some are only just reaching their prime in their mid-30s. Katie Taylor, the Irish two-weight world champion and undisputed lightweight champion boxer, is 36. Swimmer Dara Torres won three medals at the 2008 Olympics, aged 41 while Dame Kelly Homes took gold at the 2004 Olympics in the 800m and 1500m (only the third woman ever to do the double), aged 34. Things may naturally start to drop off in our 30s and 40s but that doesn’t mean we don’t have any power over how our bodies operate.

How to stay fit and strong as you age

Whatever it is that you like doing, keep on doing it – whether that’s lifting, running, swimming or rollerskating.

Strength training is by far the best thing you can do to build lean muscle mass and it’s important to carve out one or two sessions a week. You’ll find that it helps with your other activities as well.

You can’t overlook the impact that nutrition can play on our overall wellbeing. Try to have a balanced diet that includes plenty of fruit and veg, legumes, healthy fats and good quality proteins. Aim to eat 30 different plants a week to support your gut health.

Flexibility and balance are two of the most important factors in staying independent as we age. Experts recommend:

The better balanced and supple you are, the lower chance you have of falling.

Ready to start laying the foundations for life-long health now? Pop over to the SWTC training plans for introductions to strength training, running-specific circuits and more advanced sessions that are guaranteed to push you to the next level.