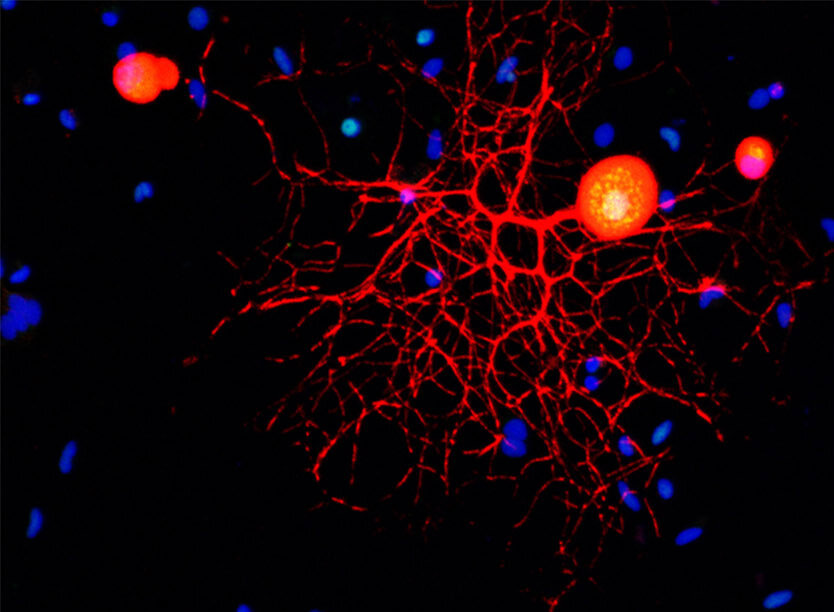 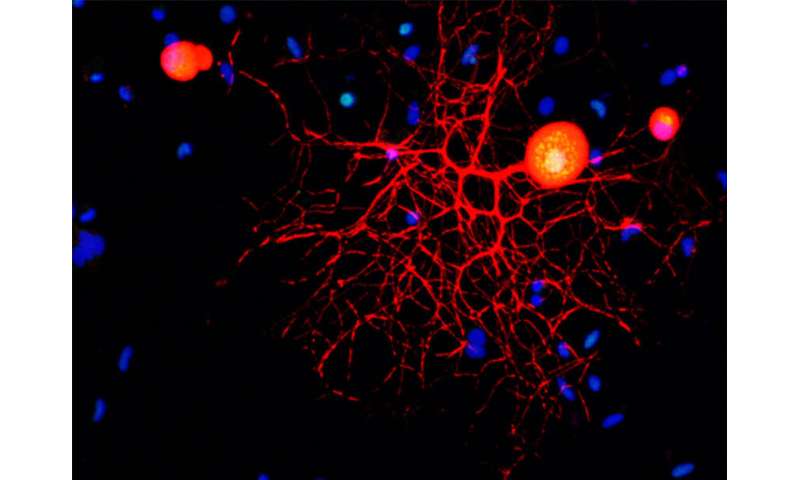 Something like a quarter of the world’s population suffers from chronic pain at some point in their lives. As opposed to acute pain—for example, the feeling after hitting your finger with a hammer—chronic pain may not even have a clear cause, and it can linger for years or lifetimes. The burden of chronic pain includes damage to mental and physical health, lower productivity and drug addiction. A new study led by scientists at the Weizmann Institute of Science suggests an original approach to treating this affliction, by targeting a key gateway leading to the activation of genes in the peripheral nerve cells that play a role in many forms of chronic pain. The findings of this study were published today in Science.

Pain starts in the sensory neurons—those that pass information from the skin to the central nervous system. Damage to these neurons, chronic injury or disease can cause the neurons to “short circuit,” sending continuous pain messages. Prof. Mike Fainzilber of the Institute’s Biomolecular Sciences Department investigates molecules that regulate the biomolecular messaging activities taking place within these nerve cells. These molecules—importins—are found in every cell, acting as conduits between the cell nucleus and its cytoplasm, shuttling molecules in and out of the nucleus and thus controlling access to the genes. This role takes on special significance in the peripheral nerve cells, with their long, thin bodies in which molecular messages can take hours to get from nerve endings to cell nuclei. Some of the importins Fainzilber and his team have identified, for example, relay messages about injury to the body of the nerve cell, initiating repair mechanisms.

To ask whether importins are involved in chronic neuropathic pain, the researchers, led by Dr. Letizia Marvaldi in Fainzilber’s group, first set out to screen a number of importin-mutant mouse lines generated by the lab of Prof. Dr. Michael Bader at the Max-Delbruck Center in Berlin, who collaborated in this research. The research was supported by the European Research Council.

Behavioral screens on these different lines revealed a particular importin—importin alpha-3—as the only importin implicated in controlling pain pathways. The team then sought to identify the gene expression pattern associated with long-lasting pain in peripheral nerve cells, and see how it tied into importin alpha-3 activity. Analyses of differences in the expression patterns between normal neurons and neurons lacking importin alpha-3 directed Dr. Marvaldi’s attention to c-Fos, a protein that importin alpha-3 brings into the nucleus. c-Fos is a transcription factor—a molecule that raises or lowers the expression of numerous genes. Further experiments in mice showed that c-Fos accumulates in the nucleus in peripheral nerve cells of mice suffering from chronic pain.

They then used specialized viruses as tools to reduce or disable importin alpha-3 or c-Fos in mouse peripheral nerve cells. These mice had much reduced responses to chronic pain situations than those of regular mice. Further research showed that importin alpha-3 is critical in late and chronic pain. c-Fos is also involved in earlier pain responses, but it seems to enter the nucleus by other means at those earlier stages. This suggests that blocking importin alpha-3 activity might be especially well-suited to preventing lasting, chronic pain.

The research team then took their findings to the next level, asking how easily they can be translated to clinical application. They took advantage of a specialized database, the Connectivity Map (CMap) from the Broad Institute in Massachusetts, which reveals connections between drugs and gene expression patterns. This database enabled them to identify around 30 existing drugs that might target the importin alpha-3-c-Fos pathway. Almost two thirds of compounds they identified were not previously known to be associated with pain relief. The team chose two—one a cardiotonic drug and the other an antibiotic—and tested them again in mice. Indeed, injection with these compounds provides relief of neuropathic pain symptoms in mice.

“The compounds we identified in this database search are a kind of fast track—proof that drugs already approved for other uses in patients can probably be repurposed to treat chronic pain,” says Marvaldi. “Clinical trials could be conducted in the near future, as these compounds have already been shown to be safe in humans.”