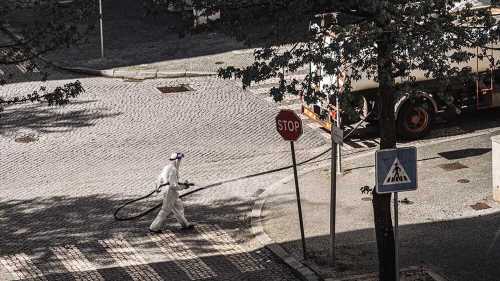 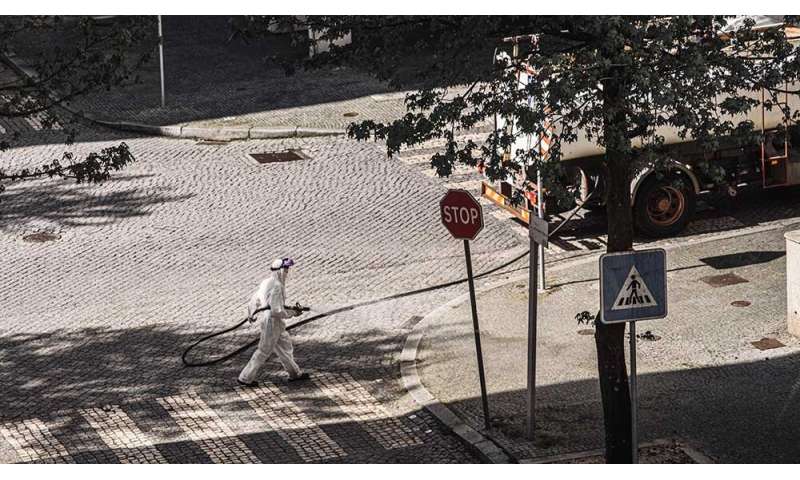 A team that has spent the last five years developing a pipeline of technologies that can churn out a remedy for almost any newly emerging virus may have treatments ready for safety trials on Covid-19 patients by the end of the year.

The 20-strong private-public collaboration has been pooling and connecting a series of diverse technologies to build a fast pipeline where the genetic code of a new virus can be plugged in at one end—and thousands of vaccines or antibodies can emerge at the other just a few months later.

The pipeline is not ready yet, but the scientists have realised it has already generated antibodies active against SARS-CoV-2, the virus that causes Covid-19.

They now have further funding from the European Commission under an emergency call for Covid-19-related research proposals released in late January.

Hundreds of thousands of viruses lurk in the wild, particularly in mammals, with the potential to jump to species such as humans or livestock. Over 20 pathogens have made the leap to humans in the last 30 years, including the new coronavirus, SARS-CoV-2.

“You cannot really predict what will come,” said Dr. Jean-Christophe Audonnet, senior director of vaccines R&D at drug company Boehringer Ingelheim Animal Health, Germany, and project coordinator for the Zoonoses Anticipation and Preparedness Initiative (ZAPI). “Scientists have tried to do that for dozens of years now, especially for flu (but to no avail).

“But maybe we can react much faster when something starts.”

The team built the pipline to respond to three test viruses: Rift Valley Fever, which affects humans and livestock; Schmallenberg, which affects livestock; and Middle East Respiratory Syndrome Coronavirus (MERS-CoV), which first broke out in humans in 2012. They want to develop vaccines for domesticated animals, partially to combat the economic devastation when livestock fall prey to viral diseases and partially as a barrier against diseases jumping from livestock to humans. They also want to produce antibodies with which to treat humans directly.

“Initially we were lacking the actual tools but very soon after the start of the project we came across different ideas and technologies which we incorporated,” said Dr. Audonnet.

The pipeline is triggered when the viral genetic code has been deciphered—which typically takes a few days after the first infection is discovered. Scientists then need to find a fragment of the virus that can trigger an immune response and can be used to build a vaccine.

ZAPI has tried to speed this up by using computer algorithms which predict, based on banks of information, the smallest stretch of any particular virus’s outer shell that will still trigger a strong immune response. The team found that this approach, combined with its pooled knowledge, means it can swiftly identify the best subunit of virus for the next stage.

For the next step in the pipeline, they then needed to find a vehicle that could ferry any such subunit into the body.

“The idea is that we have a common scaffold (for delivery) which will always be the same one, and we can store, and at the time of a crisis you just add the specific part corresponding to the new virus,” said Dr. Audonnet.

Making a strong bond between the immune-triggering fragment and its delivery vehicle has long been a problem. The solution lay in a protein ‘superglue’ discovered by scientists from the University of Oxford, UK, in 2012, which allows any viral subunit to click, Lego-like, onto the scaffold.

The superglued structure forms the basis of a good vaccine but the team also wanted to make rapid-response antibodies to treat patients.

After trial and error, they discovered that the fastest approach was to administer their own new vaccine to animals. Antibodies from the resulting immune response could be harvested and copied.

They did this using technology invented by one project partner—the Dutch biotechnology firm Harbour Antibodies—which has developed mice genetically engineered to have the repertoire of genes needed to make human antibodies. When dosed with a ZAPI candidate MERS vaccine they produced antibodies which can be cloned and mass-produced swiftly using a new method developed by the Swedish pharmaceutical company AstraZeneca, another collaborator.

The team is also exploring the potential of a prolific fungus, developed by another project partner, Dyadic, that can churn out vaccine and antibodies in unprecedented amounts and could further accelerate the manufacturing process.

Dr. Audonnet believes ZAPI’s pipeline can massively reduce the time to have animal vaccines, and antibodies for humans, ready.

However, that doesn’t mean such treatments and vaccines could be deployed in such a short timeframe, he says. 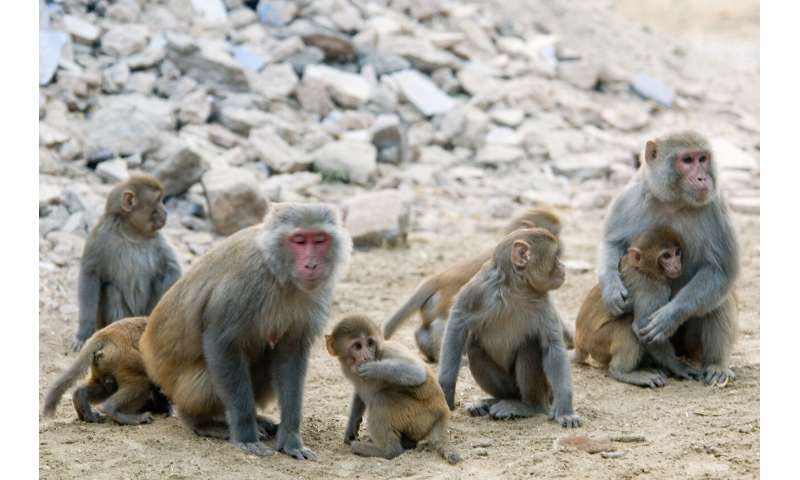 “We are also at the same time having dialogue with the regulatory authorities. If you follow the (current) rules, developing a vaccine or introducing new therapeutic antibodies will take years—to demonstrate safety, efficacy and so on.

“So we are discussing about having new rules to be implemented (to drastically reduce this timeframe) but we have not changed that yet. We have just shown that, for manufacturing, you can go from (the current) 18 months—2 years to 2-3 months to deliver large batches of vaccines—10 million for animals, and thousands of neutralising antibody treatments for human patients.”

The ZAPI pipeline has produced antibodies for all three diseases and is designed to spring into action whenever a new virus emerges. It is designed to be able to respond to about 90% of possible emerging viruses.

“We are not looking for the best vaccine in the world or the most fancy one. The objective is to deploy the vaccines (for animals) and antibodies (for humans) to a maximum number of people or animals. Even if your vaccine only protects 80% of the population you will stop the outbreak,” said Dr. Audonnet.

In the meantime, however some of the antibodies they have produced that work against MERS turn out also to be active against other beta coronaviruses—a family that includes the current pandemic virus. It is these that are being fast-tracked to see if they could be used, perhaps if there is a second wave of Covid-19 next year. Partners hope to have them ready for human trials by the end of the year.

Looking further ahead, it also raises the prospect of having broad-spectrum antibodies ready for the next epidemic—if it comes from the same family.

“We think we can really generate antibodies that cross-protect against different human beta coronaviruses so you don’t need to look for a new antibody for the next one, you can have the antibody ready to go,” said Dr. Audonnet.

“What we see now with the new coronavirus is, I would say, very exceptional,” said Professor Volker Thiel, virologist at the University of Bern in Switzerland. “Usually a virus is not well-adapted to a new host.”

He heads a project called COV RESTRIC, which has been probing how animal species differ in their response to attack by a variety of coronaviruses.

To the team’s surprise they have uncovered a powerful defence mechanism common across all the animals they studied—bats, camels, rhesus macaques and mice. It is a potential avenue for new therapies, says Prof. Thiel.µ

When a pathogen attacks, your immune system mounts a two-stage response: an instant, generic one and a slower one tailored to the specific pathogen.

In the first response, cells release interferon—an alert to tissues around the body to produce up to 350 different proteins in the hope that they will halt the virus.

The scientists took advantage of a library of genes built up by American scientists, each of which encodes one of these 350 proteins. When a coronavirus was administered to cells, each of which contained one of these genes, they found that one molecule, LY6E, stood out as far more effective than the others at counteracting it.

They found the same for a number of coronaviruses they tested, including those that cause MERS, SARS (Severe Acute Respiratory Syndrome) and some that cause the common cold.

“I was very surprised to see such a strong effect,” said Dr. Stephanie Pfänder, now at Ruhr Universität Bochum, Germany, who worked on the project.

What surprised them more was that, in a mouse model, the coronaviruses specially targeted the cells involved in the body’s second, tailored immune response. If these immune cells don’t swiftly produce LY6E, the coronavirus wipes them out, destroying the body’s chance of launching the second wave of sustained defences against the disease.

“This is a very important molecule,” said Prof. Thiel.

“If anybody in our population has a defect in that gene (which codes for it), they might be very vulnerable to infectious diseases.”

However, it could also be a potential route to new therapies against SARS-CoV-2 and other coronaviruses, including the common cold.

Coronavirus: How to look after your mental health during lockdown