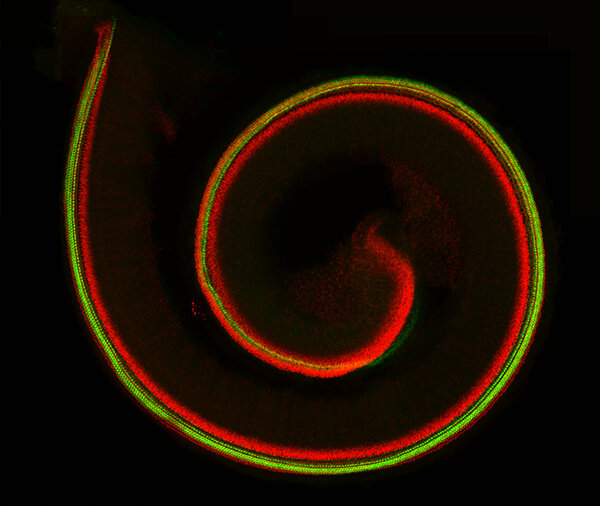 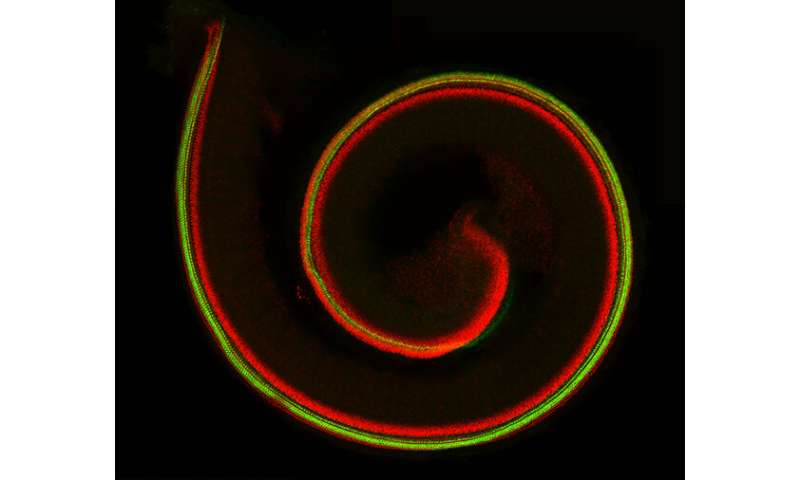 It turns out that to hear a person yapping, you need a protein called Yap. Working as part of what is known as the Yap/Tead complex, this important protein sends signals to the hearing organ to attain the correct size during embryonic development, according to a new study published in the Proceedings of the National Academy of Sciences (PNAS) from the USC Stem Cell laboratory of Neil Segil.

“Our study provides insights into how the hearing organ develops in utero, and offers clues about how to regenerate damaged cells to restore hearing later in life,” said lead author Ksenia Gnedeva, who performed the research during her postdoctoral training in the Segil Lab, and recently accepted a position as an assistant professor in the USC Tina and Rick Caruso Department of Otolaryngology—Head and Neck Surgery.

As the Organ of Corti forms in the embryonic mouse, a population of progenitor cells self-renews and proliferates to achieve the correct size. Then, after approximately two weeks, the progenitor cells begin differentiating into various specialized cell types.

The scientists found that the Yap/Tead protein complex plays a major role in this intricate developmental process by regulating the activity of hundreds of genes that control self-renewal and proliferation.

By the time mice are born, the progenitor cells in the Organ of Corti have finished both proliferation and differentiation, and cannot regenerate if they are damaged—causing permanent hearing loss.

Remarkably, when the scientists activated Yap in newborn mice with hearing loss, some of the cells in the Organ of Corti began proliferating again, suggesting that regeneration might be possible.

For a Better Meditation at Home, Keep These Tips in Mind
Recent Posts