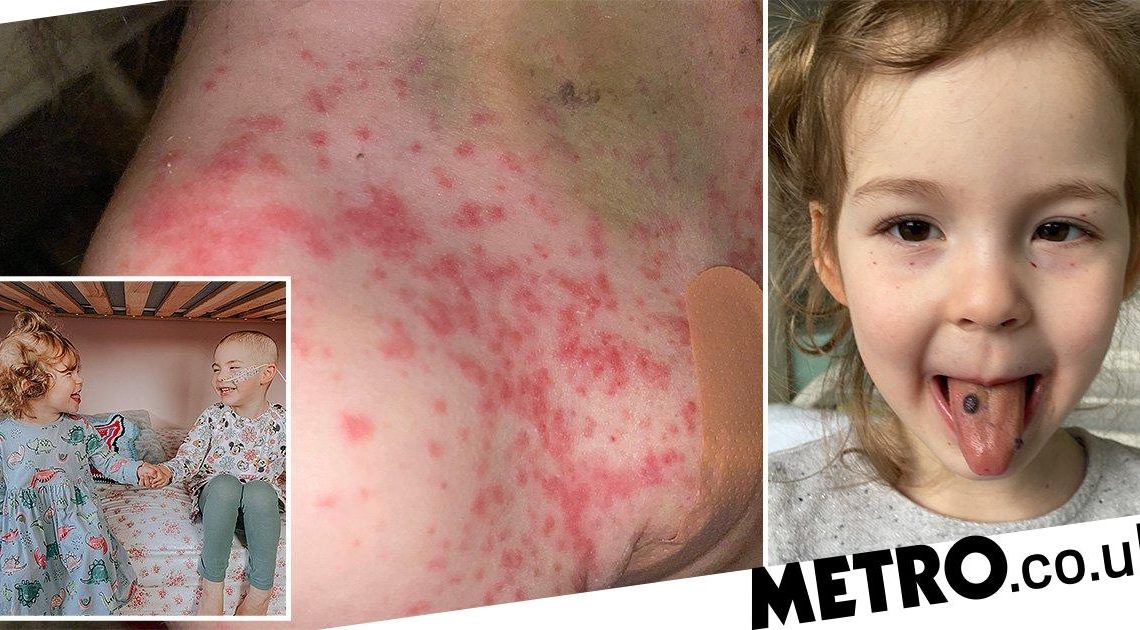 Spots on little girl's tongue were sign of deadly disease 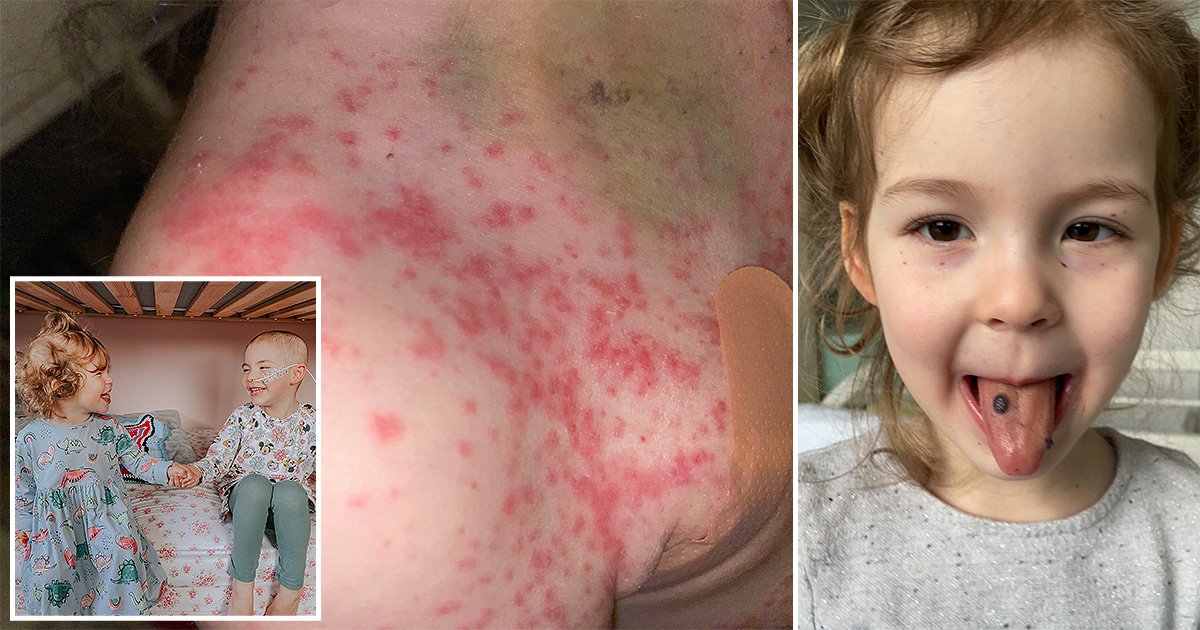 When three-year-old Elsie Cartwright was pale and tired, her mum Laura put it down to late nights and sleep struggles.

But the family would soon receive the devastating blow that Elsie had bone marrow failure and would need a life-saving transplant.

Dog trainer Laura – who is also a mother to 22-month-old Maya – knew something wasn’t right when Elsie’s bumps and bruises would turn black.

However, when the youngster woke up with blood blisters all over her tongue – known as a petechial rash – she was immediately taken to A&E.

Elsie was instantly given a transfusion of platelets, as well as a bone marrow biopsy, and fitted with a nasogastric feeding tube – plus cannulas in her arms and feet.

Just a week later Elsie was diagnosed with Very Severe Aplastic Anaemia, also known as bone marrow failure – with the only cure being a bone marrow transplant.

So the search for a donor began.

But during this time Elsie had to undergo platelet transfusions twice a week and blood transfusions every seven to ten days. And, when her platelets were low, Elsie would wake up with intense bleeding from her nose and mouth.

For two months, Elsie went through a period of returning home before being rushed to the hospital soon after with a spiked temperature and needing antibiotics through an IV.

Her neutrophils, the cells that fight infection, also fell to zero. As a result, she suffered with mouth sores, inflammation of the gums, and swelling so bad that her teeth became covered by her gums. This meant she had to be fed through a tube.

Elsie’s youngest sister Maya was initially tested to be a donor, however she was not a match.

But eventually a stranger was found to be a match and volunteered for the transplant.

However, two weeks before the transplant, Elsie developed sepsis – but managed to recover just in time for the operation.

On May 24 2022, Elsie received her stem cells, which she calls her ‘magic cells’. These were given exactly seven days after going through a mixture of intensive conditioning chemotherapies to wipe her body of the remaining bone marrow.

‘Some of the risks were life-threatening and we had to sign a consent form,’ explains her 30-year-old mum Laura.

‘We had no choice but to take the risks. Without a transplant, Elsie would eventually have suffered an infection that she couldn’t pull through.

‘We nearly lost her to sepsis, and after that, the risks of death and the rate of success changed dramatically, but it was her only option.’

Despite going through so much at such a young age, Laura says Elsie is still a very happy child.

She adds: ‘During all of this, she’s always had a way to find a smile, dance, sing and be silly.’

She says: ‘Take all of the help you can get, find your village whether that be in person or virtually, it’s needed.

‘My beautiful daughter was given a second chance at life thanks to her match and kept alive thanks to blood donors.

‘People just like Elsie still need donors and I can’t stress enough how vital it is that if you can donate, please do.’