Home » Health News » Speed, not weight, when you lift could be the key to greater gains 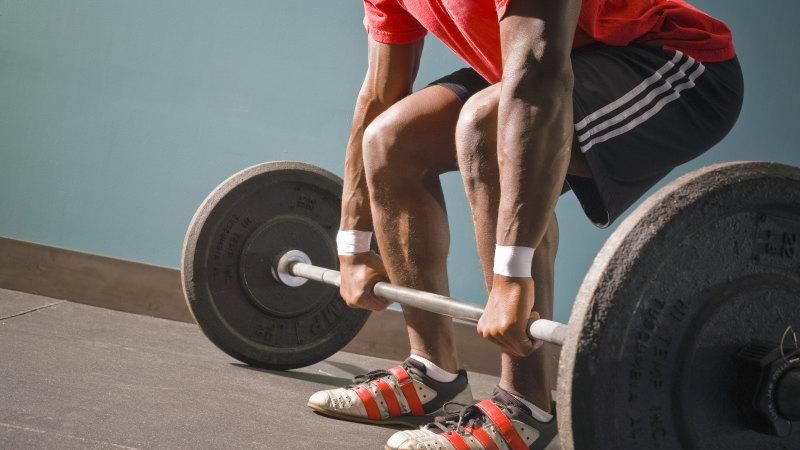 Speed, not weight, when you lift could be the key to greater gains

The key to athletic performance may not be how heavy we lift, but how fast, according to new Australian research.

The study, published in the Journal of Sports Sciences, found that focusing training sessions on speed, instead of lifting to failure, is a smarter way to improve power and strength as well as being a more accurate way to measure and prescribe training. 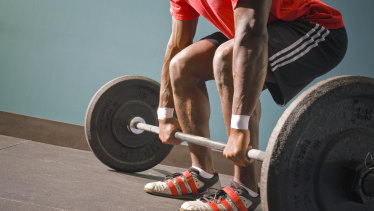 Faster, not harder, could be the key to unlocking greater gains when you workout.Credit:Getty

“For less work you can be bigger, stronger and faster,” said lead author, Dr Jonathan Weakley from the Australian Catholic University (ACU). “This allows our athletes to be fresher than the competition and helps us target the exact characteristic that each athlete needs”

For the small study, Weakley took 12 semi-professional rugby players and gave them differently weighted barbells so they could all work to the same speed, exercising until they achieved velocity losses of 10, 20 and 30 per cent over different sessions.

After each session, they took blood samples, had the athletes rate their perceived fatigue and measured their neuromuscular output by getting them to jump on force plates.

The athletes returned after four weeks, during which time they could exercise as much or little as they wanted and in whatever way they chose, to repeat the process.

Despite different training histories, body composition and loads, using the velocity-based threshold, they were able to reproduce similar responses in the athletes across the course of the study.

“We wanted to assess, does it induce the same response and it does,” Weakley said.

Doing exercise based on sets or lifting to failure is a less consistent and less effective way to exercise, Weakley added.

“Three sets of 10 might be easy for you today but hard in a week’s time,” Weakley said. “Your strength changes day-to-day – you have a bad night’s sleep, you have an argument with your partner … It’s being able to train the same response and the same stimulus day in and day out so we can get more consistent training.”

The reason the consistency of training response is important is because the different internal responses to exercise drive different adaptations.

The last thing we want is getting hammered by weights and being really sore .. when we can get the same stimulus by moderating fatigue.

“Being able to control for that response means we can have better control of the adaptation that occurs down the line,” Weakley said.

For instance, exercising to a smaller 10 per cent velocity loss is an effective prescription for power-building training sessions as there is less fatigue and therefore the athlete can train at a higher velocity with greater power output.

Exercising to a 30 per cent velocity loss, on the other hand, is more effective for muscle-building sessions.

This allows trainers to accurately prescribe sessions based on the outcomes they want to achieve.

“When we’re training these multi-million dollar athletes the last thing we want is getting hammered by weights and being really sore and training to failure when we can get the same stimulus by moderating their fatigue,” he explained.

The concept of lifting to failure is based around a couple of things, Weakley said. People feel like if they are sore, they are effective. “But it doesn’t work like that. And the thing is, if you want to be powerful and strong, inducing a whole lot of fatigue doesn’t really drive that,” he said.

“A lot of the research now shows that lifting to failure doesn’t actually induce greater strength and power adaptations. It might be beneficial for hypotrophy as a bodybuilder. Training to fatigue gives a lot of fatigue and also induces mal-adaptations in strength. Lifting the maximum amount of load isn’t always the ideal way to train.”

Though the research was aimed at improving the way athletes train, Weakley said anyone can apply the approach to achieve better outcomes in their strength and power.

“There is a tweak with this sort of training – you need to be able to monitor velocity,” he said, explaining they used Gymaware hardware to track the velocity. “But you can also utilise a rating of perceived exertion using a 1-10 scale. That’s effective too.”

High blood pressure: Adding this ingredient to your water could lower your reading