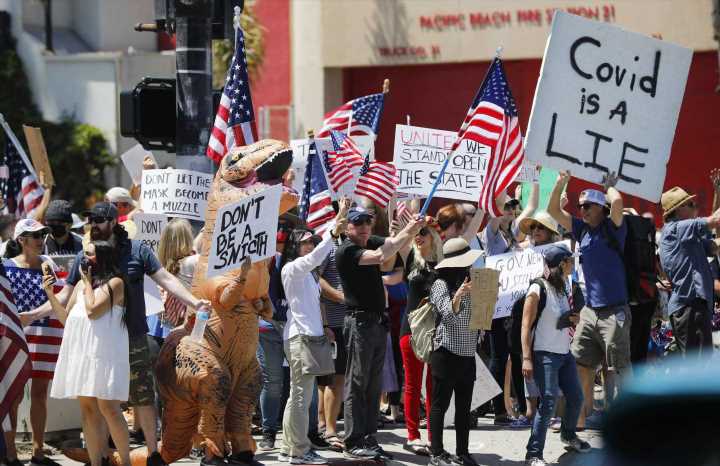 Some countries and US states move to ease virus lockdowns 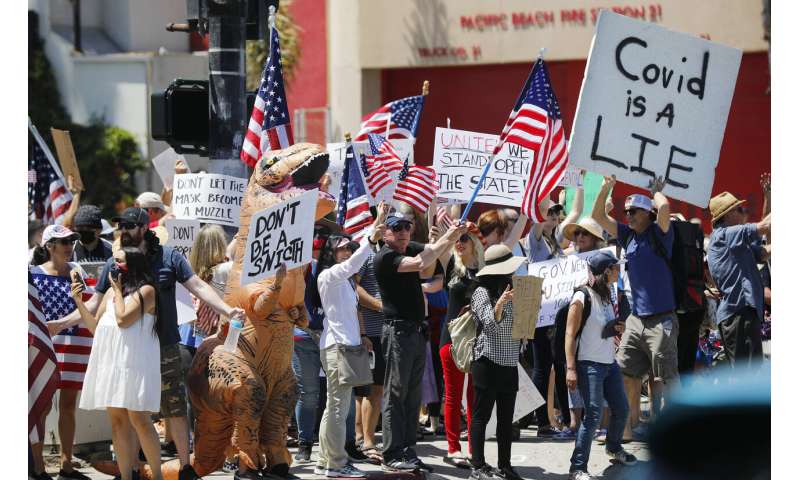 Some countries and U.S. states are starting to ease coronavirus lockdown restrictions and focus on fixing their battered economies.

In Spain, the streets echoed again with joyful cries on Sunday as the nation let children go outside for the first time in six weeks. Many European countries are reopening factories and construction sites. In New Zealand, people will be able to buy takeout restaurant food again starting midnight Monday.

But some worry that prematurely lifting measures that were imposed to halt the spread of the coronavirus could spark a resurgence in infections.

In the U.S., governors in states including hard-hit New York and Michigan are keeping stay-at-home restrictions in place until at least mid-May, while their counterparts in places such as Georgia, Oklahoma and Alaska are allowing certain businesses to reopen.

White House strategists are planning to shift President Donald Trump’s public focus from the pandemic toward fixing the economy. This comes after he was sharply criticized in recent days for publicly musing that scientists should explore injecting toxic disinfectants as a potential virus cure.

In China, state-run media said that hospitals in Wuhan, the original epicenter of the pandemic, no longer have any COVID-19 patients. And in Japan, the central bank eased monetary policy, prompting a surge in the stock market. 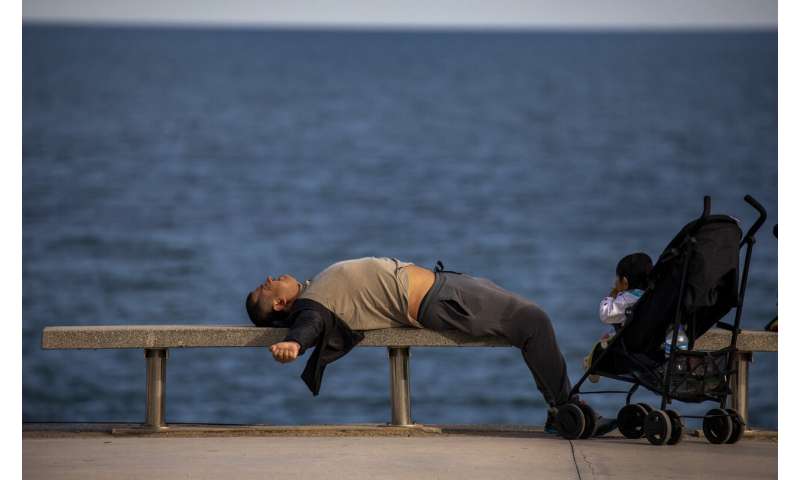 The official death toll from the virus topped 205,000 worldwide, with nearly 3 million confirmed infections, according to a tally by Johns Hopkins University, though the real figures are believed to be much higher, in part because of inadequate testing and differences in counting the dead.

Some encouraging signs were seen, as Italy recorded its lowest 24-hour number of deaths since mid-March, with 260. New York state registered its fewest since late last month, with 367.

Seven weeks into Italy’s strict lockdown, Premier Giuseppe Conte laid out a long-awaited timetable for getting back to normal, announcing that factories, construction sites and wholesale supply businesses can resume activity as soon as they put safety measures in place against the virus. 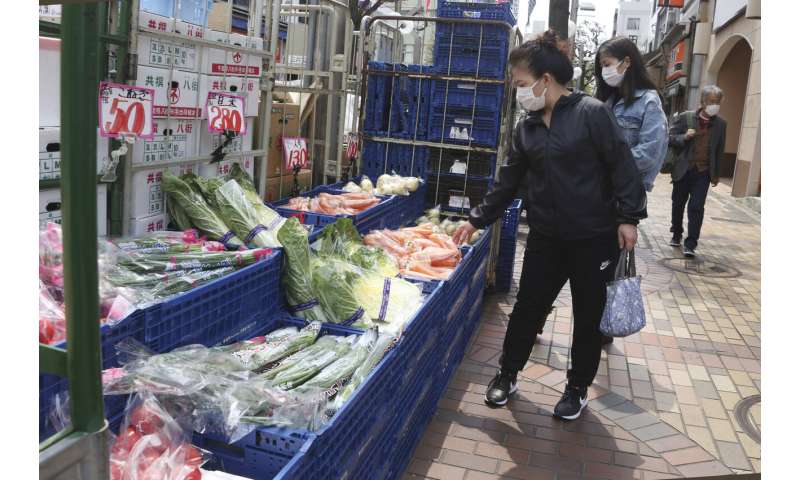 Conte also said that starting May 4, parks and gardens will reopen, funerals will be allowed, athletes can resume training, and people will be able to visit relatives living in the same region. If all goes well, stores and museums will reopen May 18, and restaurants, cafes and salons on June 1, he said.

Spanish Prime Minister Pedro Sanchez will present a detailed plan Tuesday for the “de-escalation” of Spain’s lockdown, but said it would be cautious. His French counterpart will do the same on Tuesday.

British Prime Minister Boris Johnson planned to be back at his desk Monday at 10 Downing St. after a bout with the virus put him in intensive care. He faces calls for more clarity on when his government will ease the lockdown, now set to run until at least May 7.

Other European nations are further along in relaxing their restrictions. Germany allowed nonessential shops and other facilities to open last week, and Denmark has reopened schools for children up to fifth grade. 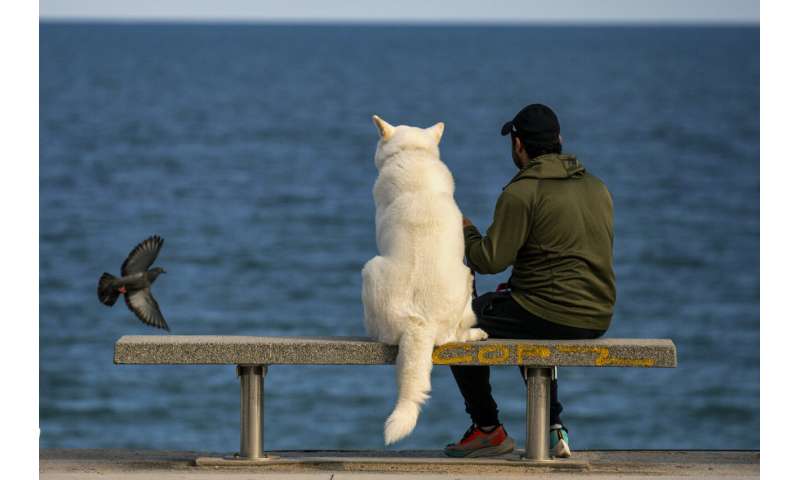 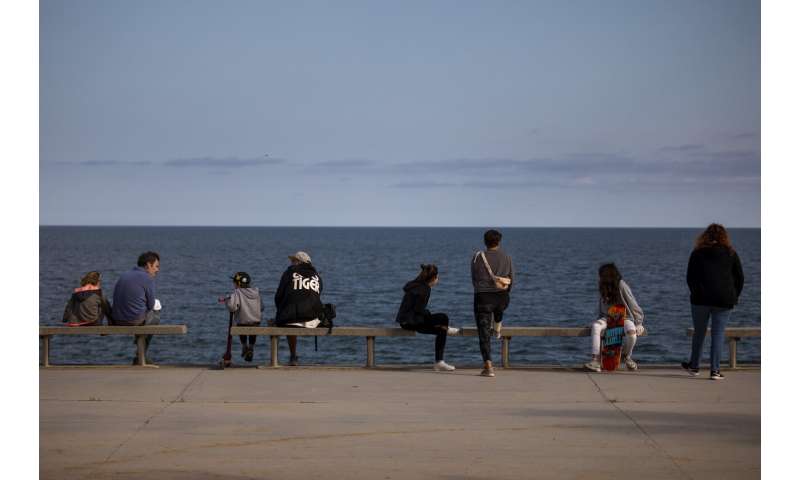 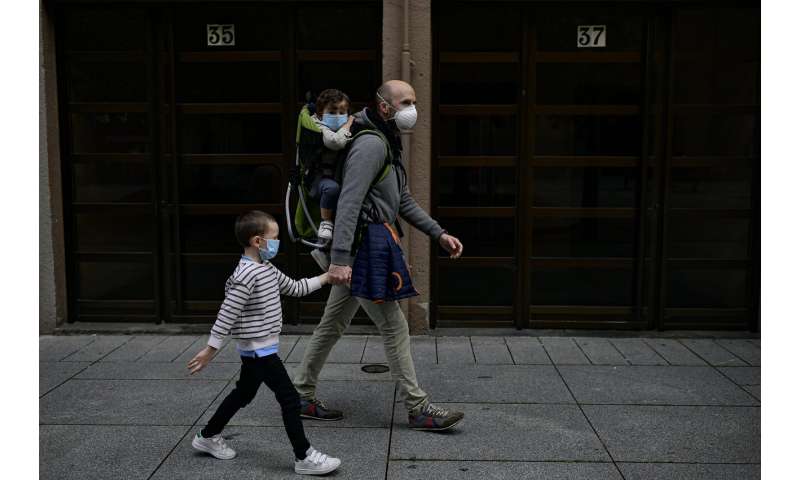 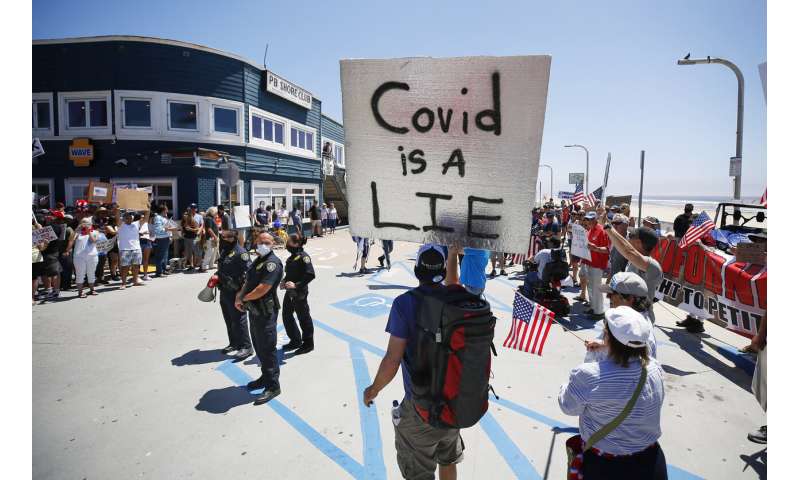 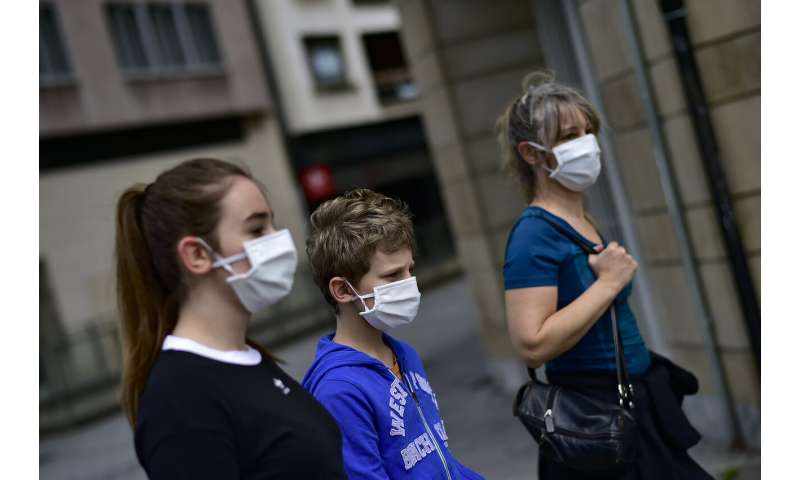 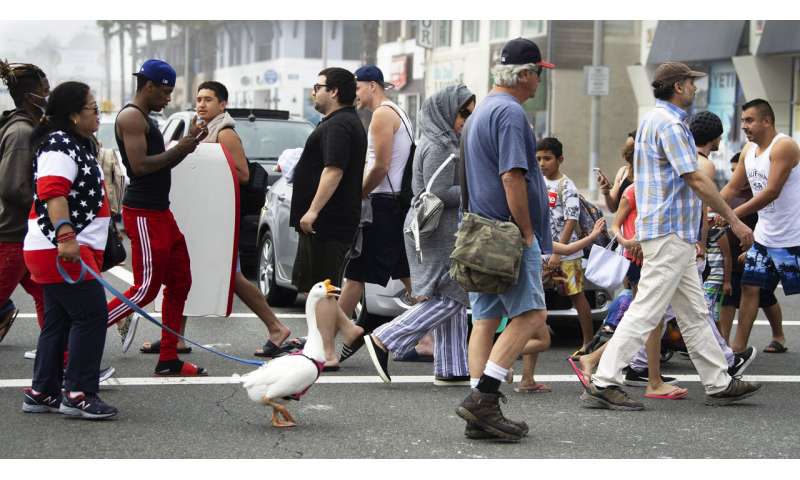 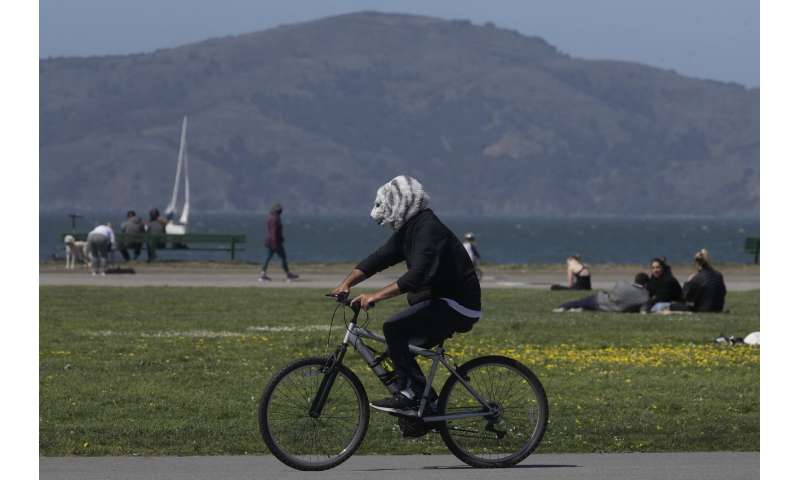 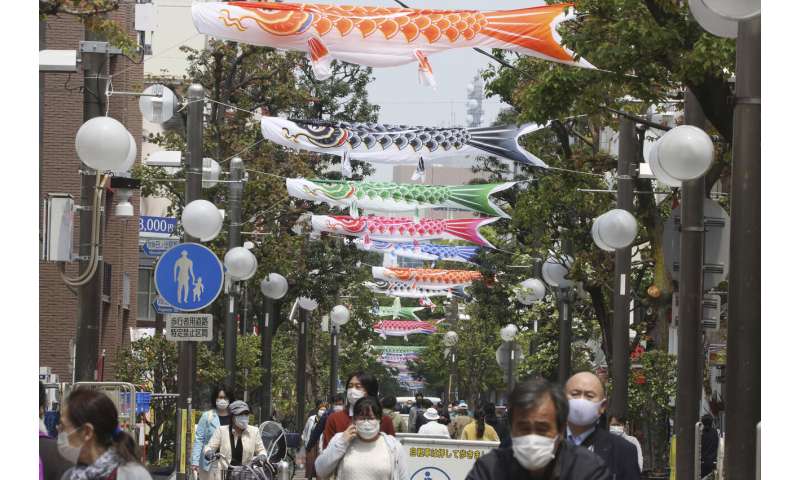 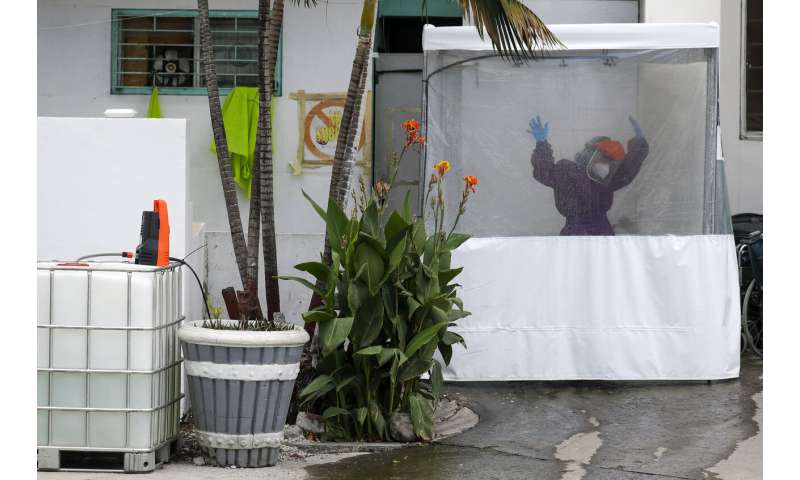 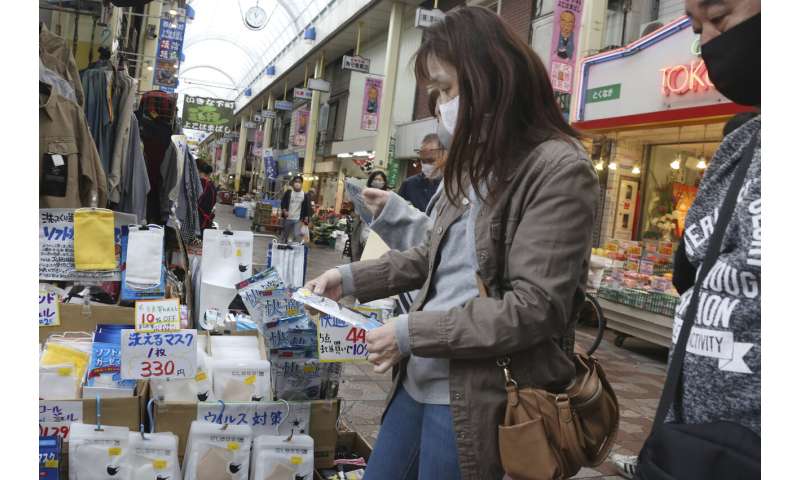 In the U.S., the split in approaches to reopening states has often been along partisan lines.

Oklahoma Gov. Kevin Stitt, a Republican, told “Fox News Sunday” that with hospitalizations dropping in his state, he will reopen churches and restaurant dining on Friday, with social-distancing guidelines in place.

“We believe it’s the time to have a measured reopening,” he said.

But Michigan Gov. Gretchen Whitmer, a Democrat, told ABC that her state is not ready and needs more robust testing, community tracing and a plan for isolating people who get sick.

“We’ve got to be nimble and we have to follow the science and be really smart about how we reengage,” she said.

There are 6 new possible symptoms of COVID-19, according to the CDC