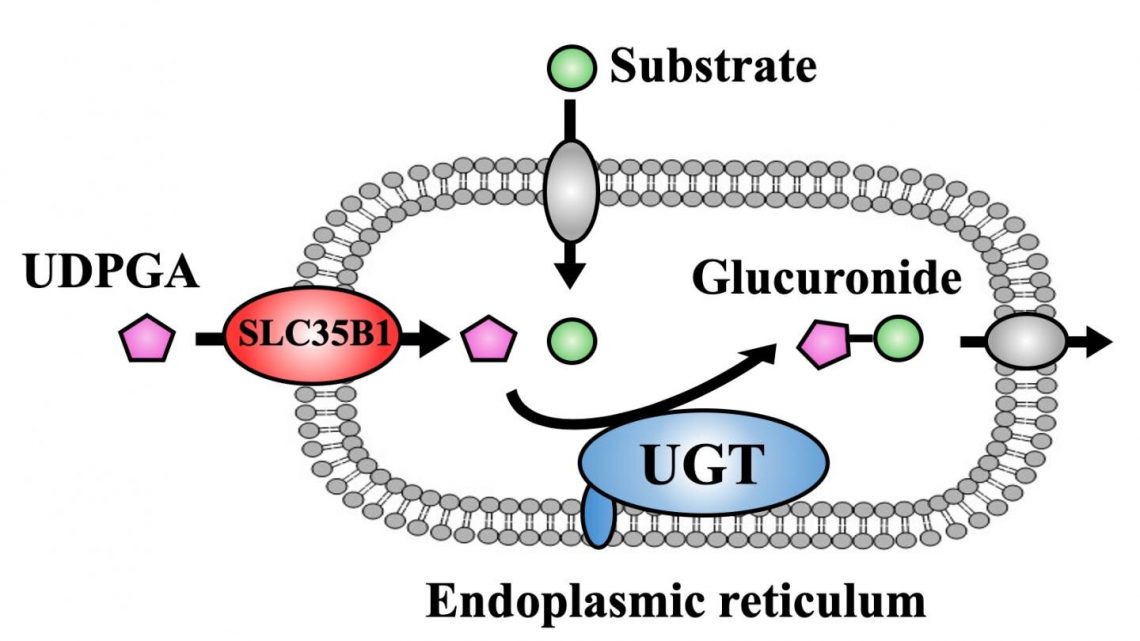 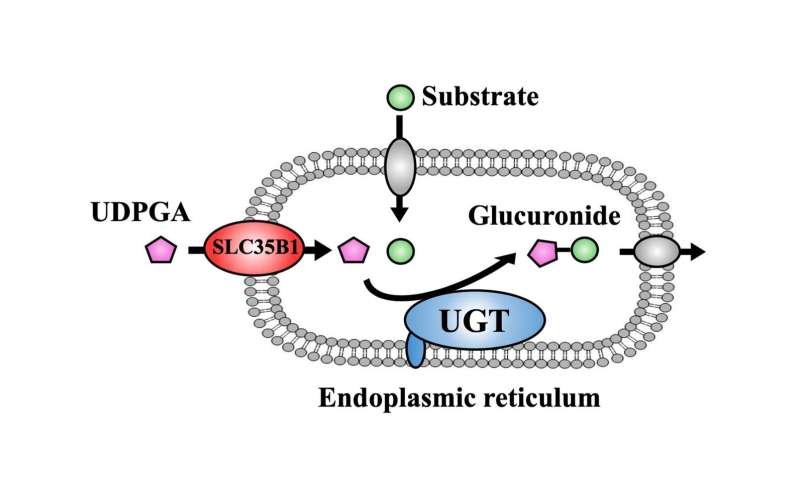 One of the main functions of the liver is to detoxify compounds including drugs and toxicants to reduce toxic actions and to eliminate them from the human body, requiring a molecular interplay within a network of proteins. In a new study published in Biochemical Pharmacology, researchers from Kanazawa University identified the protein solute carrier family 35 member B1 (SLC35B1) as a key molecular actor within the complex process of detoxification.

The goal of glucuronidation, one of detoxification processes, is to make molecular compounds water-soluble so that they can be eliminated from the body through urine or feces more easily. This is mainly achieved by the UDP-glucuronosyl transferase (UGT) family, which involves the transfer of glucuronic acid from UDP-glucuronic acid (UDPGA) to the compounds including drugs and toxicants. This process mainly takes place in the endoplasmic reticulum (ER) of liver cells, which are specific compartments inside of the cell. While the action site of UGT is located inside of the ER membrane, UDPGA has to be transported into the ER to be available as a glucuronic acid donor, a process that has caused much scientific controversy in the past.

“While a number of SLC35 proteins have been suggested to be part of this process, it is not yet clear which one contributes most significantly to the transport of UDPGA into the ER,” says corresponding author of the study Hiroshi Arakawa. “The goal of our study was to understand how exactly UDPGA is transported into the ER to facilitate glucuronidation.”

To achieve their goal, the researchers first showed that the activity of UGT depends on the presence of UDPGA, a finding which they used to their favor in subsequent experiments. By measuring UGT activity, they could now infer whether UDPGA was transported into the ER. They then individually knocked down the expression of 23 members of the SLC35 family in HEK cells expressing human UGT, and found that only the reduction of SLC35B1 and SLC35E3 affected the activity of UGT. The researchers then showed that the activity of UGT significantly decreased when SLC35B1 but not SLC35E3 was knocked down in HepaRG cells, a human cell line. Interestingly, they showed that SLC35B1 was expressed highly variably in human liver samples, reaching an almost 40-fold difference between samples.

A good vitamin D status can protect against cancer