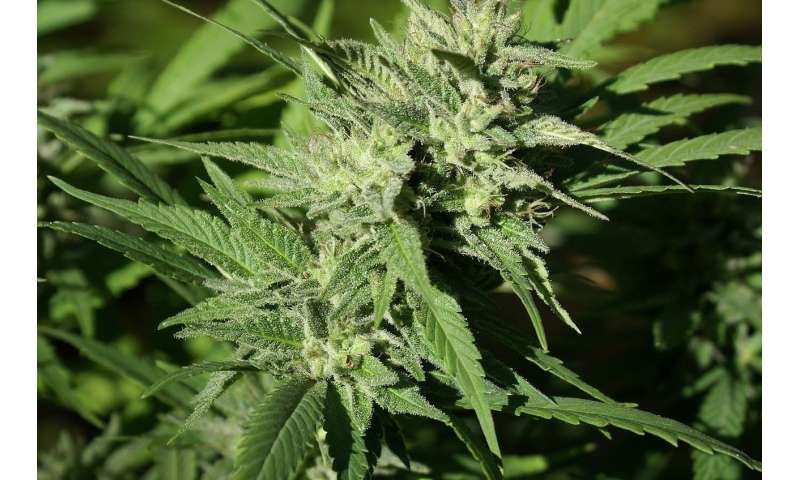 A single dose of the main psychoactive component in cannabis, tetrahydrocannabinol (THC), can induce a range of psychiatric symptoms, according to results of a systematic review and meta-analysis of 15 studies including 331 people with no history of psychotic or other major psychiatric disorders, published in The Lancet Psychiatry journal.

At the same time, the results from an analysis of four studies found no consistent evidence that cannabidiol (CBD) induces psychiatric symptoms itself or that it moderates THC’s effects in healthy volunteers. On the other hand, the review and analysis suggest that smokers are less sensitive to the effects of THC, but this finding is preliminary, and the authors do not recommend using tobacco for this purpose.

“As the THC-to-CBD ratio of street cannabis continues to increase, it is important to clarify whether these compounds can cause psychotic symptoms. Our finding that THC can temporarily induce psychiatric symptoms in healthy volunteers highlights the risks associated with the use of THC-containing cannabis products. This potential risk should be considered in discussions between patients and medical practitioners thinking about using cannabis products with THC. This work will also inform regulators, public health initiatives, and policy makers considering the medical use of THC-containing cannabis products or their legalisation for recreational use,” says Professor Oliver Howes from King’s College London, UK.

Cannabis is one of the most widely used psychoactive substances worldwide, with 6-7% of the population in Europe using it every year, over 15% in the USA, and around 188 million people globally. The drug has been legalised in 11 US states, Canada, and Uruguay, and policymakers elsewhere are deliberating whether to allow the medicinal use of cannabis products.

Over 150 years ago, a first study found an association between cannabis use and psychotic symptoms, such as paranoia and hallucinations, and the effects were subsequently linked to THC. Many studies support the original findings, but there have been discrepancies, and the contribution made by factors such as dose, prior cannabis use, and the method of administration (inhaling, oral capsules, or intravenous injections) has not been systematically evaluated.

For the current review, researchers identified 15 studies that studied participants’ psychiatric symptoms following the acute administration of intravenous, oral, or nasal THC, CBD, and placebo in healthy participants. The studies included scores for an increase in severity of positive psychotic symptoms (including delusions and hallucinations), negative psychotic symptoms (such as blunted affect and amotivation), and general symptoms (including depression and anxiety), which were compared after THC administration versus placebo. A change in symptoms with an effect size of 0.4 or more was considered clinically important, and an effect size of more than 0.70 was considered a large effect.

The doses of THC in the meta-analysis ranged from 1.25mg to 10mg, leading to peak THC blood levels of 4.56 to 5.1 ng/ml when orally administered and 110-397 ng/ml when injected or inhaled. These blood levels are comparable to those seen shortly after smoking a single typical cannabis joint containing 16-34mg of THC.

Dr. Faith Borgan from King’s College London says: “Our finding that schizophrenia-like symptoms can be induced using a compound that activates the receptor to which THC binds in the brain adds to recent work showing that cannabinoid 1 receptor proteins are altered in people with schizophrenia. As our results were in healthy people, the implications for clinical patients will need further work.”

The authors speculate that the finding that the induction of psychotic symptoms was lower in people with higher tobacco use suggests tobacco smokers are less sensitive to the effects of THC. However, further work is needed to test causality and the authors do not recommend the use of tobacco to counter THC. They say that smokers could be less sensitive to the effects of THC due to an association between tobacco smoking and lower brain cannabinoid 1 receptor levels.

The authors also reviewed four studies that examined the effects of CBD on the development of the same psychiatric symptoms, compared to placebo, and no significant differences were found. In studies that focused on whether CBD counters THC-induced symptoms, one study identified reduced symptoms, using a modest sample, but three larger studies failed to replicate this finding.

The authors highlight several limitations to their study. Their finding that psychotic symptoms were not moderated by dose or by prior cannabis use contrasts with results from several studies and may reflect limited power in the analysis. They suggest that further work is needed to clarify the effects, particularly at the level of individual symptoms. The authors identified potential publication bias, where significant findings are more likely to be published than lower effect sizes. However, they found that the better the quality of the study, the greater the effect size, suggesting that their results—which also included lower quality studies—may in fact underestimate the size of the effect of THC on inducing symptoms.