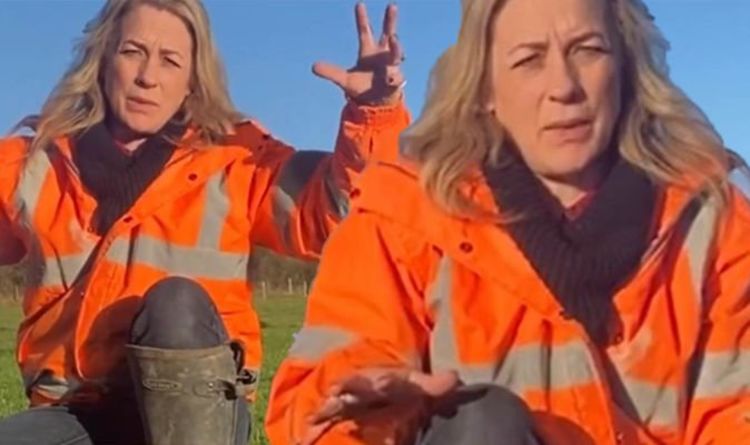 Sarah Beeny: Property expert on the ‘killer’ yet often ‘forgotten form of cancer’

Sarah Beeny: Things to look out for when viewing a property

In the most recent episode of Sarah Beeny’s New Life in the Country, Sarah and husband Graham aim to decorate their kitchen, transforming it to become the heart of their new family home. Meanwhile the family band starts all important rehearsals for their first gig at a local pub. Having met husband Graham when she was 18, the couple have gone on to have four boys: Rafferty, Billy, Charlie and Laurie. But a few years ago, the star went through some personal trauma as she lost both her mother and stepmother to a brain tumour.

“My mum died aged 39, when I was just 10 years old. First, she fought breast cancer, but it was ultimately a brain tumour that brought her life to a premature end,” Beeny explained to Brain Tumour Research after becoming one of their celebrity supporters.

“Then, in 2012, my stepmother was diagnosed with a brain tumour situated behind her eye, which was deemed too tricky to treat. She too lost her life to this cancer.

“Mum had her life ahead of her, so many things she should have been doing and looking forward to. It’s hard to think about.

“As a young girl, I was protected from the harsher realities of my mother’s illness, but I still noticed.

Part of the reason that the Renovate Don’t Relocate presenter wanted to show her support for these charities is due to the fact that she believes “research is the key”.

The star confessed that if her mother had been diagnosed with breast cancer in these modern day times, her outlook would have been much more positive, but this is not the same for all cancers.

“Brain cancer research is a neglected field and desperately underfunded,” the star continued.

“To have lost my mum 30 years ago, and, more recently, my stepmother, it is disheartening to hear that not much has changed.

“Brain tumours remain a forgotten form of cancer, receiving scant attention from potential funders. More research is needed so fewer lives will be devastated by this dreadful disease.

“The brain is a complicated organ to treat and there is so much to understand about how it actually works. Without more research, how will brain cancer ever be stopped in its tracks?

“I want to see a day when cancer is no longer life-threatening, when the notion that cancer could be a killer is thought absurd. This is why I am backing Brain Tumour Research.”

Cancer Research UK explains that a brain tumour is a collection of brain cells that have grown out of control. There are over 130 different types of brain tumours, but generally they can either be benign (non cancerous) or malignant (cancerous).

The key differences between the two extend further than just being cancerous or not. Cancer Research UK goes on to explain that benign tumours usually grow slowly and are less likely to come back after treatment or spread to other parts of the brain.

Malignant tumours on the other hand are fast growing and are more likely to return after treatment or spread. Around 5,500 people are diagnosed with this type of tumour each year in the UK.

Symptoms are caused because brain tumours either take up space inside the skull when they grow, or their position within the brain puts pressure on specific parts of the brain.

After tests, medical professionals will decide what course of treatment is best. Various treatments are available including surgery, chemotherapy, radiotherapy, steroids and other medicines to help deal with symptoms.

The NHS explains that survival rates are difficult to predict due to the various types of brain tumours that exist. Survival also depends on several factors including the individual’s age, type of tumour, where it is in the brain, how effective the treatment is and the general health of the individual.

In general around 15 out of 100 people with a cancerous brain tumour will survive for 10 years or more after diagnosis.