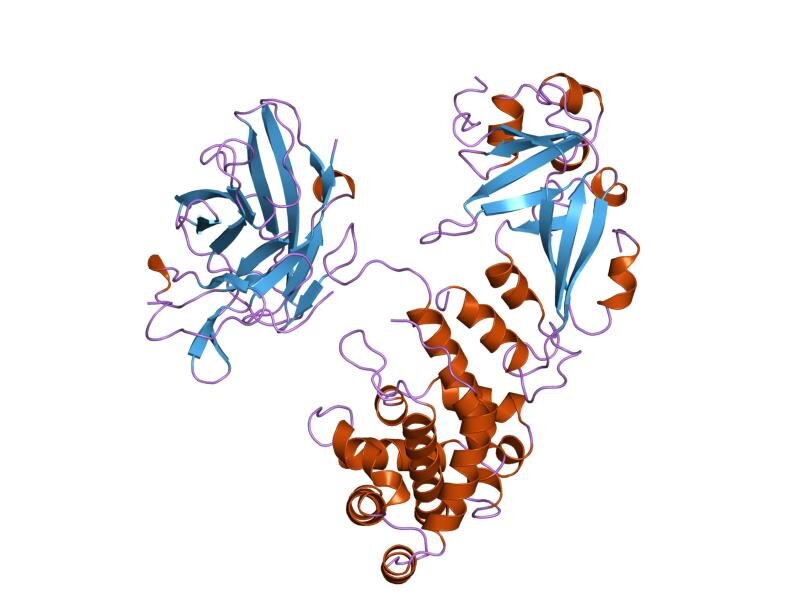 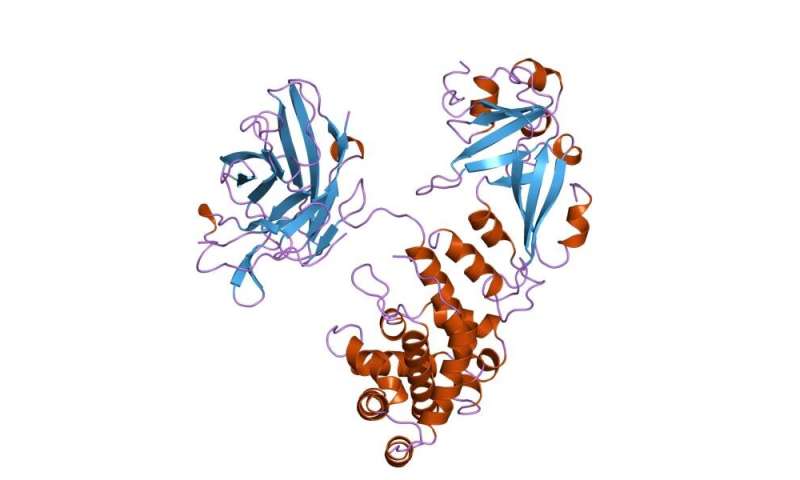 A group of researchers from University of Toronto Engineering and SickKids Hospital have developed a new way to deliver molecules that target specific genes within cells. Their platform, which uses a modified form of diptheria toxin, has been shown to downregulate critical genes in cancer cells, and could be used for other genetic diseases as well.

“A major challenge in the field of drug delivery is most therapeutic vehicles cannot escape the acid environment of the endosome once they get into the cell,” says Shoichet, the corresponding author of this research. “The diphtheria toxin platform as a delivery vehicle effectively solves that.”

Scientists looking to place molecules inside cells have a number of existing tools to choose from, but most suffer from the same drawback—while the molecule gets inside the cell, it remains trapped in a kind of bubble called an endosome. If the goal is to deliver therapeutics that will interact with the cell’s DNA, breaking out of the endosome is critical.

As a natural defense mechanism, bacteria such as Corynebacterium diptheriae produces a protein-based toxin that enters surrounding cells, eventually killing them. Critically, this toxin is known to be capable of escaping from endosomes, which led to the idea of re-engineering it as a delivery platform.

Melnyk’s lab specializes in bacterial toxins and invented a non-toxic version of the diphtheria toxin (known as attenuated diptheria toxin). This new molecule has the capacity to enter the cell and efficiently escaping the endosome—and thus excels as a delivery vehicle without any of the toxic effects of diphtheria toxin.

To prove that the concept would work, the researchers used the system to deliver molecules that they believed would be effective against glioblastoma, a form of brain cancer.

“Glioblastoma is a highly invasive disease and patients have a very short life expectancy after initial diagnosis.” says Shoichet, “We want to change this and have thus pursued the delivery of gene therapeutics to treat glioblastoma.”

The group first targeted glioblastoma neural stem cells, which are thought to be resistant to chemotherapeutics. Specifically, the researchers focused on delivering silencing RNA (siRNA) against two genes: integrin beta 1 (ITGB1), which is associated with the highly invasive nature of glioblastoma (and other cancers), and eukaryotic translation initiation factor 3 subunit b (eIF-3b), which is an essential survival gene. By eliminating this invasive trait, the researchers could potentially limit progression in diseases like cancer.

“ITGB1 is involved in cancer cell migration, which contributes to glioblastoma’s invasion into healthy brain tissues,” says Laura Smith, a senior Ph.D. student on the publication, “We used an innovative 3-dimensional culture system to significantly reduce cell invasion after treatment with our siRNA-attenuated diptheria toxin system, which suggests that it may be effective in slowing disease progression.”

To demonstrate the breadth of this platform, the researchers also delivered a different nucleic sequence that knocks down eIF-3b, which participates in the ‘survival pathway’ of cancer cells.

“We treated the cells with the attenuated diphtheria toxin-siRNA against eIF-3b and observed down-regulation at genetic and phenotypic levels.” says Amy E. Arnold, a recent Ph.D. graduate from the Shoichet lab and first author on this paper.

The group is planning on using this delivery vehicle to treat other diseases in the future.