Home » Health News » Populations most at risk of opiate addiction 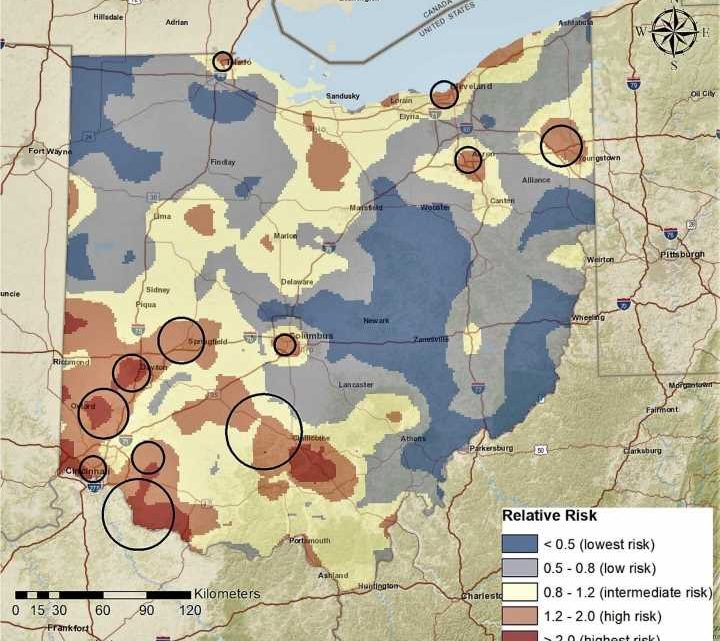 Populations most at risk of opiate addiction 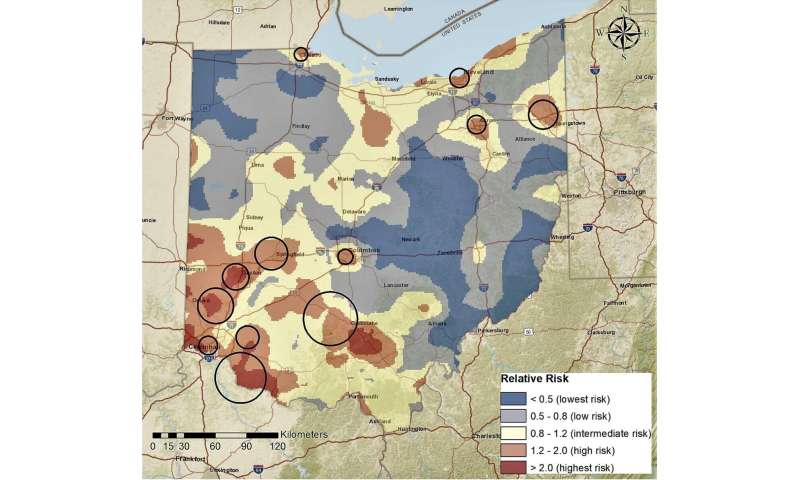 Researchers at the University of Cincinnati are helping to identify those most at risk in Ohio of overdosing on opiates.

A new study published in the Nature journal Scientific Reports examined Ohio Health Department records from 2010 to 2017 and found that white men between the ages of 30 and 39 were most at risk of fatal overdoses. The epidemic is disproportionately affecting white men over white women in all age categories, the study found.

Likewise, UC’s analysis identified 12 clusters or hot zones across Ohio where the rate of fatal overdoses is highest. The clusters were predominantly but not exclusively in the biggest cities. These geographic areas were home to 21% of the state’s at-risk population but witnessed 40% of the opiate-related mortalities in Ohio over the eight years examined.

Diego Cuadros, an assistant professor of geography in UC’s College of Arts and Sciences, said UC’s findings could help steer health policy in Ohio to help groups most at risk avoid the pitfalls of addiction.

“Treatment is important, but prevention is better. We want to reduce the use and abuse of opioids,” he said.

“We’re just beginning the conversation to figure out what is driving this,” he said.Opiates are insidious because they attack the body’s ability to produce natural endorphins that make people feel better.

“Opiates desensitize natural endorphins so you don’t get the same feeling of contentment as you would otherwise from daily activities like exercise or food or fun activities. Each time you’ll need more and more opiates,” Cuadros said.

UC College of Pharmacy Dean Neil MacKinnon, a study co-author, serves as co-chairman of the UC/UC Health Opioid Task Force, which was established in 2017 to bring together researchers, educators, doctors and public advocates to address the epidemic. 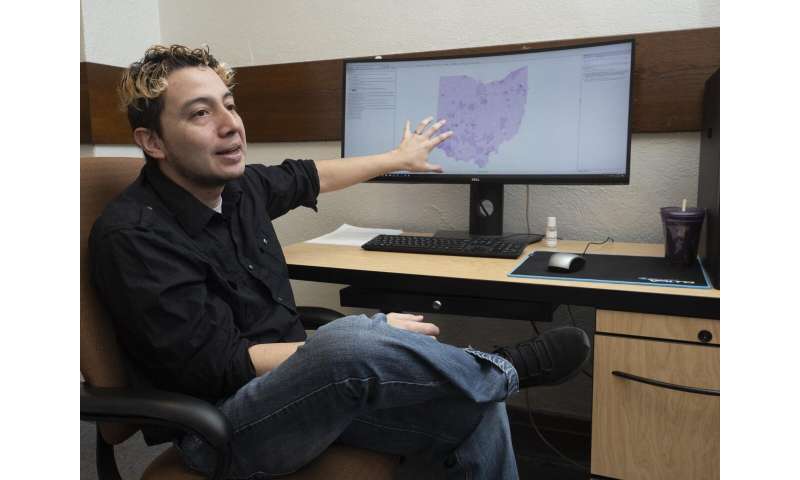 “This study has provided valuable new insights into the opioid crisis in Ohio,” MacKinnon said. “It also demonstrates the value of interdisciplinary work as Dr. Cuadros and his colleagues from the Department of Geography made important contributions to our research team in pharmacy. I hope this is an ongoing partnership moving forward for the UC/UC Health Opioid Task Force.”

“For example, an individual with relatives who suffered substance abuse disorders is 10 times more likely to suffer from substance abuse,” Hernandez said.The study identified 12 mostly urban parts of Ohio that were disproportionately affected by the epidemic. Many of these clusters were in southwest Ohio.

“This area has a history of high rates of drug consumption and illegal drug flow,” Hernandez said. “I think understanding the characteristics of the population with higher risk will result in better strategies to mitigate the epidemic.”

Researchers believe the opiate epidemic began with a surge in legal prescription painkillers. Nearly 20 million Americans suffer from chronic pain that is so severe that it affects their daily activities, according to the Centers for Disease Control and Prevention.

But regulators and law enforcement began scrutinizing prescription opiates and passing laws limiting refills or reducing dosages. Some doctors were prosecuted.In the absence of easy access to prescription opiates, some people turned to illicit opiates, particularly heroin, which was comparatively cheap and readily available.

“And now this latest phase has seen the rise of fentanyl in the opioid epidemic,” Cuadros said.

Fentanyl is a synthetic opioid that is 50 to 100 times more powerful than morphine. It’s often added to heroin or other illicit drugs. Because of its potency, the risk of a fatal overdose is higher.

“It’s more potent than other prescription opioids. And it seems to be cheaper to produce and distribute. So we’re getting a new element in the epidemic,” Cuadros said.

Cuadros said he would like to expand the analysis nationwide using data provided by the CDC. Negotiating access to these records can be tricky because federal health privacy laws cover even the deceased.

Coronavirus symptoms: How do I know if my symptoms are real? Signs to look out for
Recent Posts