Home » Health News » Obesity is not only the individual’s responsibility 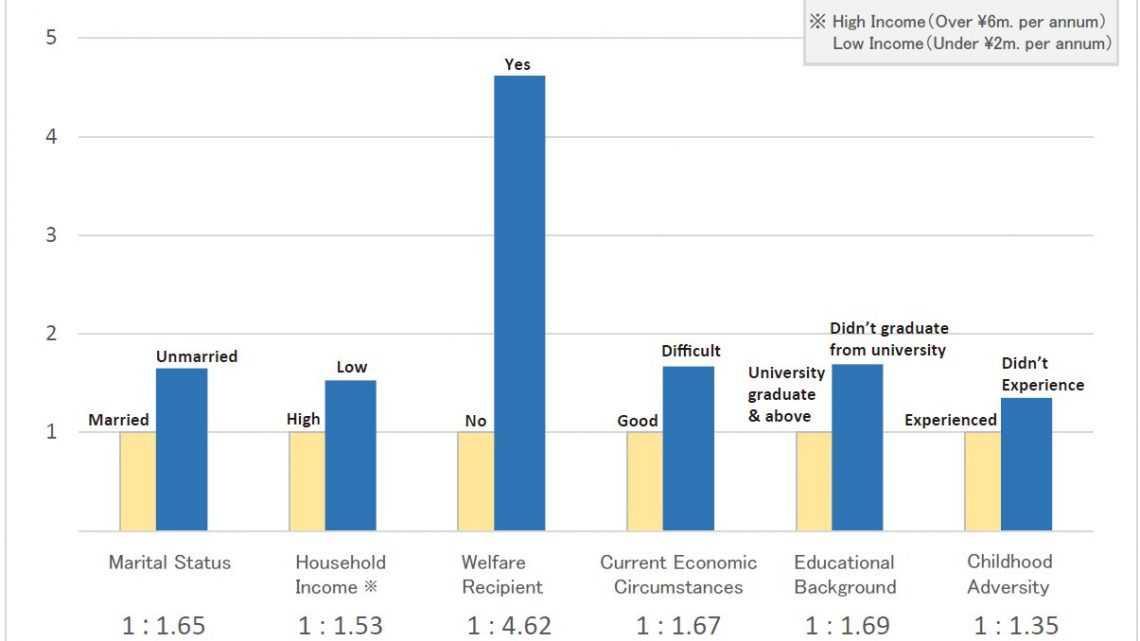 Obesity is not only the individual’s responsibility 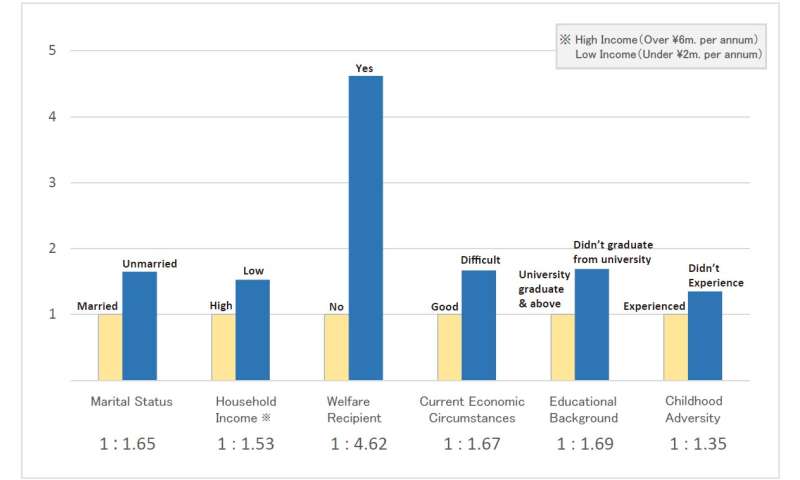 Research based on 5425 citizens’ responses to a questionnaire survey has illuminated that obesity causes are linked to various factors in addition to the individual’s current socioeconomic circumstances, including childhood experiences, particularly those of abuse. The study was carried out by Project Professor Tamori Yoshikazu’s (Division of Creative Health Promotion) research group at the Kobe University Graduate School of Medicine.

Conventionally, there is a tendency to perceive individuals who are overweight as lacking the willpower to improve their lifestyle habits. However, this research study has revealed that in women, obesity in adulthood is linked not only to factors such as social environment (for example, economic circumstances and education), but also to childhood experiences, in particular abuse.

This suggests that improving child welfare, such as by increasing abuse prevention measures, will also help to prevent obesity in adults.

These research results are due to be published in the scientific journal PLOS ONE on November 25.

There is a strong relationship between obesity and lifestyle habits, however it has been reported overseas that various aspects of individuals’ social backgrounds also have an effect. In Japan, this kind of survey study had yet to be carried out. In addition, there are racial and cultural differences between Japan and overseas. Therefore, this study aimed to understand the relationship between obesity and social background based on the results of a survey carried out in Japan.

Revealing the relationship between obesity and the individual’s social background will make a large contribution towards measures to tackle and prevent obesity. 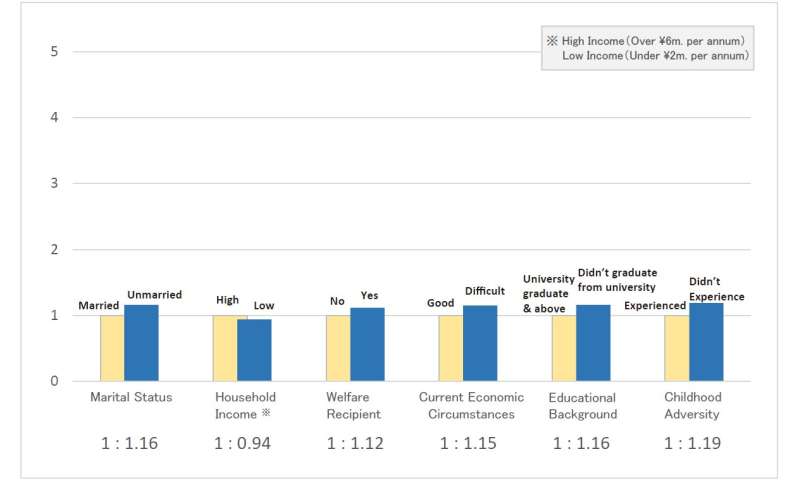 In 2018, the Kobe City authorities distributed a survey to 20,000 citizens aged between 20 and 64 about aspects such as their living conditions and health issues in order to gain an understanding of residents’ health. Based on the results of this questionnaire, Professor Tamori investigated what sort of personal living conditions were connected to obesity, which has been called ‘the cause of all kinds of diseases’.

There were more obese male respondents (27.2%) than female respondents (10.6%), which is the same as the national trend in Japan. When the researchers investigated the social and personal factors that were linked to obesity, they found that there were differences in the following categories between obese women and those with an average weight: employment status, household economic circumstances, educational background, extracurricular activities during middle school/high school, economic circumstances at age 15, and experiences of adversity during childhood. Furthermore, marital status, household economic circumstances, educational background, and experiences of adversity during childhood were factors that could predict the onset of obesity (Figure 1). On the other hand, no statistical differences were found between the surveyed categories in men (Figure 2).

Experiences of adversity during childhood included physical violence from a parent, insufficient food or clothing, and emotional trauma originating from a parent’s comments or insults.

The results of this research have revealed that although obesity is more prevalent in men, the social background of the individual is strongly connected to the onset of obesity in women. In particular, this study is the first in Japan to show a connection between experiences of childhood abuse and obesity in adult women (see supplementary explanation). 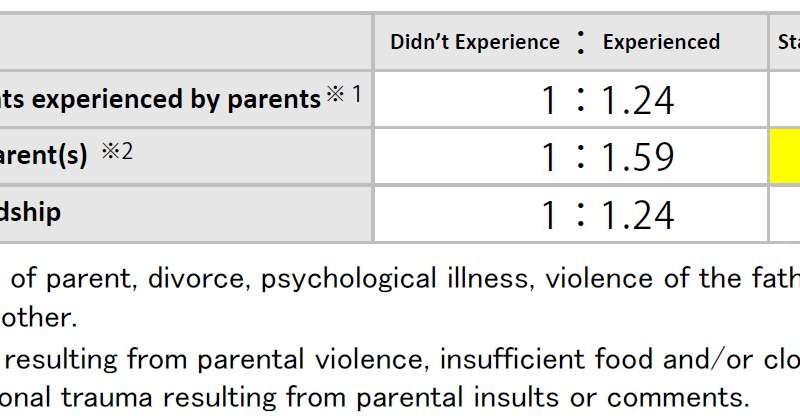 It has been reported that social and economic factors such as income and educational background are linked to obesity in women living in developed countries. The current study showed that in Kobe, a representative large city of Japan, obesity in women is also related to socioeconomic background.

The main causes of obesity are conventionally considered to be overeating and insufficient exercise. Consequently, there is a tendency to perceive those who are overweight as lacking in self-discipline and being weak-willed. However, this study has revealed that in women, the social background of the individual is also connected to the onset of obesity. This highlights the importance of taking social factors into account when implementing policies to tackle obesity.

New breakthrough in the treatment of rheumatoid arthritis

In Her Words: Jacklyn’s Life With Ulcerative Colitis
Recent Posts