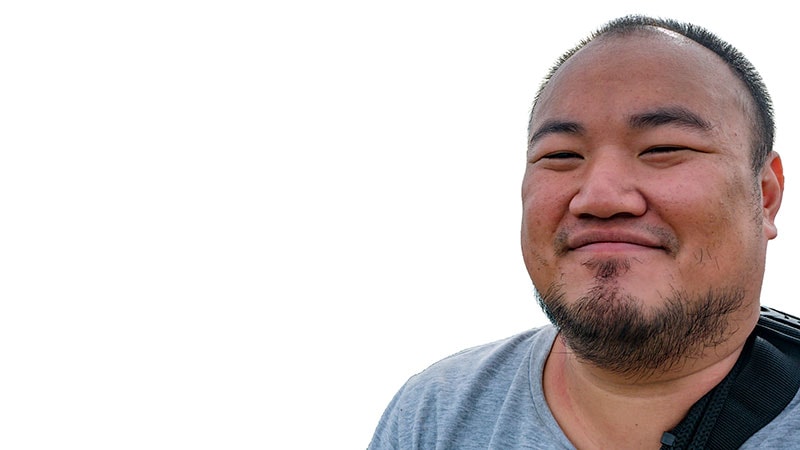 Obesity and the associated increased risk for cardiometabolic disease is missed in Asian Americans when using the standard body mass index (BMI) cutoff for obesity rather than a suggested lower threshold for obesity in Asians, new research in an American Asian population showed.

Moreover, the study showed that the six largest subgroups of Asian Americans — Asian Indian, Japanese, Filipino, Chinese, Korean, and Vietnamese Americans, in descending order of size — differ greatly in their rates of obesity.

In 2004, the World Health Organization (WHO) suggested that instead of defining obesity as a BMI ≥ 30 kg/m2, a lower threshold of a BMI ≥ 27.5 kg/m2 should be used to define obesity in Asians.

Using data from the Behavioral Risk Factor Surveillance System (BRFSS) surveys, and the standard definition of obesity, the researchers estimated that overall, the prevalence of obesity was 11.7% in Asian Americans — ranging from 6.3% to 16.8% in different subgroups.

The study by Nilay S. Shah, MD, MPH, and colleagues was published online today in the Annals of Internal Medicine.

The main finding of this work is that the number of Asian Americans with obesity, “a fundamental risk factor for several chronic diseases,” is much higher using the definition for Asians, Shah, assistant professor of medicine (Cardiology) and preventive medicine, Northwestern University Feinberg School of Medicine, Chicago, explained in an interview with Medscape Medical News.

Second, the study showed that there are “really wide differences in the prevalence of obesity” in Asian Americans, he noted.

“In addition to our data, other work that is being done in this space is strong enough to at least recommend to clinicians that they should be considering obesity-related risks at lower BMI in Asian American populations,” he said.

“For the longest time, individuals who identified as Asian were grouped into one category,” Shah continued. However, in the last 5 to 10 years, “we really started to understand that the communities that make up the Asian American population are actually very diverse in things like health behaviors, socioeconomic patterns, educational attainment, and English language literacy,” which contribute to health.

Writing in an accompanying editorial, Christina C. Wee, MD, MPH, notes that “obesity is among the leading causes of preventable deaths, a focus of research, and a public health priority in the United States and worldwide.”

However, “the United States has paid insufficient attention to the problem of obesity in Asian Americans, the country’s most rapidly growing ethnic group, in part because of the perception that they are at low risk for obesity and its  adverse health effects,” said Wee, senior deputy editor, Annals of Internal Medicine, and vice president, Annals Division of the American College of Physicians.

Until the past decade, the US did not consistently track the prevalence of overweight and obesity in Asian Americans.

The study by Shah and colleagues is “one of the first times we have looked at prevention in [Asian] subgroups,” and it highlights two issues, she told Medscape Medical News: how to define obesity in Asians, and that not all Asian Americans are the same even with the modified definition.

The rate of obesity in Chinese Americans is still low, whereas it is quite high in Filipino and Japanese Americans.

Despite the WHO’s 2004 report, the adoption of a lower BMI threshold to classify risk for Asian Americans has been slow in the United States, Wee wrote, and not surprisingly, a 2017 study found that Asian Americans were three times more likely than Whites to have undiagnosed diabetes.

“Because clinicians and payers look to guidelines to guide practice and reimbursement for weight loss interventions,” Wee adds, ” the lack of recommendations specific to patients of Asian descent puts them at risk for delayed treatment.”

“Many decades into our ‘war against obesity,’ Shah and colleagues remind us that one size does not fit all,” she concludes.

The researchers aimed to determine the degree of variation in obesity in Asian Americans, using both the standard definition of obesity and the definition for Asians.

The researchers acknowledge that a study limitation is that the BMI was based on self-reported height and weight, but this would tend to underestimate the true prevalence they note.

“Substantial heterogeneity in obesity prevalence exists among Asian American subgroups in the United States. Future studies and public health efforts should consider this heterogeneity,” they conclude.

The study was funded by a grant from the National Heart, Lung, and Blood Institute. Shah and Wee report no relevant financial relationships.

Why Viagra may be useful in treating lung diseases

Discovery of a new function of the cerebellum
Recent Posts