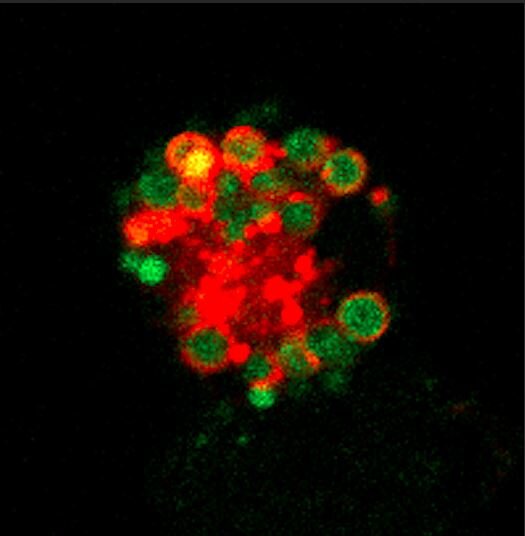 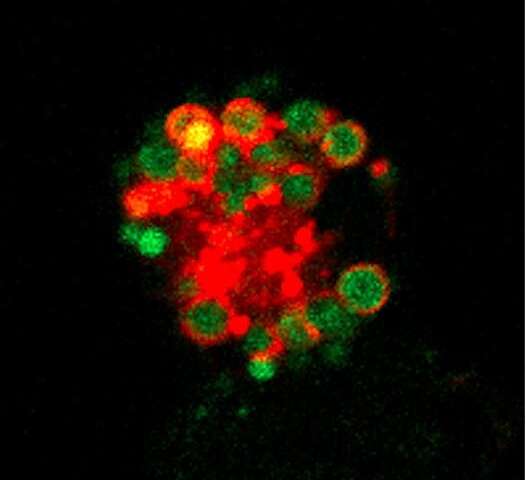 A team at the Centro Nacional de Investigaciones Cardiovasculares (CNIC), working in partnership with researchers at Mount Sinai Hospital in New York, has discovered a new molecular mechanism mediated by nuclear receptors that determines the identity and expansion of macrophages—one of the cell types that act as immune sentinels in the body. The newly discovered mechanism specifically affects macrophages resident in the serous cavities, the membrane-surrounded cavities that enclose and protect many organs. The findings, published today in Nature Communications, could have important implications for the treatment of diseases that affect the serous cavities and the organs they contain, including many cancers and myocardial infarction.

“Macrophages are immune-system cells whose main function is to act as sentinels in the body, defending it against pathogens. Macrophages are also important for maintaining homeostasis—the balanced and stable functioning of the body’s systems—by eliminating tissue waste products and debris from tissue repair,” explained Dr. Mercedes Ricote, study coordinator and head of the Nuclear Receptor Signaling group at the CNIC. “In recent years, work from many groups has changed the understanding of the hemopoietic origin and regulation of macrophages. These studies have revealed enormous heterogeneity among tissue macrophages, depending on their embryonic or hemopoietic origin and on the microenvironmental signals that modulate their identity and maintenance in adult life.”

There are three serous membranes: the peritoneum, which covers the abdominal cavity; the pleura, surrounding the lungs; and the pericardium, which covers the heart. “One of the main functions of the macrophages residing in these cavities is to maintain homeostasis by removing dead cells,” explained Dr. Ricote. In addition, recent studies have demonstrated that these macrophages can infiltrate adjacent injured organs, “generating an effective rapid-repair response that is independent of the recruitment of macrophage precursors via the blood supply.”

The Nature Communications study was led by Dr. Ricote at the CNIC and Dr. Miriam Merad at Mount Sinai Hospital, and the joint first authors are Dr. María Casanova (Mount Sinai) and Dr. Mª Piedad Menéndez (CNIC). The study demonstrates that the expansion of peritoneal macrophages after birth and their maintenance during adult life are controlled by retinoid X receptor (RXR), a member of the nuclear receptor family. 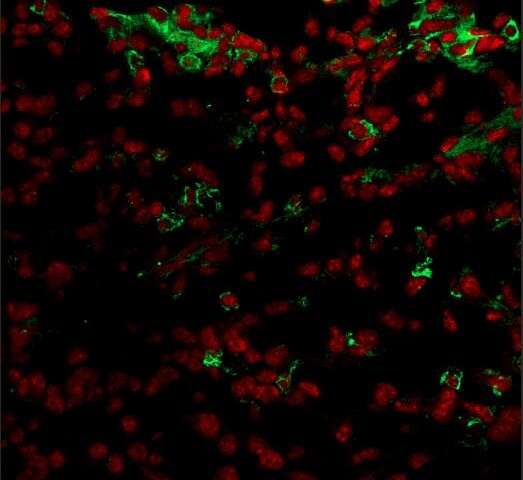 “RXR exists in the interior of cells,” explained Dr. Mª Piedad Menéndez, “where it detects the presence of lipids and derivatives of vitamin A. These ligands activate RXR, triggering the expression of specific genes that control development, immunity, homeostasis, and metabolism.”

The research team showed that RXR is required to establish a population of macrophages in the serous cavities of newborn mice by controlling their proliferation. The study also shows that RXR is important for the survival of these macrophages in adults. As Dr. Menéndez explained, “the absence of RXR from serous-cavity macrophages results in a massive accumulation of toxic lipids that kills the cells through a process called apoptosis.”

The findings demonstrate that loss of RXR function leads to a decrease in the number of macrophages in the peritoneal cavity, resulting in a decreased contribution of these macrophages to growing ovarian tumors, slowing the progression of the disease. Dr. Ricote emphasized that “Serous cavity macrophages thus represent a possible target for the treatment of cancers that affect organs in the serous cavities.”

Digital health and oncology: a growing world of personalisation, diagnosis and prognosis