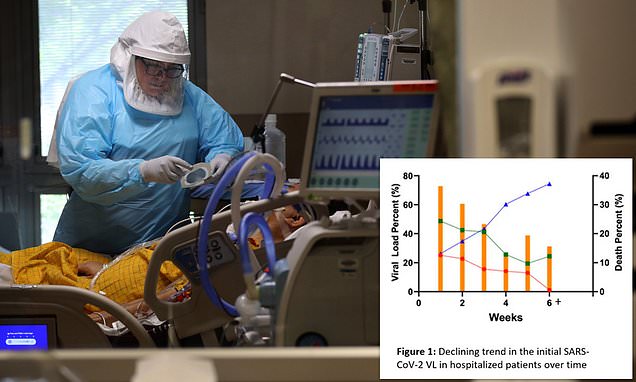 Viral loads from coronavirus patients have been decreasing as the pandemic rages on, a new study suggests.

Researchers found that just 25 percent of nasal swabs from hospitalized patients in April detected low levels of the virus.

What’s more, the decline in viral loads was linked to a decrease in death rate.

The team, from Wayne State University, in Detroit, Michigan, says it believes that as states implemented measures, such as social distancing and face mask mandates, the number of severe cases fell. 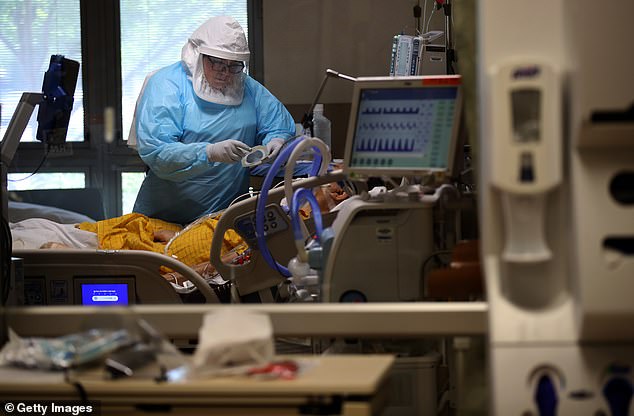 A new study from Wayne State University found that 50% of hospitalized coronavirus patients were in the intermediate viral load category compared to 25% of patients each in the high and low groups. Pictured: A nurse cares for a coronavirus COVID-19 patient in the ICU at Regional Medical Center in San Jose, California, May 21 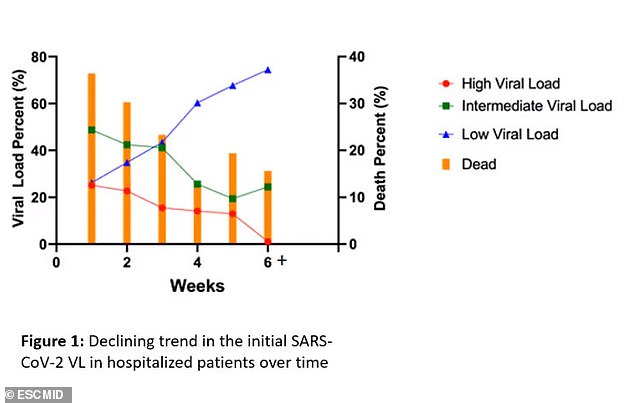 Five weeks later, in June, 70% of patients in the low category in comparison with 20% in the intermediate group and 15% in the high group (above)

For the study, the team looked at viral loads of SARS-CoV-2 obtained from nasopharyngeal samples over two months.

A total of 708 hospitalized patients at Detroit Medical Center were examined between the period of April 4 and June 5, 2020.

To estimate the viral load, researchers used what is known as a cycle threshold (Ct) value for each sample, with a higher Ct indicating a lower viral load.

High, intermediate, and low viral load samples were defined as having a Ct value of 25 or under, from 26 to 36, and 37 or over, respectively.

During the first week of the study period, nearly 50 percent of viral load samples fell in the intermediate category.

By comparison, only one-quarter each were classified as high or low.

During the last week of the study period, 70 percent of the positive coronavirus samples had low viral loads.

About 20 percent of samples were in the intermediate category and approximately 15 percent were in the high group.

Researchers also found that a decrease in viral loads coincided with a decline in the percent of deaths.

Almost half of patients who were in the high viral group died from COVID-19, the disease caused  by the virus.

Comparatively, 32 percent of patients in the intermediate category and 14 percent in the low category passed away. 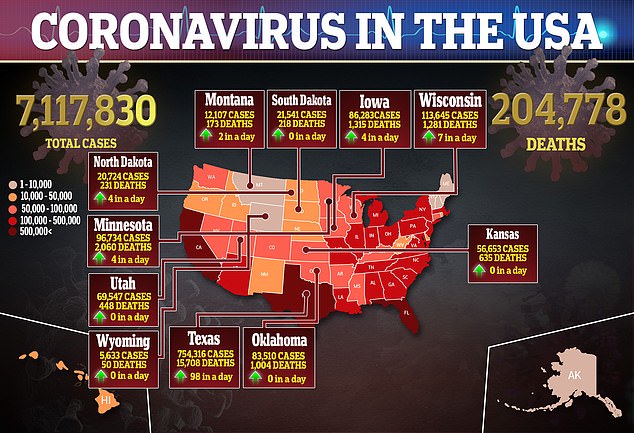 ‘A downward trend in the initial [viral load] may reflect a reduction in the severity of the pandemic and trends in the viral load values over time may represent a marker to assess the progress of the pandemic.

‘Rapid implementation of social distancing measures, lockdown and widespread use of face masks may have contributed to a decrease in the exposure to the virus.’

The findings were presented at the European Society of Clinical Microbiology and Infectious Diseases’ Conference on Coronavirus Disease. 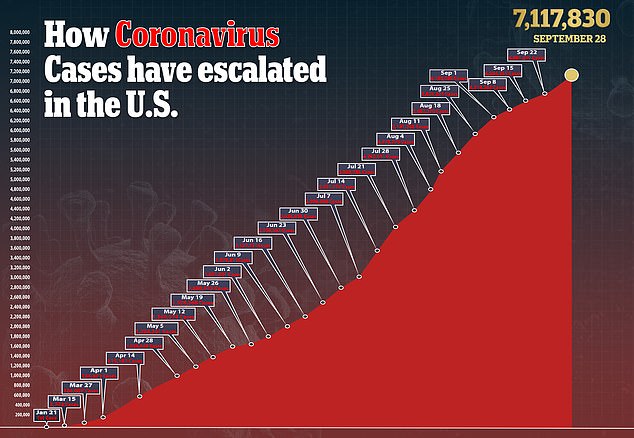 ‘Tired’ brain cells may distort your sense of time
Recent Posts
We and our partners use cookies on this site to improve our service, perform analytics, personalize advertising, measure advertising performance, and remember website preferences.Ok