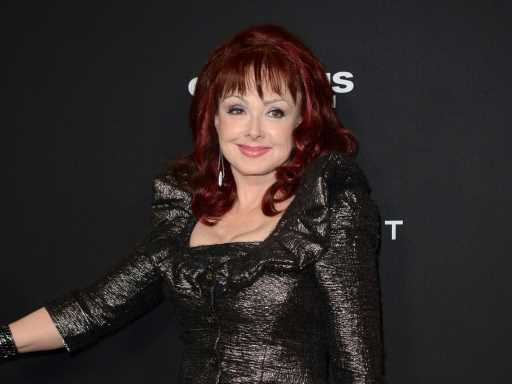 Naomi Judd's Death Is a Reminder That Depression Really, Truly Changes How You See Reality

If you or someone you know is considering suicide, please contact the National Suicide Prevention Lifeline at 1-800-273-TALK (8255), text “STRENGTH” to the Crisis Text Line at 741-741 or go to suicidepreventionlifeline.org.

How do you know if someone is okay? In the hours before country star Naomi Judd died by suicide, her daughter Ashley Judd was visiting her at her Tennessee home. “I visit with my mom and pop [stepfather Larry Strickland] every day when I’m home in Tennessee, so I was at the house visiting,” Judd told Diane Sawyer on Good Morning America last week.

“It was a day like another day?” Sawyer asks.

Judd carefully considers: “It was a mixed day.”

Even before the tragedy of Naomi’s passing, April 30 was, in one big way, not like any other day. It was the day before Naomi and daughter Wynonna Judd were due to be inducted into the Country Music Hall of Fame for their duo The Judds, a hard-won honor for the Grammy-winning musical career that began over 40 years ago with Naomi as a single mom and nurse with a dream. For Ashley, that’s an important thing to highlight: From the outside, it looked like a high point in her mother’s life. But because of the depression and suicidal ideation she suffered from, that didn’t matter.

“Our mother couldn’t hang on until she was inducted into the Hall of Fame by her peers. That is the level of catastrophe of what was going on inside of her,” Ashley explains. “The regard in which they held her couldn’t penetrate into her heart, and the lie the disease told her was so convincing.”

“When we’re talking about mental illness, it’s very important…to make the distinction between our loved one and the disease. It lies. It’s savage.”

When you’re suffering from depression, those lies can close in and feel like reality — no matter how different your life may appear to others. Those lies can influence your behavior, making it harder to reach out for the necessary help as you become convinced that your problems are unsolvable. From the outside, this means it’s impossible just from looking at someone’s circumstances to assess whether their mental health is stable, and it also means you can’t count on someone badly struggling to let you know when they need help.

“She was someone who suffered from mental illness, you know, and had a lot [of] trouble getting off the sofa,” Ashley tells Sawyer of her mother. “She was very isolated in many ways because of the disease.”

But also: “Mom was a brilliant conversationalist … she was a star, she was an underrated songwriter…[She would] go into town every day to the Cheesecake Factory, where all the staff knew and loved her. And I know everything about them, ’cause she told me everything about them. Or Duane at Walgreens you know, who needs to get a dog. That’s the way she was.”

Naomi Judd could be dazzling and engaging at one moment, isolated and withdrawn the next. Throughout it all, she was struggling with a depression that warped her reality and held her back from the love and community waiting just outside her door with open arms. In listening to Ashley Judd speak about her mother, we hear about the life that Naomi should have been able to experience fully.

Depression can feel unbearable — but that’s just one more lie that the disease tells you. The best way to honor Naomi’s life is to reach out for help if you need it, and encourage anyone who may be struggling in your life to do the same. The National Institute of Mental Health’s list of warning signs of suicide includes new withdrawn behavior, talking about death or feeling like a burden, extreme mood swings, changes in routine or risky behavior, and discussion of saying goodbye or researching ways to die.

If you’re concerned that someone in your life may be at risk, it’s recommended that you make sure that person isn’t alone, remove anything they might be able to use for a suicide attempt from their access, and utilize one of the helplines given below. If you feel hopeless, please know that it’s possible to feel better, and it’s never too late to seek help for your pain.

If you or someone you know is considering suicide, please contact the National Suicide Prevention Lifeline at 1-800-273-TALK (8255), text “STRENGTH” to the Crisis Text Line at 741-741 or go to suicidepreventionlifeline.org.

An important part of dealing with grief is knowing you’re not alone. Here’s some of our favorite and most insightful quotes about coping with grief for people going through a difficult time: