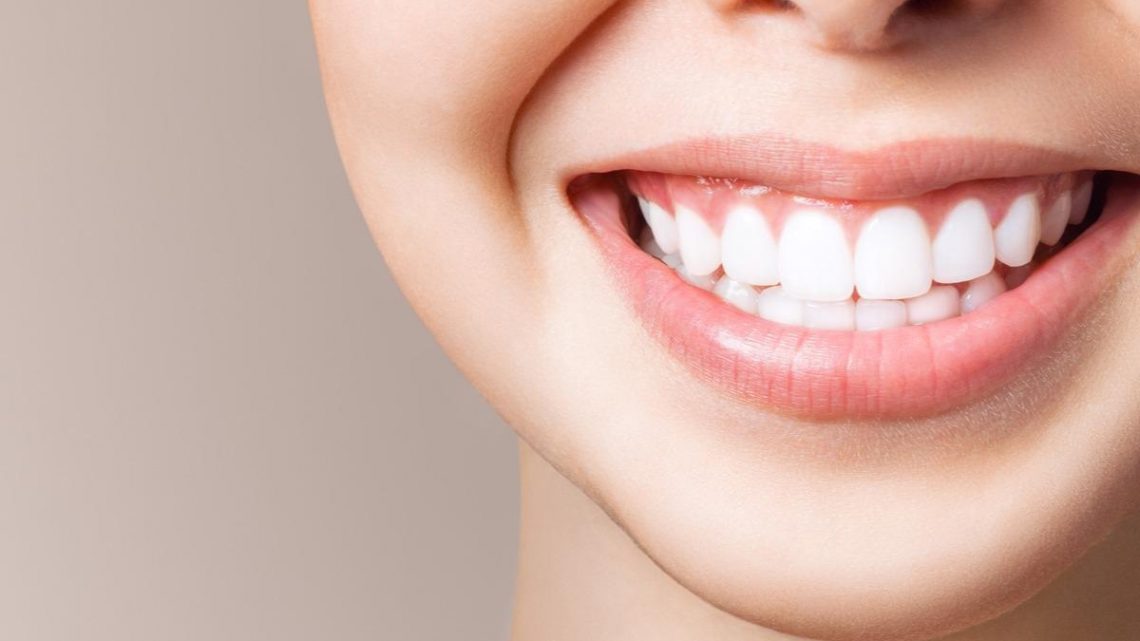 Nanoparticles may be the next-generation solution for teeth whitening

Dental esthetics such as color are essential for patients; for instance, a study found that 34% of adults in the United States (US) were dissatisfied with their tooth color. A survey in the United Kingdom (UK) reported that more than 96% of participants believed that dental esthetics influenced their self-confidence and psychosocial behavior.

Different methods have been introduced for whitening teeth, such as bleaching toothpastes, scaling, and polishing. There are three methods of tooth whitening: at-home, in-office, and over-the-counter (OTC) whitening. All methods use carbamide peroxide and hydrogen peroxide (H2O2) as whitening agents. A higher concentration of H2O2 generates more free radicals leading to tooth whitening.

In-office whitening process, termed chairside bleaching, is performed by a professional dentist with 15% – 20% of H2O2 up to three times for 15 to 20 minutes. The at-home method requires self-administration of treatment for three to eight hours for several weeks, supervised by a dentist. This method uses 3.5% – 6.5% H2O2for overnight application or 7.5% if performed during the day.

Although using higher amounts of H2O2 results in an excellent whitening effect, overexposure in quantity and time could cause burns in the mouth. Nonetheless, since dentists regulate the concentration of H2O2, the adverse effects could be minimized.

NPs have unique biological properties, unlike whitening agents, and have been used in different applications in prosthetic dentistry, implants, restorative dentistry, periodontology, and oral cancer treatments. NPs also exhibit antibacterial, antifungal, and antiviral properties. Nevertheless, few studies have used NPs for tooth whitening because of the belief that NPs might irreversibly damage teeth through invasive whitening.

Metal or metal oxide NPs like AuNP, ZnO, TiO2, and silver NP (AgNP) are well known for their antibacterial and anti-inflammatory properties. They have been used in oral care products for preventing oral diseases. NPs produce reactive oxygen species (ROS) such as single oxygen, superoxide radicals, hydroxyl radicals, and H2O2 when bacteria exist in oral environments.

The type of ROS differs based on NPs; for instance, ZnO and AuNPs generate H2O2, whereas AgNPs form hydroxyl radicals. Therefore, AuNPs, ZnO, and cupric oxide (CuO) have been reported to be suitable for whitening.

In one study, researchers demonstrated that mice administered with 20mg/kg of AuNPs for 90 days had minimal changes in biochemical and hematological factors and that the differences were toxicologically insignificant. Another research group showed that the whitening effect of H2O2 was significantly increased by using AuNPs, albeit the toxicity of AuNPs during whitening could not be ruled out.

A research team showed that ZnO-biomass carbon (BC) composite had an excellent whitening effect using long-wavelength light. Further, color levels of teeth were improved, and no toxicity was detected in vitro and in vivo. In a study, researchers investigated the effect of light irradiation on whitening with H2O2-containing TiO2 NPs. They showed that 3.5% H2O2-containing TiO2 NPs had the same whitening effect as that of 35% H2O­2, with the most substantial effect at 405 nm diode laser.

HA is a ceramic that forms the inorganic component of bones. Thus, HA NPs have significant advantages because they have a strong affinity for demineralized surfaces and feature properties similar to the building blocks of enamel. Hence, these NPs could form an apatite layer overlaying the interprismatic and prismatic enamel. HA NPs could help restore mineral density and translucency. One study reported that the whitening effect amplified with the increase in concentrations of HA NPs.

In a randomized controlled trial, researchers found that people who brushed their teeth with toothpastes containing HA NPs had significantly improved tooth color. Besides, some have reported HA NP-containing oral products were safe. A toothpaste containing hydrated silica was shown to make teeth less yellow and whiter after brushing, while others found excellent stain removal characteristics and antifouling effects.

The authors illustrated different NPs for tooth whitening. AuNPs, TiO2, and ZnO NPs could produce ROS with whitening and antibacterial effects, while HA could remineralize teeth besides whitening. They posit that metal and metal oxide NPs could have substantial potential as next-generation whitening agents. Nevertheless, several challenges remain for applying NPs for tooth whitening, and commercial use (of NPs) could advance in the future with increasing evidence.

Tell Us About Your Medical Debt
Recent Posts