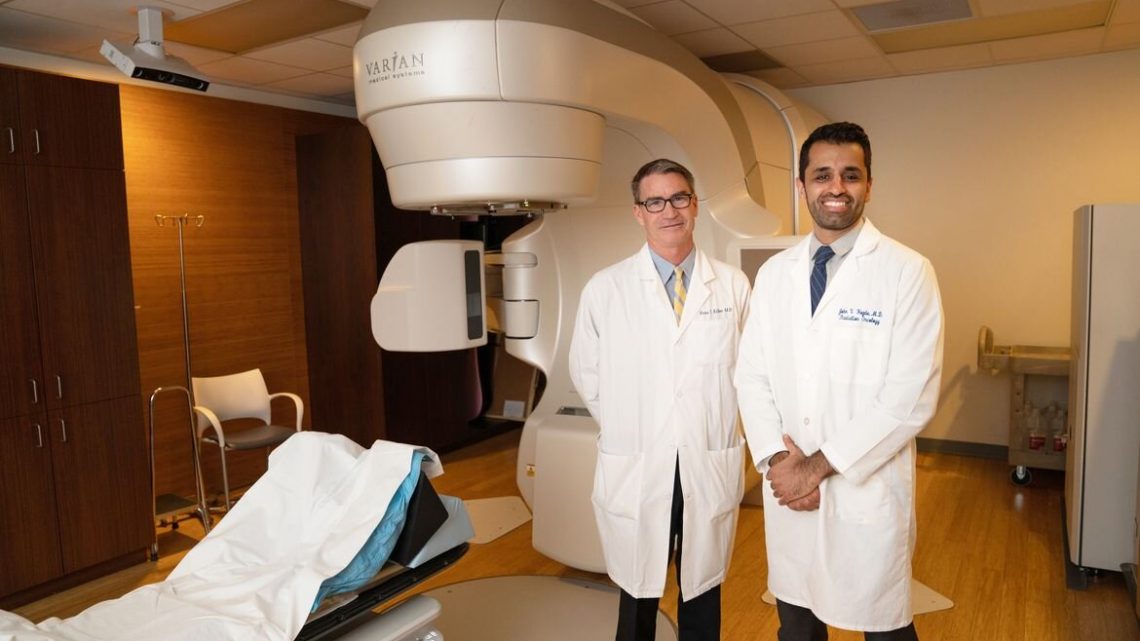 Much shorter radiation treatment found to be safe, effective for people with soft tissue sarcoma 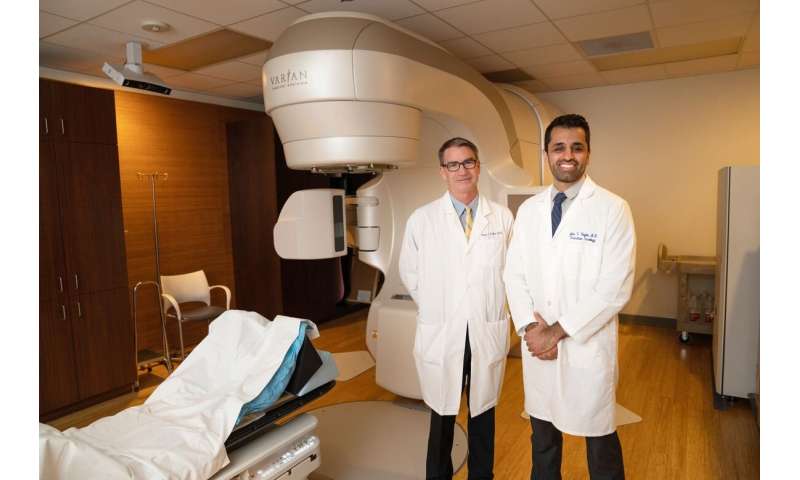 A new study led by researchers at the UCLA Jonsson Comprehensive Cancer Center found that treating soft tissue sarcoma with radiation over a significantly shorter period of time is safe, and likely just as effective, as a much longer conventional course of treatment.

Sarcoma, a rare type of cancer of the soft tissues (for example, muscle, nerves, fat, or fibrous tissue) or bone, affects about 13,000 people of all ages in the United States each year. Many people with a soft tissue sarcoma diagnosis receive a five-week course of radiation therapy (daily Monday through Friday). Four to five weeks after that, the tumor is removed in surgery. In this study at UCLA, a national leader in the care of patients with sarcoma, researchers used a condensed five-day radiation regimen that considerably cuts down the length of treatment and the time to surgery.

“Shortening the radiation therapy from five weeks to five days has been a very meaningful change for patients,” said lead author Dr. Anusha Kalbasi, assistant professor of radiation oncology in the division of molecular and cellular oncology. “Five weeks of daily treatments is a burdensome commitment for patients. The daily back-and-forth can be expensive and time consuming, and it can really interfere with work, school or parenting. So finding a way to safely shorten the radiation treatment is a significant advancement in improving the quality of care for patients with hard-to-treat cancers like sarcoma.”

Researchers enrolled 52 adults at UCLA diagnosed with a soft tissue sarcoma of the limbs or trunk—where these tumors most commonly occur—that was localized and had not spread to other parts of the body. The participants underwent a condensed form of radiation therapy for five days, followed by surgery. The team then analyzed and followed the cohort for an average of 2 1/2 years.

They found less than 6% of the patients with at least two years of follow-up on the clinical trial had a recurrence of their tumor, which is on par with studies using the conventional five-week regimen, Kalbasi said.

“The main reason we treat sarcoma patients with radiation before surgery is to prevent the tumor from recurring where it was removed,” said Kalbasi, who is also a member of the Jonsson Cancer Center. “As an added benefit, in some cases it can cause the tumor to shrink. So far it appears that the five-day treatment is working just as well as the five-week treatment.”

Along with studying tumor recurrence rates, researchers also closely examined the severity of wound complications. Sarcoma surgery often requires a large incision to remove the tumor and can by itself result in wound complications. Adding radiation before surgery can slow the healing process even more. The team wanted to make sure the condensed five-day treatment didn’t make wound complications worse.

“In the long term, having radiation before surgery lowers the chance of side effects like swelling, joint stiffness and fibrosis, that are big contributors to quality of life,” Kalbasi said. “But this comes at a trade-off with a higher rate of wound complications immediately after surgery. The good news is that our five-day treatment did not increase the chance for wound issues after surgery compared to the conventional five-week treatment.”

By using a DNA swab from each participant to test for mutations, the team found that they could identify microRNA-disrupting genetic biomarkers that are associated with the risk of wound complications.

“We know from experience that different patients respond to the same amount of radiation in different ways, and we have always believed that it is due to the patient’s personal response to radiation,” said study co-author Dr. Joanne Weidhaas, a professor of radiation oncology and director of translational research at the David Geffen School of Medicine at UCLA, who led the biomarker studies. “This type of biomarker lets us know up front who may or may not have a high risk of wound complications, and can potentially help us determine the best type of treatment to offer for patients. Having this information upfront is a big advantage, which can really advance personalized medicine.”

In the two years since the study began, the team also noticed a rapid rise in the number of patients coming to UCLA, a high-volume sarcoma center, for radiation treatment before surgery. Nearly half of the study participants traveled more than 100 miles to UCLA for radiation treatment. Past studies have shown treating sarcomas at a high-volume center with the expertise of a multidisciplinary sarcoma team is associated with improved outcomes.

The five-day radiation therapy regimen may not only preferred by people undergoing the treatment, but it will also result in more people having access to care at high-volume centers that specialize in treating such a rare cancer, Kalbasi said.

To further validate the study’s findings, the team plans to continue to follow the cohort for at least five years to see if, in terms of cancer control and longer-term side effects, the five-day radiation treatment continues to be just as safe and effective as the traditional five-week treatment. The team has also expanded the clinical trial to include patients who are also receiving chemotherapy before surgery.