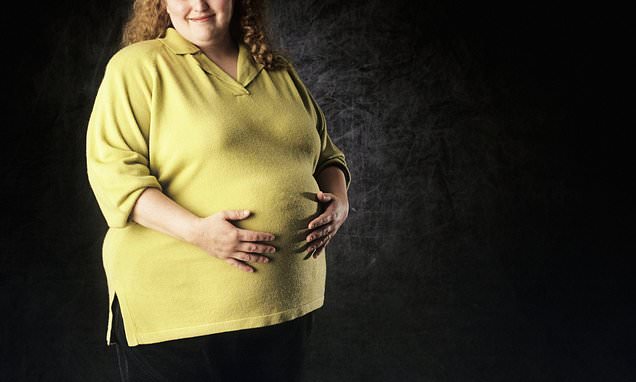 One mother’s obesity may the liver cancer risks for years of descendants to follow, a new study suggests.

Researchers found, in experiments conducted on mice, that a high-fat diet led to gene expression appears to pass on the susceptibility for liver cancer.

What’s more, this is also increased the odds of liver cancer developing in their offspring and on throughout several future generations.

The team, from Wuhan University and Huazhong University of Science and Technology -both in Wuhan, China – says the findings show that liver cancer risk does not stem from the child’s exposure to a high-fat diet but rather changes in key genes in the mother’s DNA. 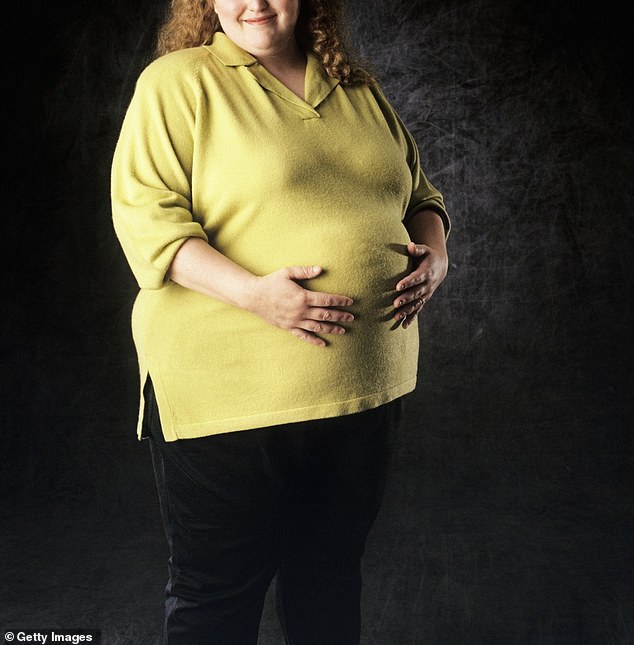 A new study from Wuhan, China, found that mice mothers fed a high-fat diet led to an over-expression of a gene that is usually abnormally expressed in various types of cancer (file image)

According to the Centers for Disease Control and Prevention, 42.4 percent of the US adult population is obese and 18.5 percent of American children are obese.

Obesity is known as a risk factor for several chronic health conditions including type 2 diabetes, strokes, heart attack and even certain types of cancer.

Experts have warned that the proportion of obese adults will only grow as younger generations do.

Health officials say that addressing the obesity epidemic will not only lead to better health outcomes but also reduce medical costs.

For the study, published in the Journal of Hepatology, the team fed mice a high-fat diet so they would become obese.

Researchers then gave the rodents diethylnitrosamine, an organic compound that is an extremely potent liver carcinogen so they would develop liver cancer.

Next, they looked any genes that were altered over generations.

They found that a maternal obesity induced by a hight-fat diet led to increased odds of developing liver cancer.

Additionally, the risk of developing liver cancer increased from generation to generation if all were overweight

‘Maternal obesity, which directly affects the health of the offspring, plays a critical role in the obesity epidemic and metabolic diseases,’ the authors wrote.

‘Epidemiological studies show that obesity is an independent risk factor for liver cancer. Our study provides insights into the question of whether and how maternal obesity affects tumor incidence in offspring.’

Researchers say there is gene, miR-27a-3p, that is abnormally expressed in various types of cancer, such as liver cancer and colorectal cancer.

Levels of this gene could be a warning for how high somebody’s risk is.

‘For pregnant mothers, the serum level of miR-27a-3p is critical for the offspring’s health and may be used in future as a diagnostic or predictive biomarker,’ said Dr Ling Zheng, a professor at the College of Life Sciences at Wuhan University.

‘We would therefore like to call for a global effort on maternal multigenerational obesity in humans to better address this common problem we are facing.’