A tiny gene fragment may explain why some autistic people have cognitive impairments, a new study suggests.

The segment, known as an eIF4G microexon, plays a large role in brain development and the processing of information.

In research conducted on mice, scientists found that rodents missing this fragment had poorer social skills as well as difficulties with learning and memory.

The team, from the University of Toronto in Ontario, Canada, says the findings provide evidence that gene therapy to reintroduce this segment could one day be an effective treatment for autism.

However, many in the autism community believe the disorder doesn’t need treatment at all. 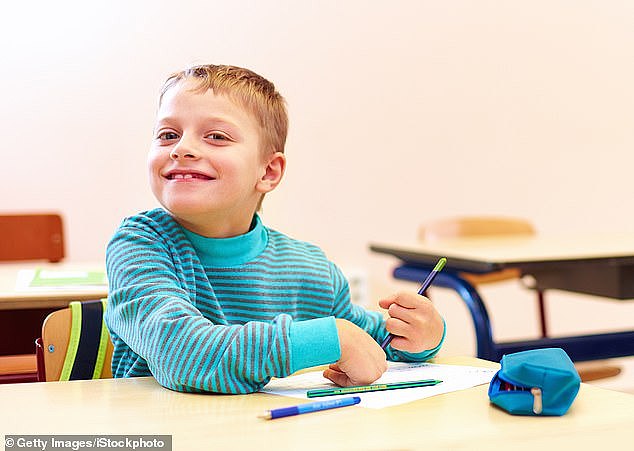 A new rodent study from the University of Toronto in Ontario, Canada, has found that a missing gene segment could explain why autistic people struggle with social interaction, memory and learning (file image)

‘It’s very important to understand the mechanisms that underlie autism, especially in idiopathic forms where it is not clear what the underlying causes are,’ said lead author Thomas Gonatopoulos-Pournatzis, a postdoctoral fellow at the University of Toronto.

Autism spectrum disorder (ASD) is a developmental disorder in which sufferers have a hard time communicating and with behavior.

It encompasses several conditions – including autism, Asperger’s syndrome and other disorders with language and motor skill delays – and symptoms can range from mild to severe.

Children are usually diagnosed by age two after they exhibit signs such as reduced eye contact, not responding to their name and performing repetitive movements.

According to the Centers for Disease Control and Prevention, about one in 59 children has ASD, and boys are up to four times more likely to have the condition than girls are.

The team, in previous research, had found a link between autism and tiny gene fragment called microexons, which are primarily found in the brain.

They looked at a specific microexon in a gene known as eIF4G, which plays a role in helping cells make proteins.

Results showed that this short segment is often missing or deficient in eIF4G genes in the brains of autistic people.

For the new study, published in the journal Molecular Cell, researchers bred mice that lacked the eIF4G microexon and compared them to control mice that were not missing the fragment.

Mice without the segment had issues with social behavior such as avoiding interaction with other mice.

The rodents missing the microexon also did not perform well on a learning and memory tests compared to the control mice.

Removing this single small gene segment appeared to trigger many of the most classic traits seen in people on the autism spectrum.

‘We could not have imagined that a single microexon would have such an important impact not only on social behavior but also on learning and memory,’ said Gonatopoulos-Pournatzis.

‘Not only have we identified a new mechanism that contributes to this disorder, but our work may also offer a more rational development of therapeutic strategies.’

The team believes the results could explain the cause of some autism cases that don’t have any other genetic clues.