A new study suggests that following a Mediterranean diet may help reduce the risk of cognitive impairment and slow the rate of cognitive decline at a population level. 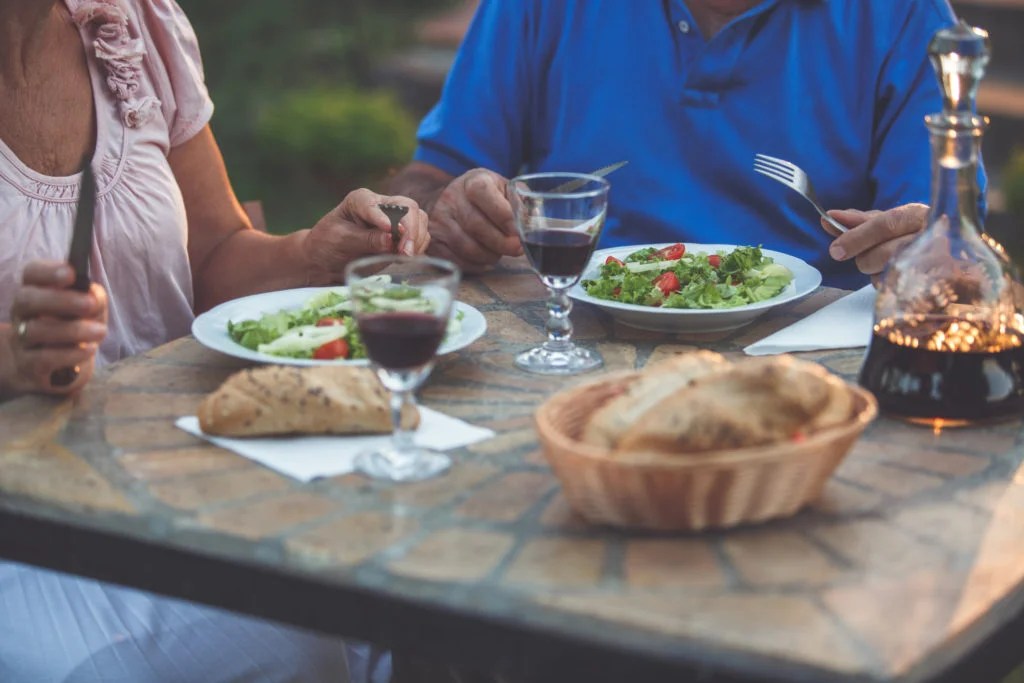 A new study has drawn a link between following a Mediterranean diet and reduced cognitive impairment.

The research, which features in the journal Alzheimer’s and Dementia, suggests that, at a population level, following a Mediterranean diet may reduce the risk of cognitive impairment and slow cognitive decline.

The research is particularly pertinent to health policies that may help reduce the risk of types of dementia, such as Alzheimer’s disease.

According to the Centers for Disease Control and Prevention (CDC), dementia is a general term referring to significant cognitive decline, often in later life. Different diseases can cause dementia, the most common type of which is Alzheimer’s disease.

According to the National Institute on Aging, Alzheimer’s disease is a type of neurodegenerative dementia. It occurs when abnormal deposits of proteins build up in a person’s brain, causing neurons to lose connectivity with each other and die.

A person with mild Alzheimer’s may experience memory loss and changes in personality or behavior. As the disease develops, they may go on to experience difficulty moving and have more significant confusion — for example, being unable to recognize family members or close friends.

Severe Alzheimer’s may leave a person unable to communicate and entirely dependent on other people for their care.

There is currently no known cure for Alzheimer’s. As a consequence, interventions that can delay or slow down the onset of cognitive decline may be very valuable for reducing the general rate and severity of Alzheimer’s disease in a population.

The authors of the new study wanted to explore the possible role of the diet in combatting dementia within a population. In particular, they wanted to see what effect a Mediterranean diet might have on relative cognition.

According to a 2017 article in the journal Nutrition Today, research has shown the Mediterranean diet to have a variety of health benefits, including a reduced risk of cardiovascular diseases, diabetes, breast and bowel cancer, inflammatory bowel disease, and neurodegenerative diseases.

It was the relationship between this last health issue and the Mediterranean diet that the authors of the present study wanted to look at in more detail.

To conduct the research, the authors drew on data from two large studies exploring the relationship between nutritional supplementation and age-related macular degeneration, a condition that affects the vision.

For the two studies, scientists recruited almost 9,000 participants. The first study recruited its participants between 1992 and 1998, and the second between 2006 and 2008. After applying exclusion criteria, the remaining number of participants was 7,756.

Scientists assessed the cognitive function of the participants in the first study between 2000 and 2004. The second study included assessments at the beginning of the study and then in years 2, 4, and 10.

The authors used standardized tests to determine cognitive functioning and a questionnaire to determine the extent to which the participants had followed a Mediterranean diet in the previous year.

The differences in cognition were relatively small, which means that at an individual level, they are unlikely to be noticeable. However, the results could make more of a difference at a population level.

As the authors note, the study did have some limitations. While they accounted for some factors that may have affected the results, such as each participant’s relative level of education, the team did not account for some other confounding factors.

For example, it could be that people who follow a Mediterranean diet are generally more physically active, which can significantly reduce the risk of various major health issues.

Nonetheless, the research contributes to a growing body of evidence that a Mediterranean diet can make a significant difference to the general health of a population.