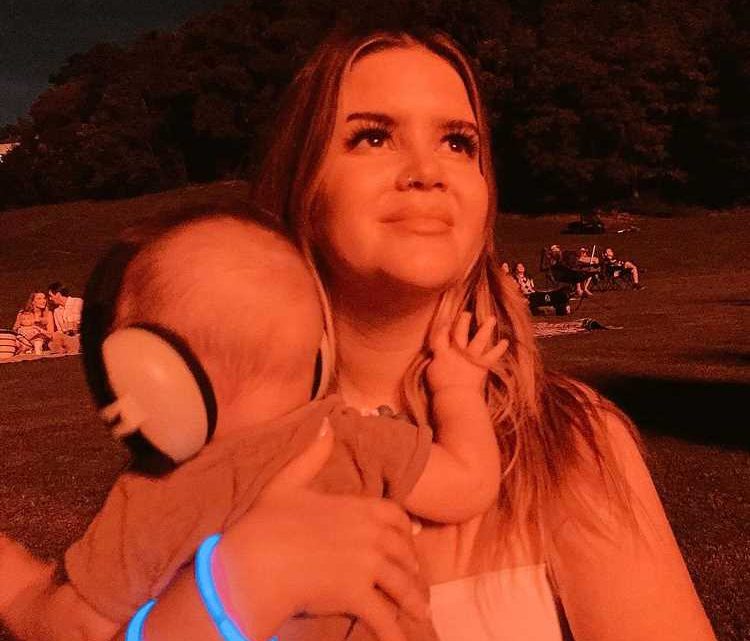 On Sunday, the 30-year-old singer shared a photo on Instagram where she is pictured holding on tightly to her 5-month-old son Hayes Andrew, as she looks up at the fireworks display above her.

"Baby’s first fireworks. 💥," Morris captioned the image, in which her son was wearing a pair of noise-canceling headphones. Earlier this year, Morris reflected on the mom-shaming she has received, and how it would affect her social media habits going forward.

During an at-home episode of Watch What Happens Live that aired in July, the country crooner told host Andy Cohen that she didn't think she would show her son's "face in photos on social media anymore," after she was recently on the receiving end of some critical comments about a photo of her with Hayes on a float.

"I'm gonna be a little more private about [Hayes]," Morris said. "It's been so fun sharing photos of him, but I feel like … you know, I can take someone saying my music sucks or I'm ruining country music, but for some reason, the mother card, I can't emotionally handle right now. So I was like, 'I'm just gonna protect myself and him from it.' "

"But I will say, he was completely safe," noted the mother of one about the picture that caused the controversy. "We were tied to a dock; I was in a foot of water on a float to get a photo."

"The Bones" singer went on to agree with Cohen, 52, who quipped that "people are a–holes on social media," replying, "They really are."

In general, Morris believes that "anyone that is a mother who is shaming another mother, it … probably comes from just a deep insecurity in your own motherhood that you have to criticize someone else."

"Especially [someone who's] brand-new at this. And we all feel like we suck in the beginning anyway," she said.

Study highlights the role of astrocytes in the formation of remote memories
Recent Posts
We and our partners use cookies on this site to improve our service, perform analytics, personalize advertising, measure advertising performance, and remember website preferences.Ok