Home » Health News » Lung cancer warning – do your eyes look like this? Hidden signs on your face 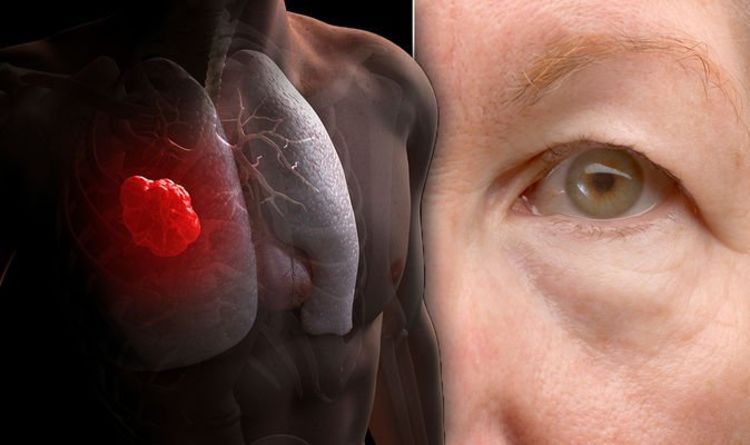 Lung cancer warning – do your eyes look like this? Hidden signs on your face

Lung cancer is one of the most serious types of cancer to be diagnosed, as it’s usually difficult to spot until it has spread to other parts of the body. You could be at risk of the disease if you develop droopy eyelids, it’s been revealed.

Lung cancer is one of the most common cancers to be diagnosed in the UK, warned the NHS.

Around 45,000 people are diagnosed with lung cancer in the UK every year.

Signs of the disease only tend to reveal themselves once the cancer has spread through the lungs.

You may be at risk of lung cancer if your eyelids become unusually droopy. 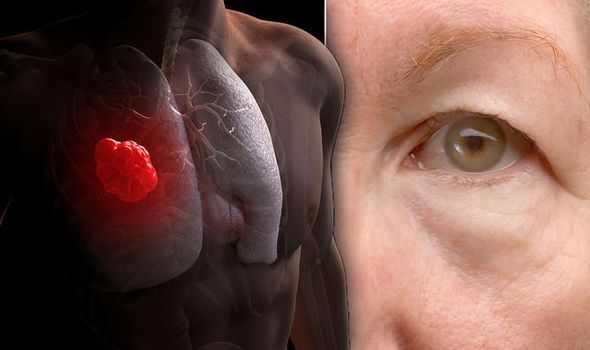 Droopy eyelids are usually nothing to worry about, and can be treated either naturally or with medication.

But, it could also be a warning sign of a tumour on the lungs.

Lung cancer can lead to neurological symptoms if it interacts with the body’s nerves.

That could give way to an eyelid’s droop, which is also known as ptosis.

“Patients who develop lung cancer often have other lung problems such as bronchitis; therefore, in these patients, change in their condition is important.

“In some cases, lung tumours can cause neurological symptoms by compressing nerves. This can lead to a drooping eyelid or reduced facial sweating – symptoms many people are surprised can be related to lung cancer.” 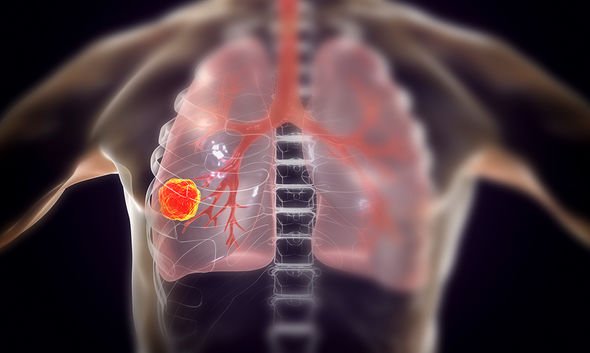 Ptosis can affect one or both of the eyelids, and has a variety of causes.

Droopy eyes could be caused by trauma, underlying medical conditions, or old age.

It can come and go, or a might be permanent fixture, while some people can develop it later in life.

The droopy eyelids may be accompanied by dry or watery eyes, and it may make the face appear sleepy.

You should speak to a doctor if you’re worried about the signs or symptoms of lung cancer.

The outlook for lung cancer isn’t as good as other types of cancer.

That’s because the symptoms are usually only spotted in its later stages.

About one in three patients live for at least a year after their diagnosis, while one in 20 live for another 10 years.