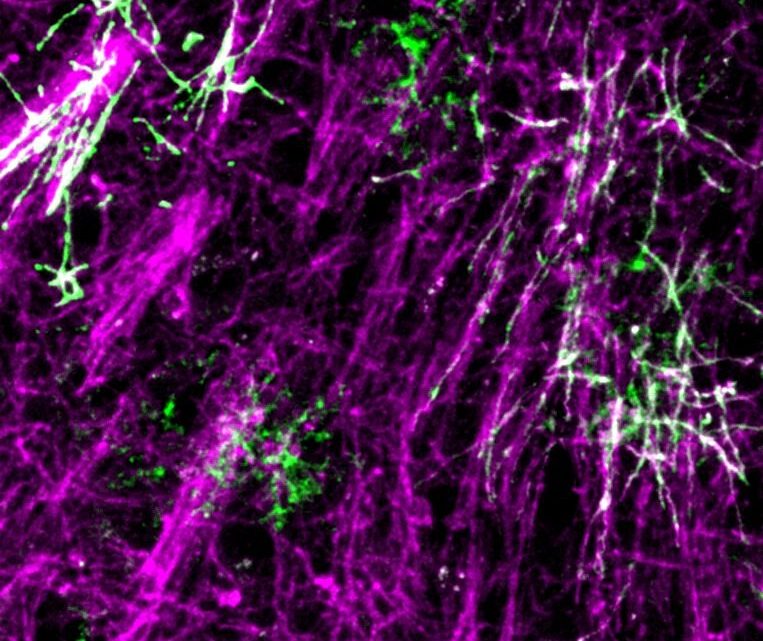 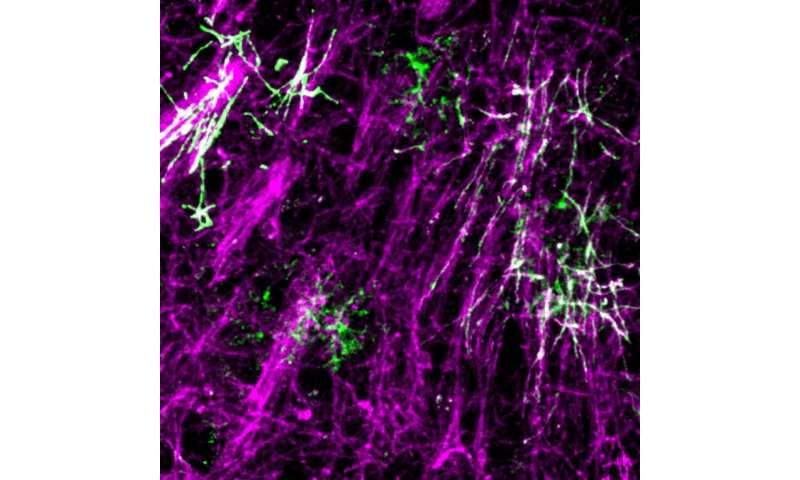 Most memories fade in a matter of days or weeks, while some persist for months, years, or even for life. What allows certain experiences to leave such a long-lasting imprint in our neural circuits? This is an age-old question in neurobiology that has never been resolved, but new evidence is pointing to a surprising new answer.

In a study published February 10, 2020 in Nature Neuroscience, UC San Francisco scientists have discovered that mice quickly learn a fearful response to a situation perceived as threatening, but for such a conditioned response to become long-lasting requires brain cells to increase amounts of an insulating material called myelin, which may serve to reinforce and stabilize newly formed neural connections.

According to the UCSF researchers, continued research on this role of myelin in learning might one day lead to new treatments for afflictions such as post-traumatic stress disorder (PTSD), in which unwanted, intrusive memories are continually retrieved because they are so strongly encoded in the brain.

“We find that a single, brief fear-learning experience can cause long-term changes in myelination and associated neurophysiological changes within the brain that can be detected even a month later,” said study author Mazen Kheirbek, Ph.D., an assistant professor in the Department of Psychiatry and a member of the UCSF Weill Institute for Neurosciences.

“Investigating the role of new myelin formation in adaptive and maladaptive learning is an important opportunity both for understanding basic mechanisms of learning and memory, as well as for identifying new targets for the treatment of mood and anxiety disorders,” he said.

Kheirbek, whose research at UCSF focuses on the neural circuits that generate mood and anxiety-related behaviors, jointly supervised the study with Jonah Chan, Ph.D., a Weill Institute member and the Debbie and Andy Rachleff Distinguished Professor in the Department of Neurology, whose research focus is on how the brain creates myelin and why it decays in multiple sclerosis (MS).

Myelin is formed during early development by brain cells called oligodendrocytes, which wrap themselves hundreds of times around the branching axons emanating from certain key neurons. This forms a thick sheath of protein and fat that acts like an insulator around an electrical cable, strengthening and speeding electrical signaling in the nerve pathways that connect one neuron to the next.

This insulation is particularly important for the brain’s busiest information superhighways, like the high-speed nerve fibers that can extend three feet or more, giving your brain nearly instant command over your body’s muscles. Damage to this myelin and an associated loss of muscle control are hallmarks of MS, but comparatively little attention has been given to the possibility that myelin could also undergo dynamic changes in the healthy adult brain. 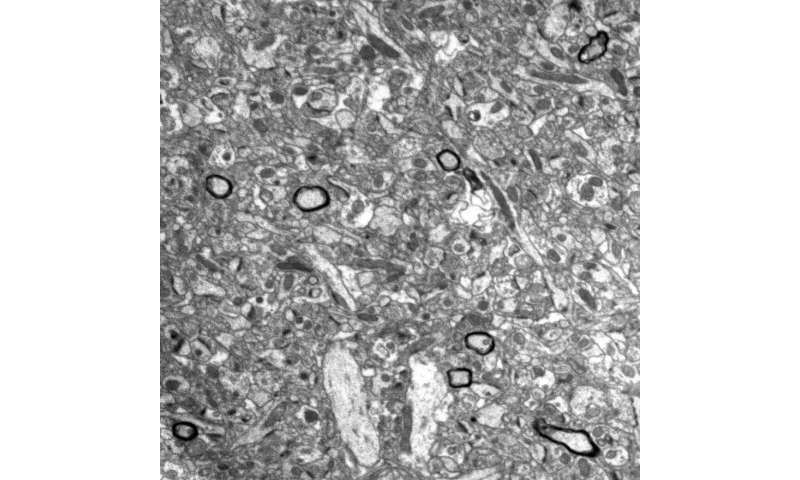 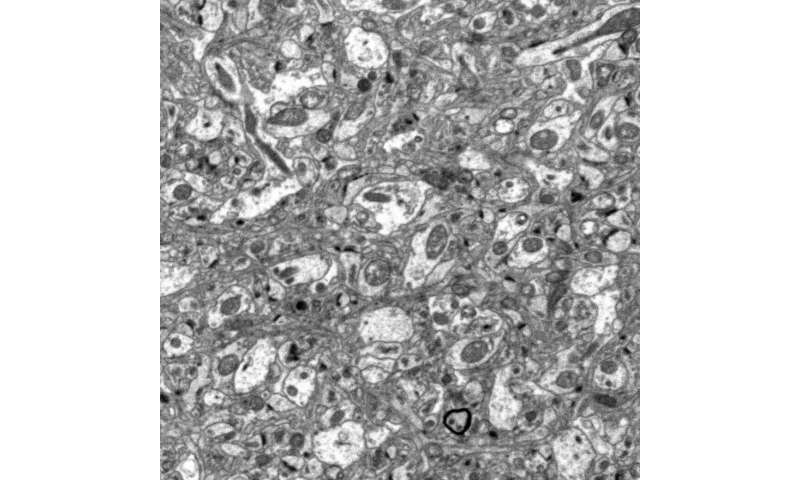 The new study takes these findings a step further, showing that changes in myelin play a critical role not only in animals’ physical movements, but also in laying down long-lasting emotional memories.

When mice receive a mild electrical foot shock in a conditioning chamber with various contextual cues, they quickly learn to associate the shock with this specific context: when they are later returned to the same chamber, they freeze, even in the absence of the shock. This is interpreted as a behavioral expression of remembered fear.

In their new study, the UCSF researchers determined that acquiring a memory of a foot shock in this way was accompanied by increased myelin formation in the medial prefrontal cortex, a brain region important for the formation of long-term memories.

To test whether this new myelin was required for the animals to learn, the researchers repeated the experiment with mice genetically engineered to be unable to form new myelin. These mice initially froze in the conditioning chamber, but unlike normal mice their fear appeared to fade away after about a month. The researchers concluded that new myelin formation is not needed for initial learning, but plays a specific role in the consolidation and maintenance of long-lasting fear memories.

Because myelin acts to increase the speed and efficiency of signals passing along axons, changes in myelination may influence important electrical signaling patterns within neural networks. In their new study the researchers discovered that losing the ability to form new myelin produced long-term changes in the activity of neurons in the mouse prefrontal cortex.

Simon Pan, a graduate student in UCSF’s MD/Ph.D. program and first author of the new Nature Neuroscience study, conceptualized and initiated the interdisciplinary project between the Chan and Kheirbek labs.

“This study is a significant advance in our understanding of how the brain remodels itself in response to a learning experience,” Pan said. “A cardinal property of myelin is its stability, which uniquely positions it to support enduring, even life-long, memories in humans, mice, and other animals.”

In one experiment, the UCSF researchers discovered that mice first treated with the antihistamine clemastine fumarate, a potential MS therapy identified by Chan in 2014 that works by increasing myelin production, showed unusually robust long-term recall of the conditioned fear memory.

The study co-authors noted that magnetic resonance imaging (MRI) of combat veterans with PTSD suggests that they have increased myelin content in the brain’s hippocampus, a region associated with consolidating experiences, transferring them from short- to long-term memory.

“This raises the possibility that aberrant myelination might be implicated in the pathophysiology of PTSD,” Kheirbek said. “The intense fear responses observed in PTSD patients may be comparable to the increased fear responses exhibited by clemastine-treated mice with increased myelination. Myelin plasticity could be beneficial for skilled learning such as playing a piano or remembering locations, but also detrimental if it leads to persistent, overgeneralized fear responses to everyday situations.”