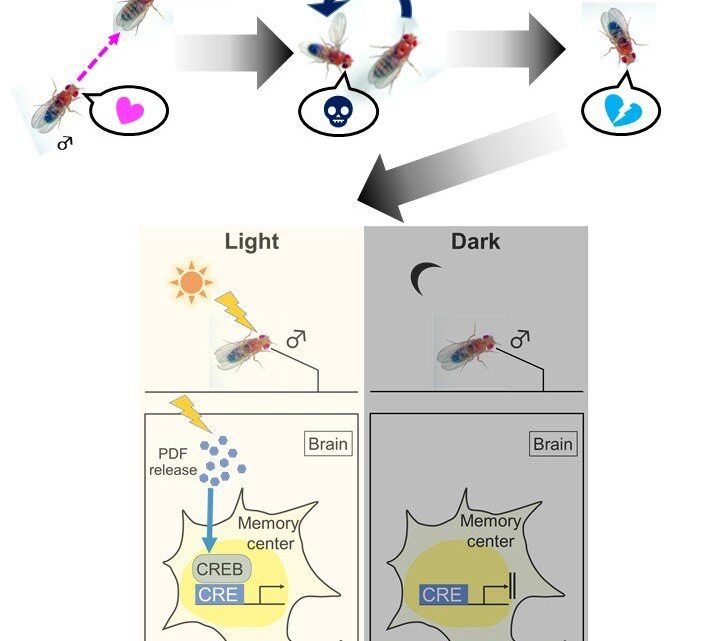 Lack of environmental light may prevent creation of long-term memories 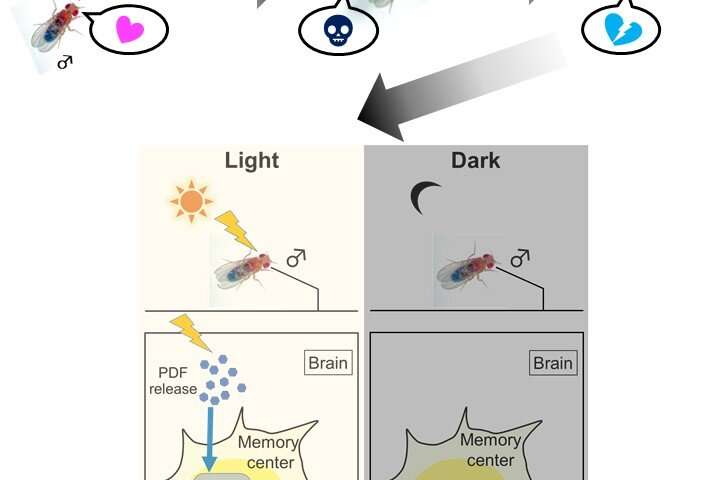 Scientists from Tokyo Metropolitan University have discovered that Drosophila flies lose long-term memory (LTM) of a traumatic event when kept in the dark, the first confirmation of environmental light playing a role in LTM maintenance. The team also identified the specific molecular mechanism responsible for this effect. LTMs are notoriously difficult to erase; this work may lead to novel treatments for sufferers of trauma, perhaps even the erasure of life-altering traumatic memories.

It is impossible to remember everything that happens to us in a day. But a particularly shocking event may be consolidated into long-term memory (LTM), whereby new proteins are synthesized and the neuronal circuits in our brain are modified. Such memories may be devastating to a victim, potentially triggering post-traumatic stress disorder (PTSD). Yet physiologically speaking, keeping a memory is far from a trivial process; active maintenance is required to keep the changes, protecting against the constant cellular rearrangement and renewal of a living organism. Despite the importance of understanding how memory works in the brain, the mechanism by which this occurs is not yet understood and is a key topic for neuroscience today.

It is well known that light exposure and the cycle of night and day play an important role in regulating animal physiology. Examples include circadian rhythm, mood and cognition. But how about long-term memory? Thus, a team led by Prof. Takaomi Sakai from Tokyo Metropolitan University set out to study how light exposure affects the memory of diurnal Drosophila fruit flies. As an instance of long-term memory or trauma, they used the courtship conditioning paradigm, where male flies are exposed to female flies that have already mated. Mated females are known to be unreceptive and exert stress on male flies that fail to mate. Once the experience is committed to long-term memory, males no longer attempt to court female flies, even when the females around them are unmated.

The team found that conditioned male flies kept in the dark for two days or more no longer showed any reluctance to mate, while those on a normal day-night cycle did. This clearly shows that environmental light somehow modified the retention of LTM. This was not due to lack of sleep; flies on a diurnal cycle were slightly sleep deprived to match with flies in the dark, with no effect on the results. Thus, they focused on a protein in the brain called the Pigment-dispersing factor (Pdf), known to be expressed in response to light. For the first time, they found that Pdf regulated the transcription of a protein called the cAMP response element-binding protein (CREB) in the mushroom bodies, a part of the brain of insects known to be implicated in memory and learning. Thus, they identified the specific molecular mechanism by which light affects the retention of long-term memory.

Pets may protect against suicide in older people

Is your child getting enough sleep?
Recent Posts