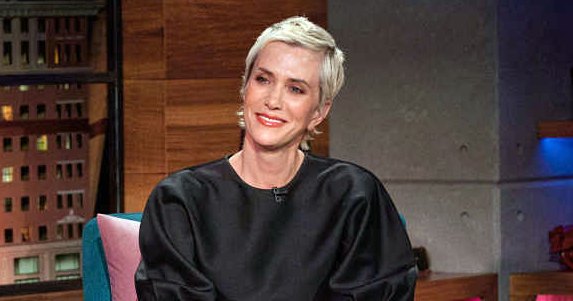 Staying sane! Kristen Wiig opened up about taking time for herself while raising her and Avi Rothman’s 15-month-old twins.

“I go outside and sit on the curb sometimes,” the actress, 47, told James Corden on Monday, February 22. “Because I’m afraid, I don’t wanna go on a full walk. Because then sometimes I feel like, ‘Oh, I should be there.’ But I need to get out, so I sit on the curb. Or just walk around in the driveway and FaceTime Annie [Mumolo].”

The New York native’s Barb and Star Go to Vista Del Mar costar, also 47, chimed in during the Late Late Show With James Corden appearance: “It feels like a vacation when you just go out the door.”

Wiig agreed. “You forget, like, a walk really helps,” the Saturday Night Live alum said. “But when you’re in the house, it’s like, ‘I can’t be sane.’”

Us Weekly exclusively confirmed in June 2020 that the Bridesmaids star had welcomed twins earlier in the year via surrogate. Wiig confirmed the news two months later, opening up about her IVF experience.

“As private as I am and as sacred as this all is, what helped me was reading about other women who went through it and talking to those who have gone through IVF and fertility stuff,” the new mom told InStyle in August 2020. “It can be the most isolating experience. But I’m trying to find that space where I can keep my privacy and also be there for someone else who may be going through it. You go through so much self-deprecation, and you feel like your partner may be seeing you in a different way and all this other stuff we make up in our heads. But when I did talk about it, every time I said that I was going through IVF, I would meet someone who was either going through it, about to go through it, or had a friend who just did it.”

The Bless the Harts star subtly announced the toddler’s names earlier this month. In a “special thanks” section of the credits for her and Mumolo’s new movie, Wiig thanked Rothman, 43, as well as “Luna & Shiloh.”

Parenting has “changed” her and the producer’s lives, she told Howard Stern this month. “Besides the fact that we are where we are — it’s hard to not feel so much of the s–t and struggle that’s going on,” she explained. “In my home, I’m very lucky about having these two babies and my husband. They make it all better. It’s changed my life.”