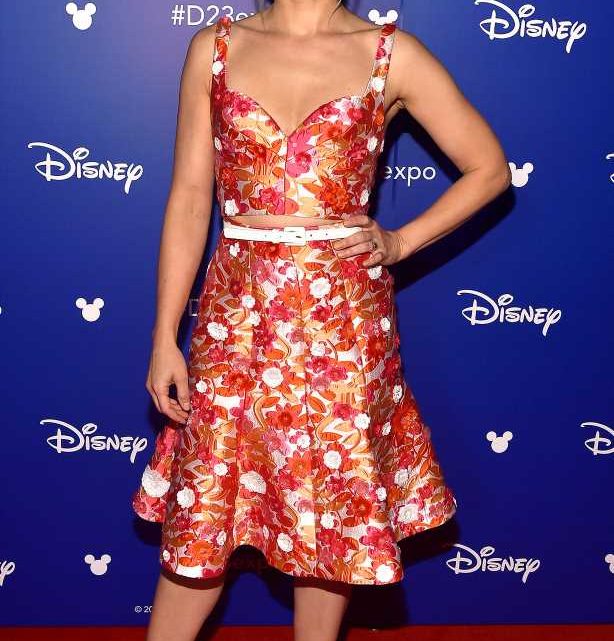 Kristen Bell and Dax Shepard's daughters are supporting their dad's ongoing sobriety in a unique way.

The Good Place actress appears on Tuesday's premiere episode of the Say Yes! with Carla Hall podcast, where she reveals Delta, 5½, and Lincoln, 7, have developed a taste for an unconventional beverage in support of Dax Shepard's path toward maintaining his sobriety for the past 16 years.

"I'm going to get a lot of flack for this. And let me start by saying I don't care," Bell, 40, prefaces her story. "You're allowed to give me any advice you guys want, any of these listeners. You're welcome to tell me I'm a terrible parent. I don't care. I'm a great parent, I think. I'm learning every day."

"My husband brought home a six-pack of O'Doul's last night. And my daughters often ask for O'Doul's," the mother of two continues, stressing that the drink is "nonalcoholic" (according to the O'Doul's website, "less than 0.5 percent alcohol by volume") and revealing that her girls have "been at restaurants and ordered" the beers.

"The reason for this is because when we first had our child and my husband would put her in the BABYBJÖRN and we'd walk around the neighborhood, he'd pop a nonalcoholic beer in his hand and the baby would paw at it and put the rim in her mouth," she adds. "It's a sentimental thing for my girls, right? It makes them feel close to their dad." Kristen Bell Reveals Her Daughters Share a Room: "If That's the Worst Thing About Your Life … You're Going to Be Okay"

The previous night, the girls had O'Doul's with Shepard, 45, while the family was eating dinner together. "We're like, 'I mean, there's nothing wrong with it. It's just essentially a bubbly juice.' Right? There's nothing in it," Bell says. "We also talk to them very much about [Dax's] sobriety and the importance of it and why Daddy can't drink."

The girls have even taken to drinking the beers during their daily activities — like during their Zoom school sessions, which the Frozen voice actress says she assumes raises a few questions.

"They have 15-minute breaks where they're allowed to jump around and grab a snack and wiggle it out. And I walk in to check on them at 9:30 and both of them are drinking an O'Doul's on their Zooms," she recalls. "They're both just sipping their Doulies. And I'm like, 'What must these other parents and teachers think of me?' "

"And then I remind myself, 'You don't care, Kristen. They can pretend like you're doing something wrong.' I would argue that I'm not, because it's nonalcoholic," Bell adds. "If anything, it opens up the discussion for why Daddy has to drink nonalcoholic beer, because some people lose their privileges with drinking. Drinking's not always safe."

Today is my husband's 16th sobriety birthday. My daughter woke him up with this sign, and a sketch of the one and only Ronald Weasley(absolutely random, and also perfect). Happy birthday Daxy. Thank you for dedicating your life to the hard and wonderful work of sobriety, so that we could share it with you. Xo K, L & D

Since Shepard broke multiple bones in a motorcycle accident and underwent surgery as a result last month, Bell and their girls have been sleeping apart from him in the family's guest bedroom (which is also serving as Lincoln's classroom at the moment).

"Dad is safe and sound and recovering at home in his @lazboy (which he convinced me belongs back in the center of the room)," she captioned a shot of herself and her husband on Aug. 21. "Thank you for all the week wishes and to the wonderful doctors and nurses who helped our family!"

Bell tells Carla Hall now, "The first night, I was a little nervous to roll onto his shoulder. … Also … with anxiety, [coronavirus], school starting … [Lincoln and Delta are] just always begging for someone to sleep with them."

"So, it's been for a couple weeks now that it's been the three of us in this front room, and Daddy's just sort of had his kingdom in the other bedroom, which I support," she adds. "I think when you just got surgery, you're allowed to sleep in and go to bed later and have your own suite."

A hypomanic bipolar episode made me believe I caused the pandemic

Flu may increase the spread of COVID-19
Recent Posts