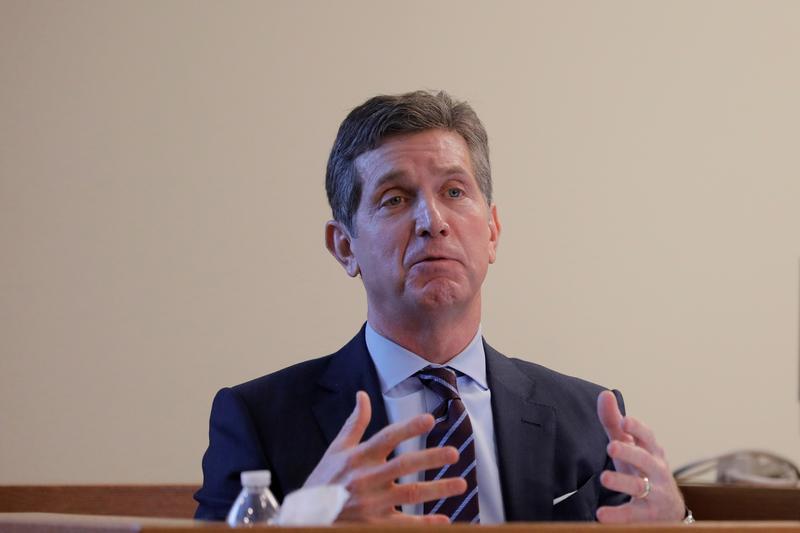 (Reuters) – Johnson & Johnson will ship nearly 4 million doses of its newly authorized single-dose COVID-19 vaccine around the United States this week, but a top executive said on Monday that the next round of deliveries is contingent on regulatory approvals at a new plant.

The drugmaker expects to deliver another 16 million doses of the vaccine by the end of this month. But none is expected to go out next week.

“Four million doses are already on trucks to different places in the U.S.,” J&J Chief Scientific Officer Paul Stoffels said in an interview, noting that those doses came from a smaller plant already up and running.

He said a new, larger plant operated by contract manufacturer Catalent Inc has been preparing doses, but the U.S. Food and Drug Administration (FDA) still needs to allow the companies to begin shipping them.

“The FDA is looking at all the quality data and, hopefully, very quickly we’ll be able to get approval to ship from that plant and then we get going.”

Stoffels said he expects the Catalent plant to receive approval in the next few days and the company would be able to meet its promise to supply 20 million doses of the vaccine by the end of March.

Catalent said it may take a bit longer.

“Catalent is on track to deliver on our commitments for Johnson & Johnson COVID-19 vaccine deliveries as soon as we are approved to begin shipments by the FDA, which we anticipate in the coming weeks,” Mike Riley, president for Catalent North America, said in a statement.

J&J Chief Executive Office Alex Gorsky said in an interview with NBC News’ “Today” program that Americans should begin getting his company’s shot on Tuesday or Wednesday.

“Within the next 24 to 28 hours, Americans should start receiving shots in arms,” he told NBC News.

The coronavirus has been circulating for more than a year, and in recent months new virus variants have arisen against which the J&J vaccine and others appear less effective. Public health officials say a global vaccination effort can help stem these variants from developing.

Gorsky said J&J was confident that its vaccine would have a “robust response” against these emerging variants, based on its clinical trials in countries including South Africa and Brazil where worrisome variants were circulating.

The company is developing a version of its vaccine to target the variant first found in South Africa, and will be ready to start late-stage trials by this summer.

McKesson Corp said on Monday it had begun distributing the vaccine.