Home » Health News » I've never been sexually attracted to my partner of 5 years. Is it worth staying in a stable relationship without any intimacy? 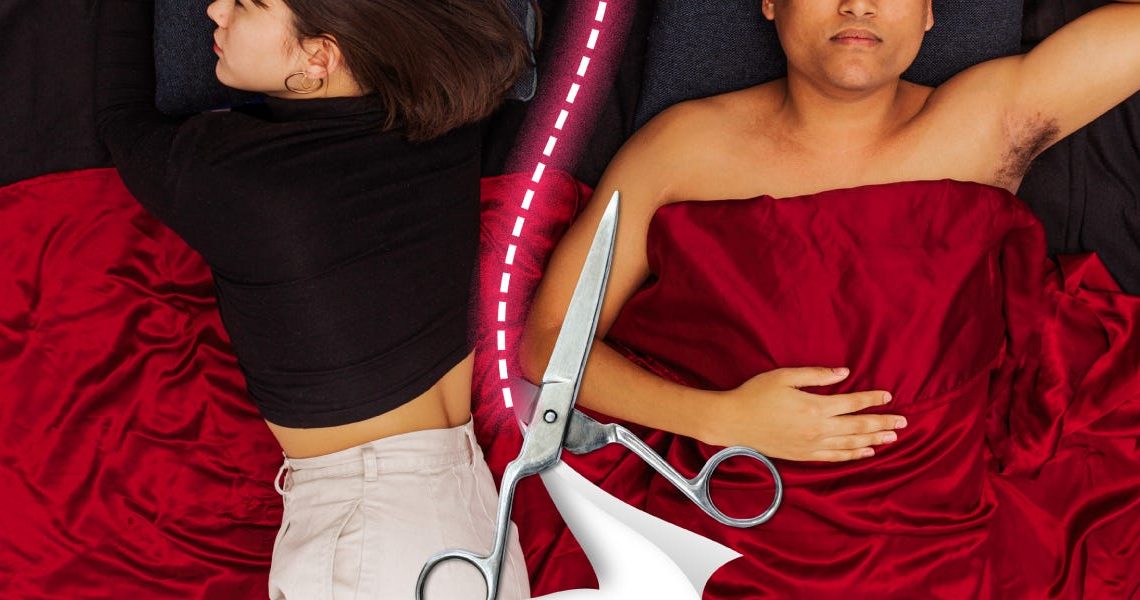 I've never been sexually attracted to my partner of 5 years. Is it worth staying in a stable relationship without any intimacy?

My partner and I (I'm 34) have been together for five years. I've never been sexually attracted to him, even though he's an attractive person, both inside and out.

I thought this wouldn't matter since sex seems like a dangerous reason to be in a relationship. Case in point: I've had amazing sex with people that I was in overly dramatic and unstable relationships with.

Recently, however, I've started to even feel repulsed by him even when he kisses me good night. He's a stable, reliable, and trustworthy person, and we're good friends.

I've also found myself overly attracted to people outside our relationship. I haven't cheated, mostly because I wouldn't want to hurt him, but the urge has been strong. I'm starting to feel afraid that it will always be this way. What should I do?

Let me start with this: It's really brave how frank you're being about your relationship, and that vulnerability will help you sort this out.

Although it's normal to be physically attracted to people outside of your relationship, the fact that you're at times repulsed by your own partner's physical advances is a red flag that you have some work to do in the intimacy and self-discovery departments.

The way you framed your current relationship, as one that's stable but lacking intimacy, and your past relationships as ones that were unstable but sexually fulfilling, signals to me that you have come to see those two aspects — emotional stability and sexual satisfaction — as mutually exclusive. That's not the case.

Rachel Wright, a New York City-based therapist said it's possible you're using your current relationship to overcorrect for past relationships you described as unstable.

"It's like you found this person and traded sex for stability instead of finding that middle ground where you get both," Wright said, adding that, as humans, unlike other species, we over-correct for past mistakes all of the time.

Before deciding the fate of your current relationship, Wright suggested you take some time to learn more about yourself and the root of your dualistic relationship mentality. Reading books, attending personal development workshops, and Wright's top suggestion, therapy, could help you do that.

"There's a reason why you've been with him for five years and never been sexually attracted," Wright said.

It's possible that past trauma has subconsciously informed how you think about romantic relationships. While many people think of trauma as something violent like sexual assault or surviving an accident, Wright told me the cause of a person's trauma could also be less obvious. For example, if your parents left you at home one night as a middle schooler and you felt frightened for those couple of hours, it's possible you carry that feeling into certain situations in your life to this day.

Of course, the only way to unpack this possibility is to chat with a mental health professional like a therapist, and I urge you to do just that.

Once you have the tools to better understand your relationship hang-ups, you'll be better equipped to decide whether to continue in your current relationship with a new approach, or to end things with your partner.

Either way, I'm confident you'll come out on the other side prepared to build a relationship that's both emotionally and physically fulfilling — because that's what you deserve.

As Insider's resident sex and relationships reporter, Julia Naftulin is here to answer all of your questions about dating, love, and doing it — no question is too weird or taboo. Julia regularly consults a panel of health experts including relationship therapists, gynecologists, and urologists to get science-backed answers to your burning questions, with a personal twist.

Have a question? Fill out this anonymous form. All questions will be published anonymously.

Related coverage from Doing It Right:

My partner won't have sex until marriage, but I'm very sexual. Should I have an affair to get it out of my system?

I'm having an affair with my best friend's partner, and he's become manipulative. Should I come clean?

My antidepressants make it difficult to orgasm. How do I tell my partner and make sex fun again?