Home » Health News » Is it Safe to Use CBD While Breastfeeding?

Is it Safe to Use CBD While Breastfeeding?

CBD has never been more popular with its reported benefits for everything from anxiety to nausea reaching a fever pitch. Who doesn’t want a little relief or pick-me-up when things get a little hectic, especially as a new mom? With late-night feedings and the ups-and-downs of hormones, as well as the reality of postpartum depression or anxiety, it’s no wonder why new moms are dabbling in the therapeutic benefits of CBD. But is it safe to use CBD while breastfeeding?

There is little research on CBD and breastfeeding

There have been a number of studies researching the effects of CBD on anxiety and nausea, including studies linking marijuana with lower birth weight in babies, which is why OB/GYN physicians tend to advise against its use during pregnancy.

But what about postpartum? Unfortunately, the research is lacking.

Dr. Kim Langdon, OB-GYN, tells SheKnows, “There are no studies researching the effects of CBD in pregnancy or breastfeeding. The information gathered so far is on subjects exposed to marijuana for prolonged periods of time. There is no research on CBD alone in breast milk.”

Considering the lack of evidence on the safety and effects of CBD oil and breastfeeding, Langdon recommends complete abstinence from CBD as the safest course of action for you and your baby.

You might want to consider receiving a second opinion

While Francis doesn’t advocate for the usage of CBD oil while breastfeeding, she tells SheKnows, “I think that there is no blanket statement saying that all women would do well on CBD oil for breastfeeding. I believe that the new mother should be individually assessed to see if the CBD is appropriate for her and that the source of the CBD is high quality.”

Francis says the concern with using CBD while breastfeeding is the source and quality of the CBD oil being used. “It is essential to avoid using CBD that has THC in it,” she says. “I would never recommend that a woman use any CBD product from marijuana.[However] CBD from hemp would have .03% THC which is very low,” According to Francis, CBD hemp oil could be considered in very low doses on a trial basis with the help and evaluation of a doctor.

Francis recommends that if you are interested in using CBD while breastfeeding to seek the guidance from your OB/GYN, midwife, and/or naturopathic doctor to see if it is a fit for you.

“The value in using CBD oil for someone that is breastfeeding is mostly that it may help with some of the symptoms of anxiety, depression and insomnia that are common in new moms,” says Francis, adding that CBD oil creams can also be helpful for muscle pain and tension.

As to why CBD oils work with our bodies, Francis says that decades of research “indicate that cannabinoids like CBD interact with the body’s endocannabinoid system, a complex system that contributes to a variety of biological processes like inflammation responses, relaxation, sleeping, and appetite. By linking with the two main types of cannabinoid receptors, CB1 and CB2, which are found on cells throughout the body, CBD interacts with the endocannabinoid system, helping it in the regulation of homeostasis — the body’s natural state of balance.”

But, she says, there is the potential for CBD oil to negatively affect hormones.

“This in turn can have an effect on the breastfeeding and hormone balance. Every mom has a different hormone balance so it is hard to say how each woman will react. Therefore, if a woman wants to try it and she is my patient, I will have her start with a very low dose and then see how she responds. I never consider high doses in breastfeeding and pregnant women.”

However, Langdon cautions against breastfeeding moms exposing their baby to the potential harmful effects of CBD.

“Almost anything ingested can be found in breast milk and according to the U.S. Food and Drug Administration (FDA), thus, some amount of CBD is likely transferred to babies through breast milk,” says Langson. “Part of the problem is with the purity of the products and dosages. CBD has been found to be contaminated with pesticides, fungus, bacteria, and heavy metals.”

While the decision is entirely up to you and the recommendation of your medical team, due to the little amount of research supporting the use of CBD oil during breastfeeding, you might want to turn to alternative remedies for your anxiety and aches and pains postpartum. Ginger is a well-known remedy for nausea, aromatherapy and meditation can help with anxiety. 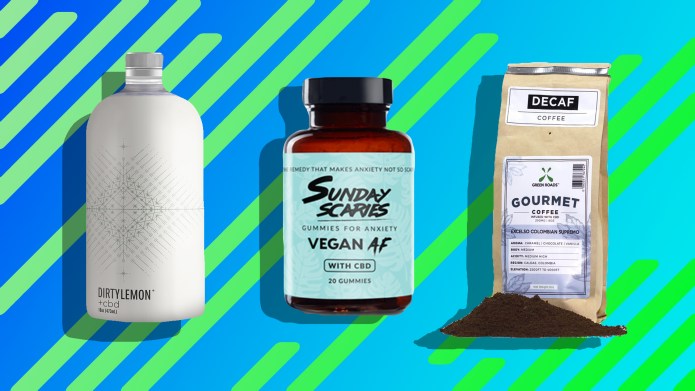 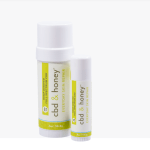 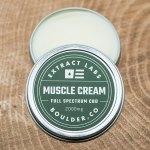 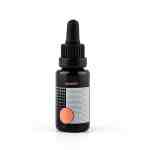 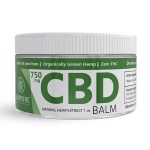 Can survivors get reinfected with coronavirus?
Recent Posts