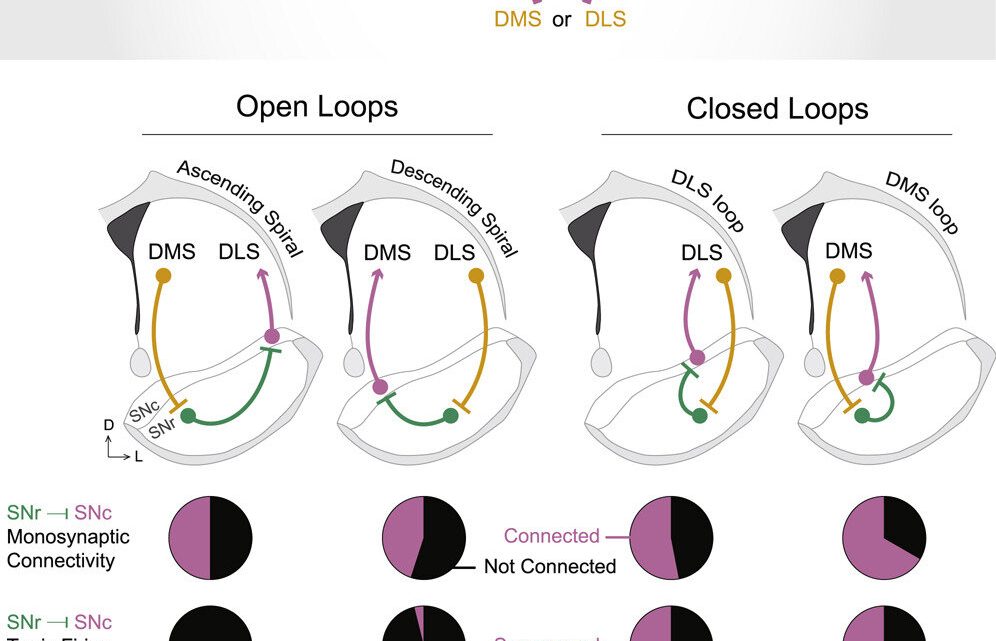 Investigating the role of dopamine circuits in habit formation 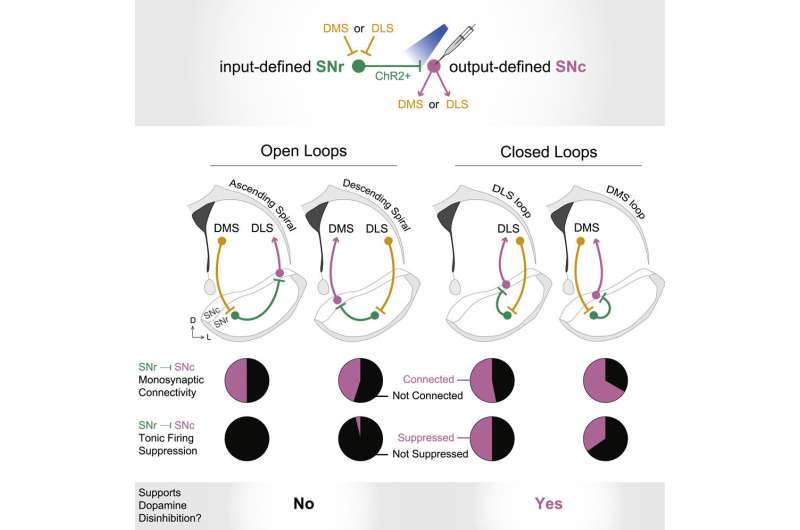 Scientists have uncovered how dopamine connects subregions of the striatum essential for habit formation, according to a Northwestern Medicine study published in Cell Reports, findings that may change the overall understanding of how habits are formed—and could be broken.

“The circuits are going both ways, and so maybe that gives potential ideas of how to break a bad habit if there’s a circuit allowing information flow to go the other way,” said Talia Lerner, Ph.D., assistant professor of Neuroscience and senior author of the study.

The basal ganglia are a group of nuclei below the brain’s cortex, which operate primarily in closed parallel loops. These loops, or circuits, originate from different regions of the dorsal striatum, including an associative circuit controlling goal-directed behaviors from the dorsomedial striatum and a somatosensory circuit controlling habit formation from the dorsolateral striatum. In addition to closed loops, it has long been hypothesized that there is an open “ascending spiral” loop that allows goal-directed behaviors to become habits.

Lerner and her team set out to investigate the “ascending spiral hypothesis.” In this circuit, signals in the dorsomedial striatum travel to another brain area called the substantia nigra, which contains most of the brain’s dopamine neurons. The signals were hypothesized to make dopamine neurons fire and cause release of dopamine in the dorsolateral striatum. Such dopamine release is required for habit formation.

Although the ascending spiral hypothesis was developed 20 years ago, it has been difficult to test. Using new transsynaptic and intersectional genetic tools, the scientists were able to complete a careful investigation.

The evidence they found for the ascending spiral hypothesis was mixed.

“The ascending spiral is there, however, it doesn’t work the way that way that it was hypothesized,” said Priscilla Ambrosi, a student in Northwestern University’s Interdepartmental Neuroscience (NUIN) Ph.D. program and lead author of the study.

In addition to discovering new details about how the ascending spiral circuit may work, the authors also found evidence for a “descending spiral,” which would potentially communicate information the other direction—from habit-related to goal-directed subregions of the striatum.

Cancer facilities that could treat 1000s of Britons are gathering dust