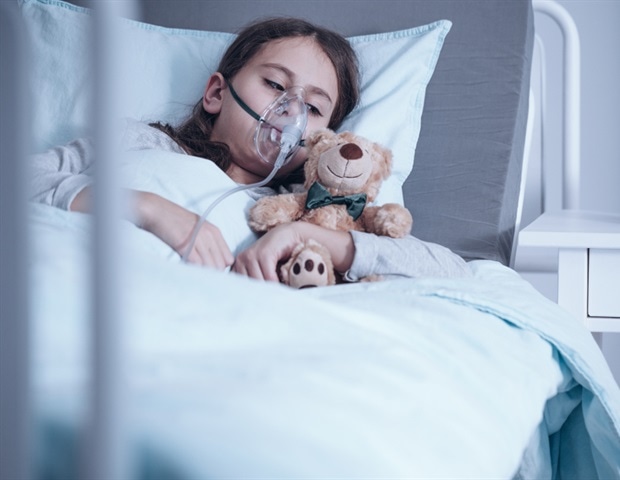 Everyone breathes in Mycobacterium avium complex (MAC) bacteria from time to time, but most people don’t get sick. These bacteria, cousins of the deadly Mycobacterium tuberculosis, tend to live out their harmless little lives in food, soil, water, or dust.

Then there’s the rare person who gets very, very sick.

MAC is an “opportunistic” pathogen, explains Cecilia Lindestam Arlehamn, Ph.D., Research Assistant Professor at La Jolla Institute for Immunology (LJI). Some people do have risk factors-;such as cystic fibrosis and structural lung diseases, for example-;that make them likely to develop symptoms after MAC exposure. The problem is that no one knows exactly why these factors make such a difference.

Now Lindestam Arlehamn’s laboratory has uncovered an immune cell defect tied to the risk of developing MAC disease. As her team reports in Frontiers in Immunology, people who show MAC infection symptoms have fewer specialized Th1* (Th1 “star”) cells, which robs them of the ability to mount an effective immune response to the bacteria.

“We think these people have this cellular defect going into MAC exposure,” explains Lindestam Arlehamn, who worked closely on the study with collaborators at the University of Washington.

This research may be a step toward uncovering biomarkers to predict risk of progressive lung disease and responses to treatment in MAC disease patients.

When T cells don’t fight back

In 2020, Lindestam Arlehamn received funding through a Tullie and Rickey Families SPARK Award to investigate how T cells fight the disease. The hope was that by analyzing T cells from people previously infected with MAC, she could identify key targets, or epitopes, where MAC-infected cells are vulnerable to immune system attacks.

T cells are normally critical for fighting infections, yet to everyone’s surprise, Lindestam Arlehamn’s work revealed that the human body has a very limited T cell response to MAC infection, and she wasn’t able to uncover MAC-specific epitopes.

It’s pretty unusual for a T cell response to a pathogen to be so limited. It was like the MAC-infected study volunteers had barely any “immune memory” of getting the disease. Instead, Lindestam Arlehamn’s SPARK project highlighted an unexpected cellular defect that could explain why some people get sick while others don’t. “This was also very interesting,” says Lindestam Arlehamn.

When Lindestam Arlehamn looked at global gene expression (which genes are “switched on”) in response to MAC infection, she spotted a stark difference in blood samples from people previously infected with MAC and healthy controls.

People who had MAC appeared to have a immunologic defect that leads to low numbers of special “helper” immune cells called Th1* cells in the body. Th1* cells normally help alert the body’s pathogen-fighting cells to danger.

Lindestam Arlehamn and her colleagues were among the first to show that Th1* cells are particularly critical for fighting a Mycobacterium attack, either from MAC or Mycobacterium tuberculosis.

Their work is the first to suggest that this Th1* defect can lead to increased disease susceptibility. They think it’s likely that without enough Th1* cells, some key immune cells never get the message that MAC is trying to invade. This means MAC-susceptible people may have both an over-performing innate immune response (with certain cells driving inflammation early in the disease process) and an under-performing adaptive immune response (a lack of activated T cells to actually stop the disease).

For some people, this lack of an immune defense is too much to bear. For people with cystic fibrosis, for example, thick mucus in the lungs may interfere with the ability of T cells to patrol the tissue and detect MAC. A lack of Th1* cells could then be a double-blow-;adding immune system dysfunction to an already weak defense in the lungs. “That could partially explain it,” says Lindestam Arlehamn.

Next steps for fighting MAC

Lindestam Arlehamn now wants to confirm whether the defect leading to fewer Th1* cells is present in people prior to MAC exposure. She plans to look at samples taken from people earlier in the disease progression to see if a lack of Th1* is a feature for them as well. She’d also like to study samples from people who were exposed to the same sources of MAC in the environment.

If you live together with someone with MAC disease, it’s likely that you are exposed too. We want to see if we can define specific T cell responses in those individuals and look for the differences between those who get sick and those who don’t.”

This work could help researchers get to the bottom of exactly how MAC goes from harmless to highly pathogenic.