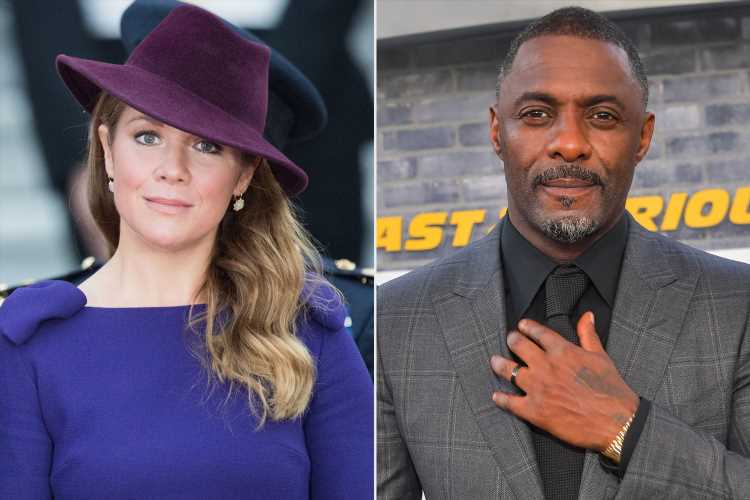 Just days before Idris Elba and Sophie Grégoire Trudeau tested positive for coronavirus, Elba, 57, and the wife of Canadian Prime Minister Justin Trudeau posed for a photo together at a charity event in London.

In the photo taken just days before Elba announced his diagnosis on Monday, Elba and Sophie can be seen smiling with a group of people at the WE Day charity event that was held at SSE Arena in Wembley, London, on Wednesday, March 4.

The event tackled social issues in hopes of bringing people together to “change the world locally and globally.”

Sophie shared the photo of herself and Elba on her Instagram on March 5, writing, “My heart is full after spending time working with my own family and the WE family. Our message in London: Show yourself love and offer that same love to the world.”

Speaking in a video posted on Twitter alongside his wife Sabrina Dhowre, Elba said he opted to get tested after coming in contact with another person who also tested positive for coronavirus.

It is not immediately clear if the Luther star was referring to Sophie.

“I didn’t have any symptoms,” he said in a video, which he posted on Twitter. “I got tested because I had realized I got exposed to someone who had also tested positive. I found out last Friday that they were tested positive, I quarantined myself and got a test immediately and got results back today.”

Elba said that “it sucks,” but he’s “doing okay” at home with Sabrina Dhowre, who he said has not yet been tested.

The actor urged his fans to take precautions to protect themselves and others from the highly contagious respiratory illness.

“Look, this is serious,” he said. “Now’s the time to really think about social distancing, washing your hands. Beyond that, there are people out there who aren’t showing symptoms, and that can easily spread it. So now’s a real time to be really vigilant about washing your hands and keeping your distance … If you’re feeling ill, and you feel like you should be tested, or you’ve been exposed, then do something about it. It’s really important.”

And, Elba added, that people need to work together to stop further spread.

“Look, we live in a divided world right now, we can all feel it, it’s been bulls—,” he said. “But now’s the time for solidarity, now’s the time for thinking about each other. There’s so many people whose lives have been affected, from those who have lost people that they love, to people who don’t even have it and have lost their livelihoods. This is real, all right?”

Elba said he would continue to update his fans on how he’s doing, “but so far we’re feeling okay.”

“Also following medical advice, she will remain in isolation for the time being. She is feeling well, is taking all recommended precautions and her symptoms remain mild.”

Officials said that the prime minister is “in good health with no symptoms.”

Officials added, “As a precautionary measure and following the advice of doctors, he will be in isolation for a planned period of 14 days.”

The statement explained that the prime minister “will not be tested at this stage since he has no symptoms.”

The first cases of a mysterious respiratory illness — what is now known as COVID-2019, a form of coronavirus — began in Wuhan, China in late December. Since then, the virus has spread worldwide, leading the World Health Organization to declare a public health emergency, the first since the zika epidemic in 2016.

At first, this coronavirus was contained to China, but Wuhan is a major transportation hub with hundreds of flights leaving and landing from the city of 11 million each day. Soon, as people flew from the area to different countries, the coronavirus reached more countries, including the United States.

Stopping cancer in its tracks