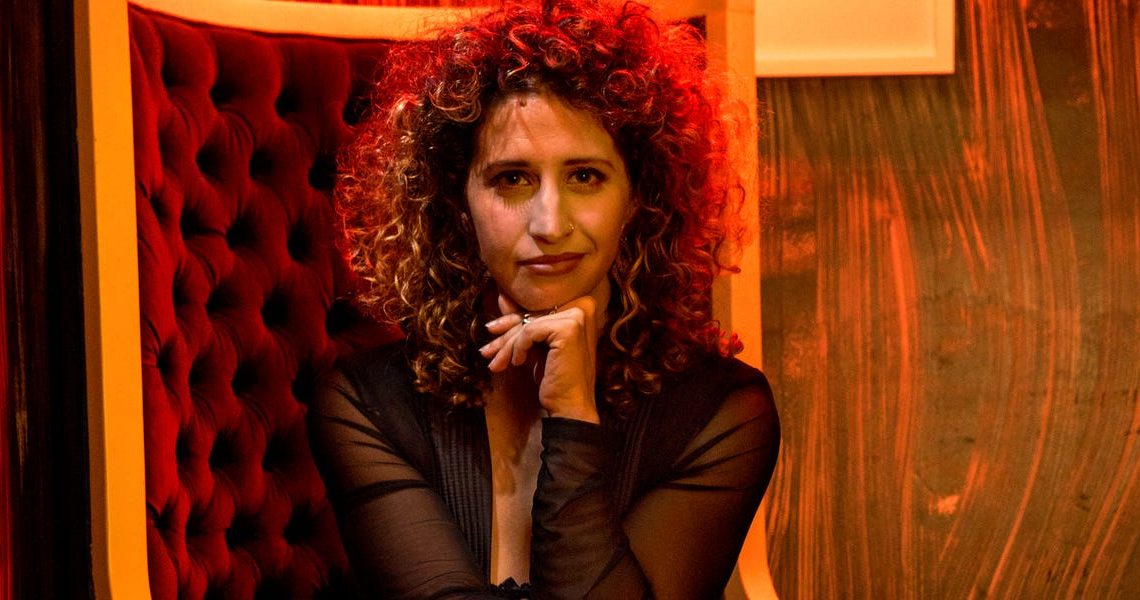 In the hit Netflix show "Sex Education," school teacher Ms. Sands finds herself stumped when her boyfriend and fellow teacher Mr. Hendricks requests she trash talk him during their sexcapades. She has no clue where to begin and appears visibly uncomfortable delivering her first attempts.

According to Jean, being great at talking dirty is all about being open to emotional connection and vulnerability, and reading and reacting to a person's body language.

"To be good at trash talk, you have to understand the person who you're trash talking. To do that you have to create a safe non-physical space where they can be at their most vulnerable and they can volunteer," the types of ways they'd like to be verbally degraded, Jean told Insider. "You're not going to be the one that decides all these things to say to them. It's based on the intel that you collect from them."

Here's how you can wade into sexy trash-talk territory safely and effectively if you're new to the kink and ready to experiment.

Before you utter a trashy word, make sure your partner is game

First thing's first: Trash-talk requires at least two people, and all of those people should consent to the act before diving into it, Jean said.

If you find talking trash turns you on, sit down with your partner and explain to them why that is, then see if they'd be open to being on the receiving end. If they agree, you can lay down some ground rules and non-verbal cues that can act as wordless safe words.

Jean suggested cues like a pinch on a specific body part or tapping the side of the bed two or three times in a row, since a vocalized safe word might be misconstrued during trash talk.

You and your partner should also talk about any insults or words that may be triggering if you direct them towards your partner. For example, someone may like to be trash-talked, but may find being called a "stupid b—h" or "w—e" upsetting, Jean said, so it's key to make sure you're on the same page about those triggers so they can be avoided.

"A lot of people have certain boundaries," Jean said. "Maybe they really like degradation, but they're like, 'Don't say anything about my intelligence.'"

If you're going to incorporate trash talk into your sex life, it's important to learn and respect these boundaries before saying a single trashy word.

Jean suggested writing down potential trash talk phrases and reciting them to your partner outside of the bedroom first as a way to test whether they're safe to use in a more intimate setting. You should never go into a first-time trash talk session with no game plan because that can result in crossed emotional boundaries or traumatizing your partner.

Use lots of rhetorical questions and avoid character-based insults

The phrase "trash talk" suggests the main purpose is to demean someone by any means possible, but Jean said certain methods of doing so are lazy or downright mean.

In her own business, she avoids insulting a person's character or looks unless they specifically ask for that type of insult.

Instead, she prefers a fear-of-the-unknown approach that makes her clients excited and nervous about what could come next. According to Jean, that anticipatory style of trash talk is most effective and makes the experience playful rather than frightening.

She'll tease a clients by asking, "Are you worried? Are you scared? What's the worst thing that could happen?"

If your partner feels nervous, Jean suggested starting with low-stakes questions that have nothing to do with sex to build rapport.

"I start asking someone questions in a certain kind of pace, like, 'Oh, what did you have for breakfast? What's the name of your best friend? Tell me about the last time that you did this thing," Jean said, adding that once the pace is set she'll throw in something more sexual and playful like, "How many d—s have you sucked?"

Jean will then progress to more vulnerable and deep questions to gauge a person's turn-ons and fears.

She'll ask about a client's biggest fears, or how a particular question sat with them, and then use that answer to stir up new questions. If she asked a client about his genitals, for example, and he said the question made him feel demeaned and turned on, she would continue down that route with more genital-related questions.

If your partner starts to fidget or squirm while you ask these questions, Jean said it's a sign you're hitting the right notes and should continue. If not, then try asking them how they want to feel, whether it's scared, powerless, or demeaned, and experiment with different questions until you get that physical reaction.

Take time to debrief after your trash-talk session

Jean said it's important to reserve time after a sexy trash-talk moment to talk about how it went and show appreciation for your partner.

She suggested telling your partner things like, 'That was really fun,' or 'You're so great, and I love that we can do this.'

"Having those moments where you're like, 'I said that [demeaning thing to you], but I care about you still. I really appreciate that you trust me to say those things.'"

In thanking your partner for the moment and their willingness to be vulnerable, you can make future trash-talk experiences safe and comfortable for you and your partner, Jean said.

How to get rid of visceral fat: The eating pattern proven to reduce the harmful belly fat
Recent Posts