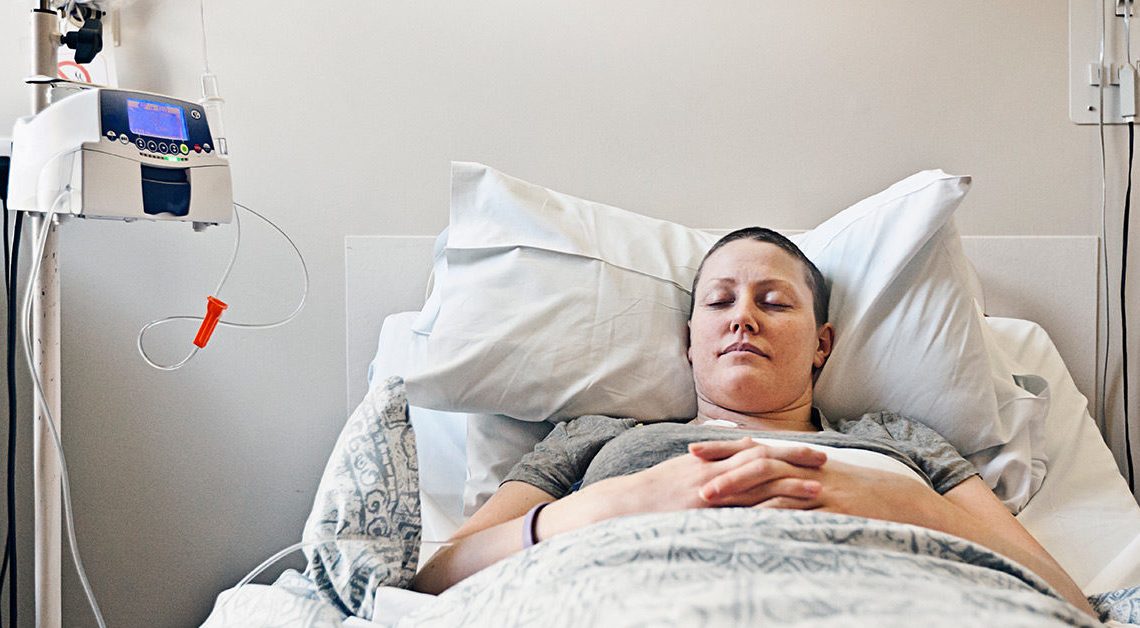 Seven weeks after receiving radiation, she had surgery to remove the tumor at Scripps Green Hospital in La Jolla, California.

Now, 2 weeks after her surgery, Hoiles, 49, feels like her cancer treatment is at a standstill due to the COVID-19 outbreak.

“I’m in a holding pattern,” she told Healthline. “My appointment to see my surgeon was canceled because of the coronavirus, and I was supposed to see my oncologist on March 26, but I’ve not heard when or if they have rescheduled it.”

On the night of Hoiles’ surgery, there was just one San Diegan who had tested positive for COVID-19.

But that person was also at Scripps Green, not far from where Hoiles was treated.

Hoiles was originally scheduled to spend the night at the hospital after the surgery, but the nurses told her she was going home and wouldn’t say why.

Now Hoiles knows why: The nurses were in self-isolation after exposure to the patient with COVID-19.

Hoiles has nothing but high praise for her medical team, but she’s growing increasingly anxious as she waits for information.

That includes results of a pathology report on the biopsy of her lung, where doctors also found a small spot.

“I kind of feel like I’m on my own now,” Hoiles said. “If you get sick, you have to figure it out. I feel like there is no place for anyone who is sick outside of coronavirus.”

Most of the people with cancer who were interviewed for this story agree with Hoiles.

They say that as this pandemic deepens and widens, they feel more vulnerable — physically, emotionally, financially.

It’s bad enough just to have cancer, they say. But there’s yet another layer of stress as the novel coronavirus spreads.

Data from in China published in The Lancet Oncology last month showed people with cancer have more than triple the risk for severe health events occurring should they develop COVID-19.

Last week, Dr. Len Lichtenfeld, MACP, deputy chief medical officer for the American Cancer Society, said in a report on the organization’s website that the nation is “headed for a time when there will be significant disruptions in the care of patients with cancer.”

Lichtenfeld added that for people with cancer, things won’t be normalized for quite some time.

“For some it may be as straightforward as a delay in having elective surgery. For others it may be delaying preventive care or adjuvant chemotherapy that’s meant to keep cancer from returning,” he said.

“These circumstances will take months to resolve, and even then, we will continue to have changes in the way cancer patients receive their treatment,” he added.

Dr. Sandip P. Patel, a medical oncologist, cancer researcher, and associate professor of medicine at the University of California, San Diego Moores Cancer Center, says his hospital is still treating people with aggressive cancers without delay in the era of COVID-19.

“Cancer patients have enough to think about, so I think it is important for us to relay that their care will continue, whether it be standard of care or on a clinical trial,” Patel told Healthline. “For patients who need cancer care now, it is still full steam ahead. Cancer is not going to take a timeout during COVID-19, nor will we.”

But some people who may require “elective cancer care” that’s not absolutely urgent may wish to wait, he says.

This decision involves a close discussion with their oncology team and balancing the risks and benefits of their cancer-related care relative to COVID-19-related risks.

A firm time frame in terms of proceeding is also necessary.

Compared with other medical specialties, the number of truly elective oncology procedures is limited, he explains.

Another significant issue for cancer patients, and all patients, Patel says, is that many of them still can’t be reliably tested for the virus.

“This is improving rapidly, and UCSD should be able to perform about 1,500 tests/day in 2 to 3 weeks, and nationally capacity should increase as well, but until then physicians are flying blind on who is infected versus not, especially if there is a higher than expected rate of asymptomatic carriers,” he said.

What happens when a center closes

In Kennebunk, Maine, a local cancer treatment center that’s part of New England Cancer Specialists announced last week it was shutting down for 2 weeks after a healthcare worker at the center tested positive for the novel coronavirus.

“Our Kennebunk office will be closed for two weeks while we clean and disinfect it,” the company said in a statement. “Patients with upcoming treatment appointments in Kennebunk will be seen in our Scarborough office instead.”

Victoria Foley, a spokesperson for New England Cancer Specialists, told Healthline that there’s been no interruption of service, and that all 237 patients who visit the Kennebunk facility have been moved to the nearby facility, are being monitored via telemedicine, or both.

“Our patients had to go to another facility,” Foley said. “We worked with all of the patients at this facility and rescheduled them with telemedicine appointments or at the Scarborough office, which is only about 25 minutes away, farther north.”

Dr. Kevin Rakszawski, an assistant professor of medicine in the division of hematology and oncology at Penn State Cancer Institute in Hershey, Pennsylvania, says there are multiple issues that cancer patients and cancer centers need to address.

“That makes this scenario even more challenging,” he told Healthline.

He says many cancer centers are performing a standard respiratory virus panel (RVP) to rule out other viral illnesses before moving to COVID-19 testing, but there’s evidence for coinfections occurring as well.

“As we increase the capacity nationwide for more COVID-19 testing, this will rapidly change,” he said.

Rakszawski, a cancer survivor himself, says his hospital is screening all patients the day before their visit, before entering the building, and again at check-in.

She endured more than a year of various chemotherapy and radiation regimens, but her cancer still returned.

She opted to be treated with a CAR-T cell immunotherapy called Yescarta for her aggressive cancer.

After the treatment, Patton, 67, was still dealing with low blood counts and recovering from the treatment but feeling optimistic about her outlook.

But the COVID-19 pandemic has given her greater anxiety and some depression as she still hopes to fully recover from her cancer without contracting an infection.

“I haven’t been going out much anyway. My counts are still very low, then all this virus stuff happened,” she told Healthline. “It’s gotten to the point where I don’t listen to TV very much or get on social media.”

Patton, who confesses with a laugh that she still enjoys the Food Channel and HGTV but little else, knows she’s immunocompromised.

She tries not to think about it too much.

“I have almost no white cells. I am staying home,” she said.

“The coronavirus has increased my stress level for sure,” Patton added. “I’m a pretty positive person, but between the length of time it’s taking for me to recover from my cancer treatment to the social distancing and not being around friends, it has been difficult. It’s just all a big ‘what if.’”

Taking it all in stride

Delaney Sweet-Werneke, 17, a junior in high school in a small town in Vermont, received a diagnosis at age 13 with osteosarcoma, a rare form of bone cancer.

Her tumor in her pelvic bone was the size of a grapefruit. The cancer relapsed in her lungs several times.

Cancer-free for 9 months, Sweet-Werneke still has scar tissue in her lung and is still receiving treatments, but it’s not chemotherapy.

“I don’t think I have been exposed to coronavirus, but if I was it would most likely have been at school, since kids had been on vacations to Florida and out of the country and never quarantined,” she told Healthline.

“The coronavirus does make me nervous because of my compromised lungs from the surgery and radiation, but I have chosen not to let it consume me and make me anxious,” she added.

Sweet-Werneke, whose goals are to go to college and pursue a career in the medical field, says that fighting cancer for 4 years has made her strong.

“If there comes a time where I do have to deal with (the virus) I will be scared, but as of now I’m taking it one day at a time,” she said.

Sweet-Werneke added that she is “probably one of the only people who is sad about school being canceled. This would have been my first full year back since seventh grade.”

There’s an app for that

Angela Kulick, 73, who lives in Spring Hill, Florida, and has two children and four grandchildren, is a breast cancer survivor who recently received a diagnosis of multiple myeloma.

She’s been undergoing chemotherapy since August and is now nervous about the novel coronavirus.

“They took me off the chemo for the flu back in January. They would certainly take me off if I had the virus,” she told Healthline. “My immune system would be too low. Chemo and this virus together would be a tough thing.”

She spends as little time as possible in doctors’ waiting rooms because of her risk for getting the virus.

“If the waiting room is crowded, I just step outside and wait,” said Kulick, who uses an app called DocClocker that tells her when her doctor will actually be available in real time.

Kulick, who finished her treatment for breast cancer more than 2 years ago, is staying home now other than a morning walk, by herself, and when she receives her current weekly chemotherapy.

In January, she says her 4-year-old grandson had a bad cold, and it snowballed in her family.

“We took him to the doctor. His lungs were filling up,” she said. “He was eventually fine, then we all got sick. It was a deep cough and fever. I was wondering if I had the virus and didn’t know it. But we all eventually got over that.”

All the symptoms are gone, Kulick says. She’s determined to finish her chemo coronavirus-free and enjoy more quality time with her family.

“I missed one round of chemotherapy during that time,” Kulick said. “I don’t want to miss another.” 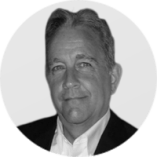 People Are Sharing Their ‘Quarantine Routines’ And You OK, Hun?
Recent Posts