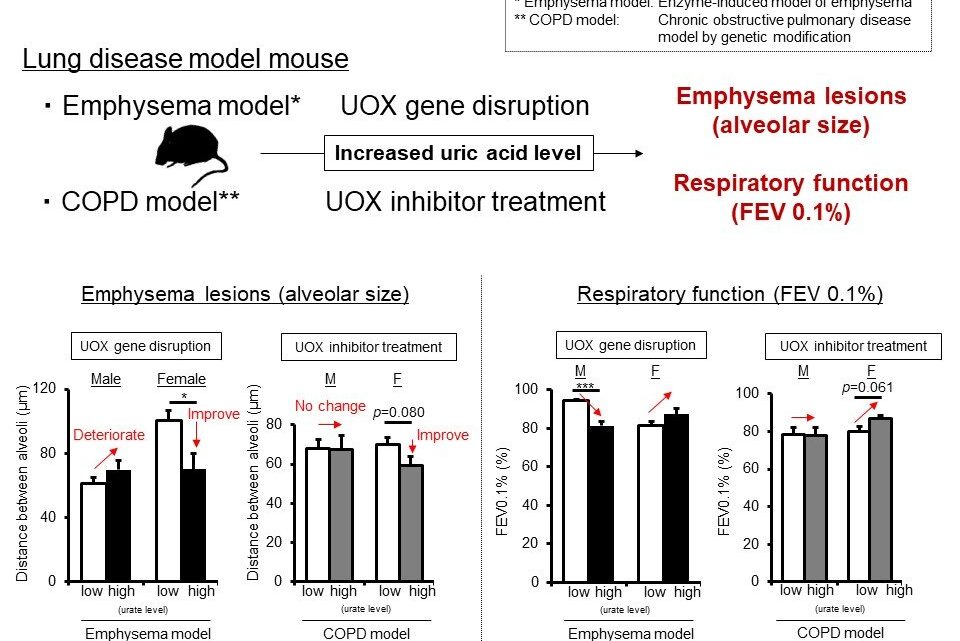 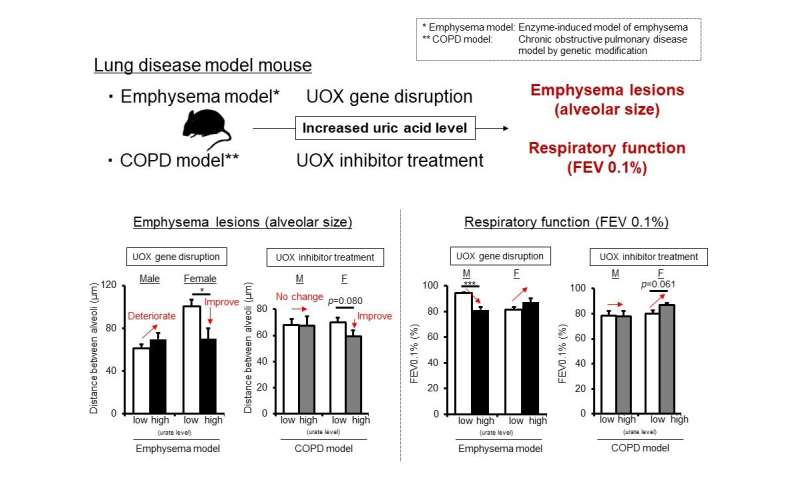 Researchers at Kumamoto University in Japan have discovered that uric acid, an antioxidant, protects against declining function from age or lung disease, especially in women. High uric acid levels can cause health problems such as gout and renal damage, but this study showed that it protects against lung function decline in females. The function of uric acid and other antioxidants in the lungs, as well as gender differences, will likely be considered for prospective management of lung diseases.

While uric acid can cause gout and kidney disease, it is also a known antioxidant—reducing tissue damaging oxidative stress—and is an essential factor for the living body. It can be found in lung tissue but, until now, its function in the lung was unknown. Because of this, and the fact that men and women differ in the degree of lung function decline that accompanies aging and disease, the researchers decided to analyze the role of uric acid in the lungs. 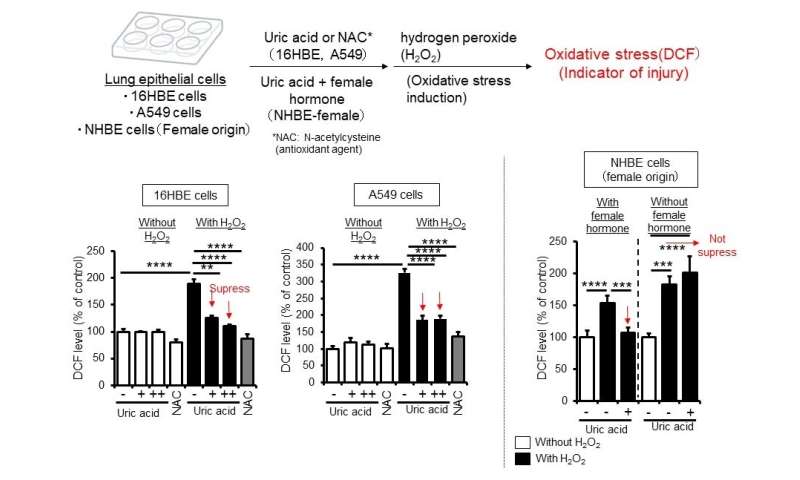 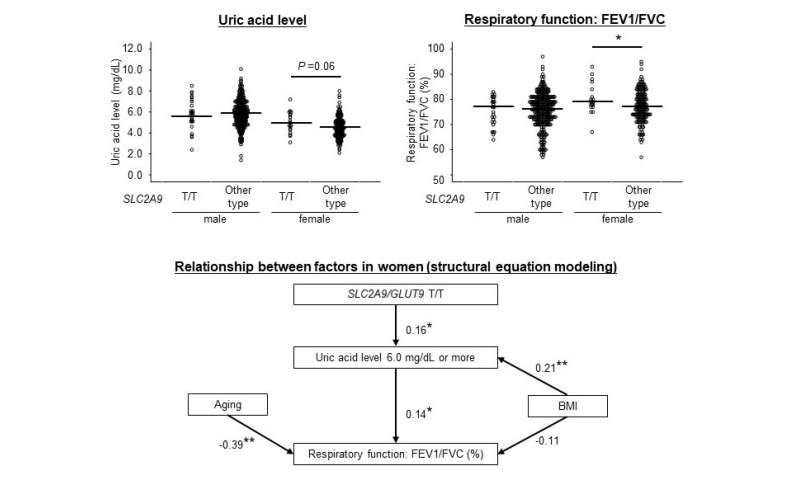 Epidemiological analyses targeting people 50 years or older revealed that uric acid levels and FEV1/FVC ratios (an indicator of respiratory function) were high among females with the SLC2A9/GLUT9 T/T genotype—a genotype known to have protective lung function qualities. Structural equation modeling further showed that this genotype is involved in lung function maintenance via elevated uric acid levels. Previous studies reported that female hormone therapy for menopausal women has a positive effect on maintaining lung function. It is therefore suggested that the antioxidative effect of uric acid is particularly important for the protection of lung function in women whose hormones decrease with menopause.

This is the first study to show that uric acid protects women against the lung function decline that progresses with aging and lung disease.