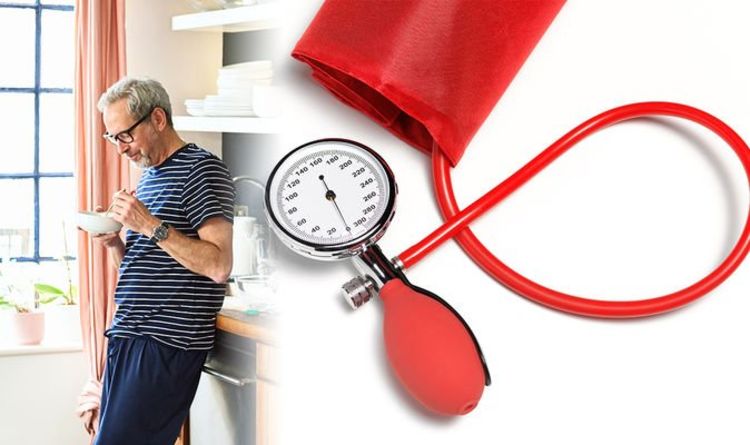 Your diet is especially important in managing blood pressure readings. Dubbed “the silent killer”, if left to continuously rise, it could result in a heart attack or stroke. Here’s how to combat that disastrous outcome.

The first thing you need to do is grab yourself a bowl and spoon – and, no, the next stop isn’t a cereal box.

Take three heaped spoonfuls of natural or Greek yoghurt and dollop it into the bowl.

Researchers from the American Heart Association found that people in middle-age who consumed five or more servings of yoghurt – per week – were at a lower risk of high blood pressure.

To delve into more detail, the test results were based on people who had consumed yoghurt as part of their diet between 18 to 30 years.

In addition, those who regularly consumed yoghurt had a 20 percent reduction in the risk of developing hypertension (i.e. high blood pressure) compared to those who didn’t eat yoghurt.

But it’s never too late to start. One dollop at a time could be the help you need to lower blood pressure readings.

Now it’s time to top the yoghurt with some tasty and nutritious fruits: berries and bananas. 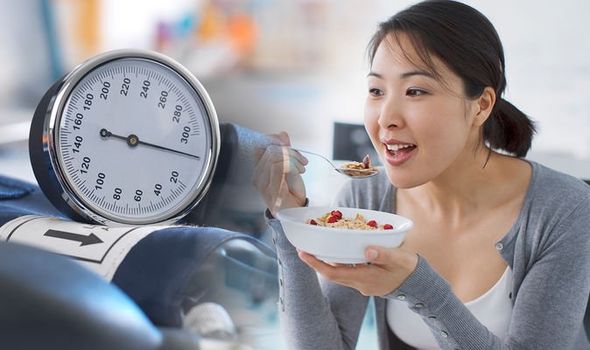 Cited in The American Journal of Clinical Nutrition, researchers recorded the effects of habitual intake of flavonoids.

Utilising a huge database, the research team sifted through stacks of data belonging to more than 34,000 people with hypertension.

They discovered that people who ate more blueberries and strawberries had an eight percent reduction in high blood pressure.

Now you’ve got your bowl of yoghurt and berries, it’s time to add a chopped banana to the mix.

Bananas are famed for their high potassium content, a mineral that plays a vital role in managing hypertension.

According to the American Heart Association, potassium reduces the effects of sodium (salt).

Too much salt circulating in the body can significantly increase a person’s blood pressure reading. 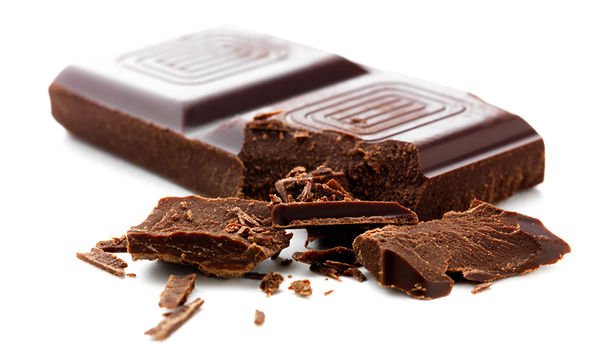 For a bit of a bite, there’s another ingredient to add to your breakfast bowl.

Dark chocolate has been proven to lower blood pressure readings in a study published in the scientific journal BMC Medicine.

The research team conducted a review of 15 trials that all pointed towards one specific finding.

They all suggested that cocoa-rich (i.e. dark) chocolate reduces blood pressure in people with hypertension compared to placebo. 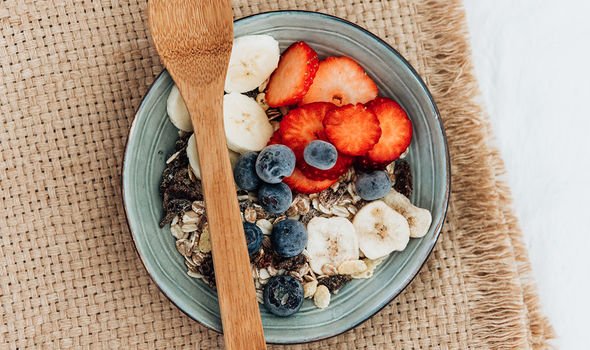 To top if all off, sprinkle over some oats in your delicious breakfast bowl.

In one systematic review, conducted by the University of Leeds, the research team analysed 28 trials.

With all these powerful ingredients – yoghurt, fruit, dark chocolate and oats – becoming part of your breakfast staple, you’ll be starting your morning in one of the best ways to help lower your blood pressure reading.

Stomach bloating: Feeling discomfort in the belly area could signal a deadly disease
Recent Posts
We and our partners use cookies on this site to improve our service, perform analytics, personalize advertising, measure advertising performance, and remember website preferences.Ok