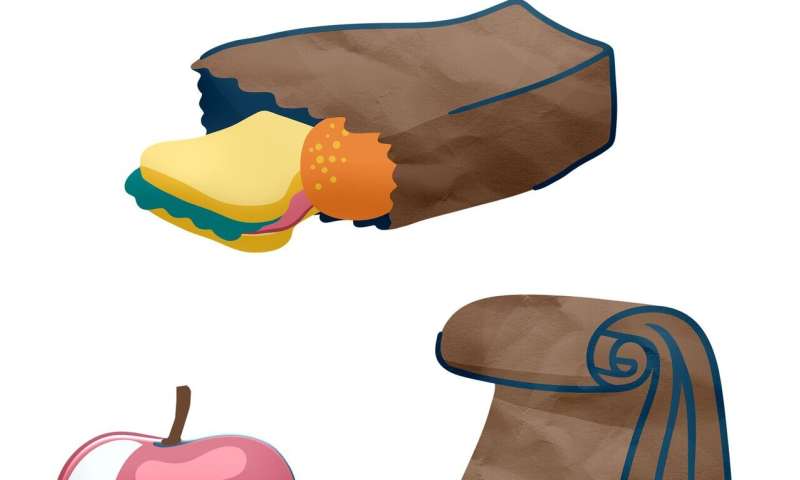 In a new analysis of studies conducted following the implementation of the 2010 Healthy Hunger Free Kids Act (HHFKA), researchers find positive effects on the dietary quality of meals served to school-aged children.

The National School Lunch Program makes it possible for school children in the United States to receive a nutritious school lunch every day. In 2010, the HHFKA required the USDA to create updated school meal standards that better aligned with the Dietary Guidelines for Americans. This included new regulations to promote fruit, vegetables, and whole grains, and limit excess sodium.

In the first national study following the implementation of the HHFKA, researchers observed significant improvements in the quality of school meals. Greater quantities of whole fruit, whole grains, and dairy, as well as limited availability of refined grains, resulted in higher Healthy Eating Index scores, a measure of diet quality used to assess how well a set of foods aligns with the Dietary Guidelines for Americans.

On February 11, 2019 a new rule went into effect, reversing some standards set forth in the HHFKA by giving school lunchrooms flexibility to provide low-fat flavored milk, higher sodium foods, and fewer whole grains. The USDA reported that these changes were in response to concerns over higher plate waste, lower revenue, and decreased participation in the program.

In this new editorial, published in the Journal of the Academy of Nutrition and Dietetics, concerns regarding stricter nutrition standards set forth in the HHFKA are investigated. It is co-authored by Juliana Cohen, Assistant Professor at Merrimack College and Adjunct Assistant Professor of Nutrition at the Harvard T.H Chan School of Public Health, and Marlene Schwartz, Professor of Human Development and Family Sciences and Director of the Rudd Center for Food Policy and Obesity at the University of Connecticut.

What is a super-spreader? An infectious disease expert explains