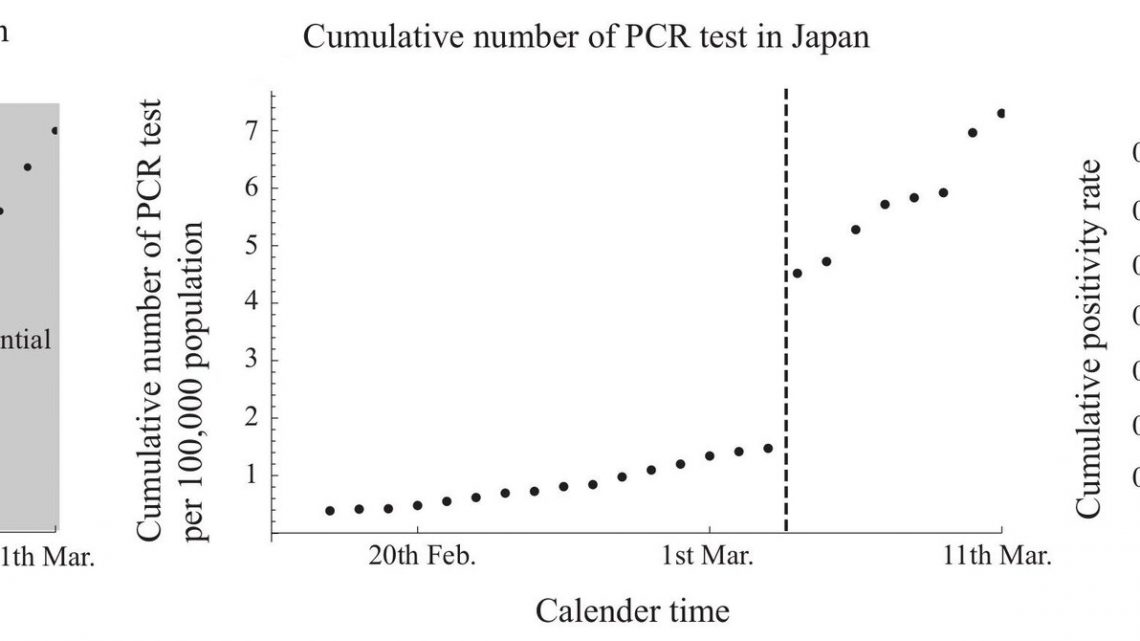 Scientists have reviewed reported cases and testing data of COVID-19 and have determined that changes in the testing rate may be masking the true growth rate and extent of the pandemic.

For epidemics and pandemics such as COVID-19, the response from public health organizations depends on the number of people infected and the rate of increase in infection. Due to the limited number of tests, predicting the actual extent of the pandemic based on available testing capacity is very important. However, as time passes, the testing capacity increases and testing standards improve, changing previous predictions about the growth and spread of the pandemic.

In the current work, a team of three scientists, including Ryosuke Omori from Hokkaido University, reviewed data collected from Italy, Japan, and California, U.S., to determine the effect of changes in the testing rates during the COVID-19 pandemic. Their analysis, published in the International Journal of Infectious Diseases in April, shows that the testing rates need to be standardized across the entire period of the pandemic in order to reflect its actual growth rate.

The data for the cumulative number of COVID-19 cases were obtained from governmental and international databases. The period covered was between February 15 and March 11 for Japan and Italy, and between March 1 and March 21 for California. This data was statistically analyzed. In Italy, the increase in cases was exponential for the entire time period. In Japan, the increase was linear until March 5, and exponential thereafter. In California, there were no cases reported until March 9, but the increase was exponential once cases were reported.

The scientists investigated why a switch between linear and exponential growth in the cumulative number of cases was observed in Japan. They were able to correlate this switch with a rapid increase in the testing rate that occurred between March 3 and March 4. They suggest that the linear increase in the number of cases prior to March 5 does not reflect the true growth of the pandemic but is an effect of saturated testing capacity and preferential testing for highly suspicious samples. The four-fold increase in testing rate revealed the true extent and spread of the pandemic in Japan.

“The bias created by changes in testing rates has public health implications,” says Omori. “Our work indicates that including data on the testing strategy and ascertainment bias will help to model the growth and spread of the pandemic more accurately.”

Can mosquitoes spread the coronavirus?
Recent Posts
We and our partners use cookies on this site to improve our service, perform analytics, personalize advertising, measure advertising performance, and remember website preferences.Ok