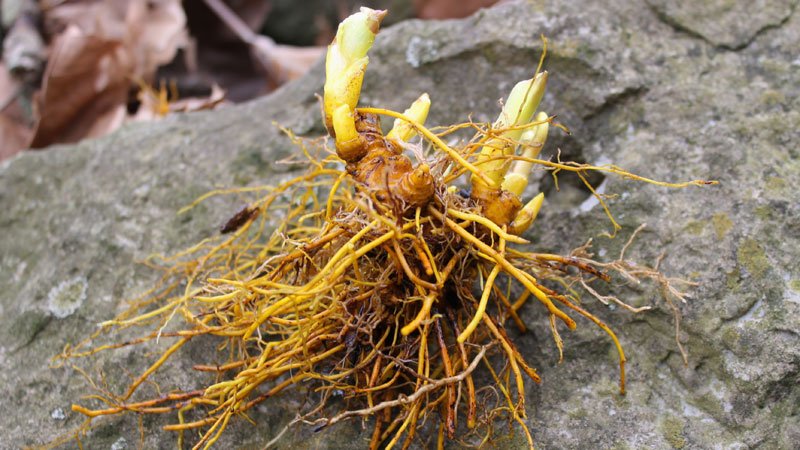 Goldenseal, a natural botanical product, may interfere with intestinal absorption of metformin, potentially compromising blood glucose control in patients with type 2 diabetes, according to investigators.

“Supplements containing goldenseal … a perennial herb native to North America, have consistently ranked among the top 20 highest selling natural products during the last decade,” the investigators wrote in Clinical Pharmacology & Therapeutics . “As more patients continue to seek goldenseal and other natural products to self-treat their medical conditions, there is an increasing need to characterize their safety profiles, especially when co-consumed with prescribed medications, which can lead to adverse natural product-drug interactions.”

Previous clinical studies have shown that goldenseal inhibits cytochrome P450, with one study showing a roughly 40% increase in systemic midazolam exposure via CYP3A inhibition, “suggesting goldenseal could have prolonged inhibitory effects in vivo similar to grapefruit juice,” the investigators wrote.

Clinical and in vitro results for goldenseal-transporter interactions have been mixed, the investigators noted, specifically for P-glycoprotein, while other transporters remain clinically untested.

“Likewise, the effects of [goldenseal alkaloids], all of which are time-dependent inhibitors of CYP3A and/or CYP2D6, have not been tested on transporter function,” the investigators wrote.

To address this knowledge gap, the investigators first performed in vitro transporter inhibition assays and in vitro–in vivo predictions involving goldenseal, plus the alkaloids berberine, (−)-beta-hydrastine, and hydrastinine.

This analysis revealed that a number of transporters were sensitive to inhibition by goldenseal and its alkaloids.

“Using current [Food and Drug Administration]–recommended basic models, the goldenseal product was predicted to inhibit the intestinal efflux transporter BCRP [breast cancer resistance protein] and the hepatic uptake transporters OATP1B1 and OATP1B3,” the investigators wrote, which suggested that goldenseal would increase the area under the plasma concentration-time curve (AUC) of rosuvastatin acid and lactone.

This prediction was clinically tested in 16 healthy volunteers: 8 men and 8 nonpregnant women.

In the baseline portion of the study, each participant received an oral transporter probe cocktail consisting of 10 mg rosuvastatin (OATP1B1/3 and BCRP), 50 mg metformin (OCT1/2 and MATE1/2-K), 1 mg furosemide (OAT1/3), and 2.5 mg midazolam (CYP3A; positive control). Plasma and urine samples were collected before and after the cocktail, with urine collected up to 24 hours later, and plasma collected up to 96 hours later.

Following a minimum 9-day washout period, the same cohort received 1 gram of goldenseal every 8 hours for 5 days. On day 6, the drug cocktail was given again, followed by two additional doses of goldenseal at 4-hour intervals. At the same time points used in the baseline protocol, urine and plasma samples were collected.

Plasma concentration vs. time profiles revealed that the model-based prediction was false, in that the presence of goldenseal did not alter the pharmacokinetics of rosuvastatin acid and lactone. The investigators suggested that this could be due to incomplete dissolution of goldenseal in the intestinal lumen, and/or low enterocyte concentrations of goldenseal stemming from “low permeability or extensive enterocyte metabolism or efflux.”

In contrast, and unpredicted by the basic model, goldenseal had a significant impact on apical efflux transporters MATE1 and MATE2-K, which mediate renal excretion of metformin. In consequence, AUC from zero to infinity and maximum plasma concentration of metformin were reduced by 23% and 27%, respectively.

“These observations, coupled with no change in half-life, suggested that goldenseal decreased metformin oral bioavailability by altering intestinal permeability, transport, and/or other processes involved in metformin absorption,” the investigators wrote.

“Our study showed that goldenseal has an effect on the intestinal absorption of metformin, suggesting that the co-use of metformin and goldenseal may compromise blood glucose control in patients with type 2 diabetes and increase their risk of negative health outcomes,” Paine said. “While this finding warrants a degree of caution to be exercised among patients and their treating physicians, we have more work to do to confirm whether these findings in healthy volunteers in fact have clinical relevance in the management of diabetes. We are in the process of starting a follow-up study that should ultimately answer that question.”

The study was supported by the National Institutes of Health. The investigators reported no conflicts of interest.

This article originally appeared on MDedge.com, part of the Medscape Professional Network.